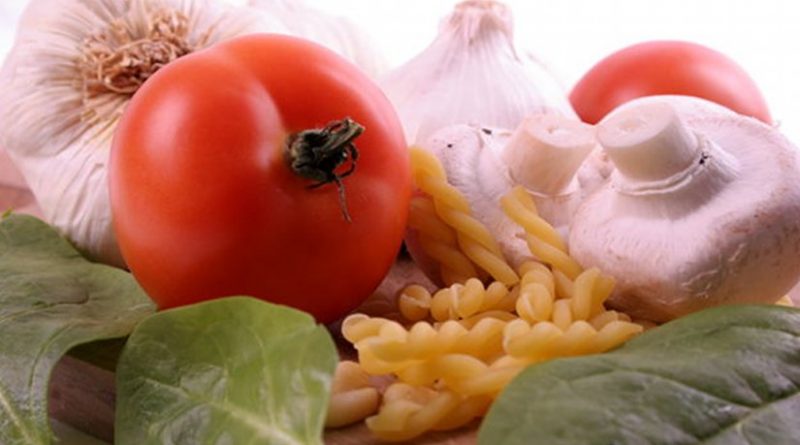 Researchers from the University of Granada (UGR) have proven that frying in Extra Virgin Olive Oil (EVOO) is the cooking method that increases the phenolic fraction present in raw vegetables used in Mediterranean diet (potato, pumpkin, tomato and eggplant) the most. This means an improvement to this foods in the cooking process.

In an article published in Food Chemistry magazine, researchers have proven that vegetables fried in EVOO improved their antioxidant capacity and the amount of phenolic compounds, which prevent chronic degenerative pathologies such as cancer, diabetes or macular degeneration.

The aim of this research was to determine the effect of applying various cooking methods on the antioxidant capacity and the amount of phenolic compounds (total and individual concentrations) present in vegetables consumed in the Mediterranean diet.

The Mediterranean diet of the Spanish population is characterized by a high intake of vegetables and EVOO. These are both an important source of dietary phenols, whose consumption has been associated with the prevention of chronic degenerative pathologies. This kind of antioxidants can be modified during the processing of the foods, increasing or decreasing their concentrations.

With this goal in mind, the researchers conceived an experiment in which they cooked 120 grams cubes of potato (Solanumtuberosum), pumpkin (Cucurbitamoschata), tomato (Licopersicumesculentum) and eggplant (Solanummelongena), all of them without seeds or skin.

Fried, boiled, or with a mix of water and EVOO

The vegetables were fried and sautéed in EVOO, boiled in water, and boiled in a mix of water and EVOO. The experiments were controlled so the processing conditions were guaranteed. The ratio between vegetable and cooking element was constant, following traditional Spanish recipes.

Processed vegetables were kept in right conditions for the measurement of moisture, fat, dry matter and total number of phenols, as well as the measurement of the antioxidant capacity, by various methods. Parallel to this, the research was completed with the determination of the content in individual phenolic compounds typical of each vegetable, using high-performance liquid chromatography (HPLC).

The results showed that using EVOO for frying vegetables increases their fat content and reduces their moisture, while this is not observed in other cooking methods.

“Comparing the content of phenols with that of raw vegetables we found increases and reductions alike, depending on the chosen method. Oil as a mean of heat transfer increases the amount of phenolic compounds in vegetables, opposite to other cooking methods such as boiling, where heat transfer is done through the water,” explained one of the authors of this paper, professor Cristina Samaniego Sánchez from UGR.

EVOO transfers phenols to the vegetables

This is due to a transfer of phenols from EVOO to the vegetables, enhancing the latter with oil-exclusive phenolic compounds which are not naturally present in raw vegetables.

“Therefore, we can confirm that frying is the method that produces the greatest associated increases in the phenolic fraction, which means an improvement in the cooking process although it increases the energy density by means of the absorbed oil,” said Samaniego.

All the cooking methods increased the antioxidant capacity of all four vegetables. It was a reduction of it or an absence of significant changes after boiling them in water, in certain cases.

Samaniego stresses that each cooked vegetable developed a specific profile of phenols, moisture, fat, dry matter and antioxidant activity determined by the original characteristics of the raw vegetables and the cooking method applied.

“When the phenolic content of the raw vegetable is high, the total content of phenols is increased even more if EVOO is used in the process, and boiling doesn’t affect the final concentration. Therefore, we must stress that frying and sautéing conserve and enhance the phenolic composition. Hydrothermal cooking methods can be recommended when the food is consumed together with the cooking water, as the addition of EVOO improves the phenolic profile and compensates for the deficiencies of the raw food,” the researcher stressed.

Home » Frying Vegetables With Olive Oil Healthier Than Boiling Them?