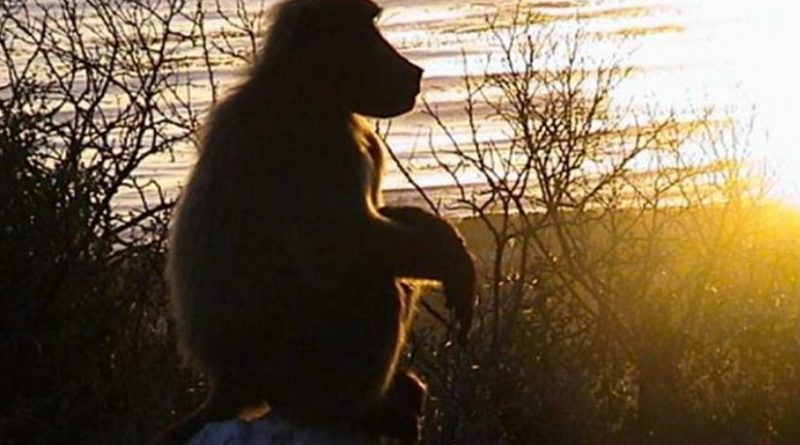 “Desperate times lead to desperate measures,” so the saying goes, and a new study finds male baboons are no exception.

Some baboon males vying for a chance to father their own offspring expedite matters in a gruesome way — they kill infants sired by other males and attack pregnant females, causing them to miscarry, researchers report.

The behavior reduces their waiting time to breed with pregnant and nursing females, who otherwise wouldn’t become sexually available again for up to a year.

The perpetrators are more prone to commit domestic violence when forced to move into a group with few fertile females, said first author Matthew Zipple, a graduate student in professor Susan Albert’s lab at Duke University.

Researchers studying a baboon population around Amboseli National Park in southern Kenya found that immigrant males were responsible for roughly 2 percent of infant deaths and 6 percent of miscarriages between 1978 and 2015. But when cycling females were few, the death rates more than tripled.

“In situations where males have few opportunities, they resort to violence to achieve what’s necessary to survive and reproduce,” Zipple said. “When reproductive opportunities abound, this behavior is less frequent.”

The findings, appearing online Jan. 18 in Proceedings of the Royal Society B, come from a long-term study of wild baboons monitored on a near-daily basis since 1971 at Amboseli.

At any given time, a troop of baboons typically contains one or two newly arrived males that have left the group where they were born in search of opportunities to reproduce and pass on their genes elsewhere.

While combing through decades of baboon census records, the researchers noticed a mysterious spike in infant deaths and lost pregnancies in the two weeks after a new male arrives in a troop.

One and 2-year-olds weren’t affected, suggesting the males weren’t engaging in random acts of cruelty, but were targeting pregnant females and nursing infants in particular.

Other studies of animals including baboons, lions, dolphins and rodents have documented infanticide, but rarely feticide, said Alberts, chair of evolutionary anthropology at Duke.

Amboseli researchers witnessed two killing sprees of infants and unborn babies at the hands of separate males in the 1980s, but they were presumed to be isolated incidents until now.

Over the years researchers have proposed several possible reasons why males might kill infants of their own species. One long-standing hypothesis argues that the behavior makes females fertile again faster.

A baboon male would normally have to wait at least a year for a pregnant or lactating female to finish gestating and nursing her infant and resume cycling for a chance to sire her next offspring. But with no baby to gestate or feed anymore, females that suffered a miscarriage or the death of an infant were ready to conceive again within 41 days.

Most killer males went on to mate with the mothers of their victims, the researchers found.

A minority of male immigrants were to blame for the killings. The most common culprits were those who quickly rose to one of the top three spots in the male pecking order.

Time is of the essence to go-getter males. Those who bite and bully their way to the top get to monopolize most of the mating, but only so long as they maintain their high rank.

To take advantage of the perks of his position a newly dominant male has to move quickly, Alberts said. Even the most competitive males only manage to reign for 12 months on average before they’re overthrown and lose their edge in the mating market.

Shortages of fertile females were particularly common in times of food scarcity, when baboon troops distance themselves from each other and females take 15 percent longer between successive births — which means males who don’t kill have even longer to wait.

“It’s not just who they are, it’s the circumstances they find themselves in that makes the difference,” Zipple said.