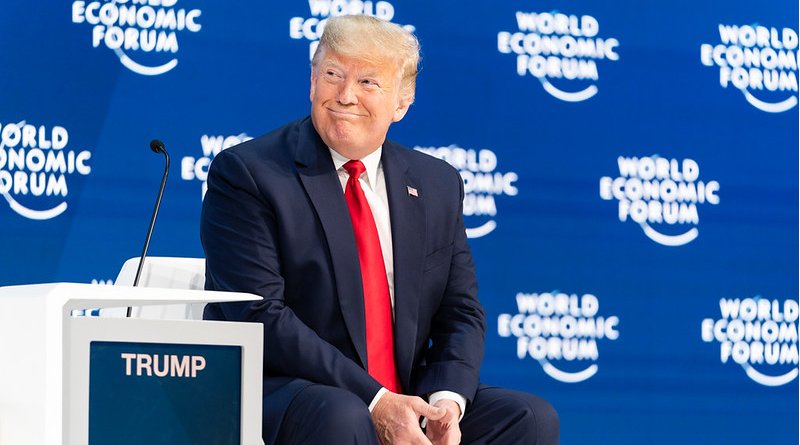 As the Senate debates Donald Trump’s future, chief executives, financiers and politicians have assembled in Davos, Switzerland, for their annual self-congratulatory defense of global capitalism.

The events are not unrelated. Trump is charged with abusing his power. Capitalism’s global elite is under assault for abusing its power as well: fueling inequality, fostering corruption and doing squat about climate change.

Chief executives of the largest global corporations are raking in more money and at a larger multiple of their workers’ pay than at any time in history. The world’s leading financiers are pocketing even more. The 26 richest people on Earth now own as much as the 3.8 billion who form the poorer half of the planet’s population.

Concentrated wealth on this scale invites corruption. Across the world, big money is buying off politicians to procure favors that further enlarge the wealth of those at the top, while siphoning off resources from everyone else.

Corruption makes it impossible to fight stagnant wages, climate change or any other problem facing the vast majority of the world’s population that would require some sacrifice by the rich.

Popular anger is boiling over against elites seen as irredeemably greedy, corrupt and indifferent to the plight of most people struggling to get by. The anger has fueled uprisings in Chile, Spain, Ecuador, Lebanon, Egypt and Bolivia; environmental protests in the UK, Germany, Austria, France and New Zealand; and xenophobic politics in the US, the UK, Brazil and Hungary.

Trump’s support comes largely from America’s working class whose wages haven’t risen in decades, whose jobs are less secure than ever and whose political voice has been drowned out by big money.

Although Trump has given corporations and Wall Street everything they’ve wanted and nothing has trickled down to his supporters, he has convinced those supporters he’s on their side by channeling their rage on to foreigners, immigrants, minorities and “deep state” bureaucrats.

It seems strangely appropriate, therefore, that the theme of this year’s Davos conclave was “stakeholder capitalism” – the idea that corporations have a responsibility to their workers, communities and the environment as well as to their shareholders.

Speeches there touted the “long-term” benefits of stakeholder capitalism to corporate bottom lines: happy workers are more productive. A growing middle class can buy more goods and services. Climate change is beginning to cost a bundle in terms of environmental calamities and insurance, so it must be stopped.

All true, but the assembled CEOs knew they’d get richer far quicker by boosting equity values in the short term by buying back their shares of stock, suppressing wages, fighting unions, resisting environmental regulations and buying off politicians for tax cuts and subsidies.

This has been their strategy for three decades, and it’s about to get worse. Three researchers – Daniel Greenwald at MIT’s Sloan School, Martin Lettau at Berkeley and Sydney Ludvigson at NYU – found that between 1952 and 1988, economic growth accounted for 92% of the rise in equity values. But since 1989 most of the increase has come from “reallocated rents to shareholders and away from labor compensation”. In other words, from workers.

What this means is that in order for the stock market to do as well in coming years, either economic growth has to accelerate markedly (won’t happen), or chief executives will have to siphon off even more of the gains from growth from workers and other stakeholders to their shareholders.

The latter will require even more downward pressure on wages, more payoffs to politicians for tax cuts and subsidies and further rollbacks of environmental regulations. All of which will worsen the prevailing discontent.

There was no mention at Davos of any of this, nor of the increasing political and economic power of these elites and the diminishing power of average workers and citizens around the world.

Nothing was achieved in the Swiss Alps because the growing global discontent has yet to affect the bottom lines of the corporations and financial institutions whose leaders are assembling to congratulate themselves on their wealth, influence and benevolence.

Trump, meanwhile, is likely to be acquitted by Senate Republicans who are so cowardly and unprincipled that they will ignore his flagrantly unconstitutional acts.

Trump spoke at Davos – an impeached president addressing world economic leaders while being tried in the Senate. He boasted about the stock market, bullied and lied, as usual.

One thing he did not say is that the whatever-it-takes abuses of economic and political power such as he and much of his audience are engaged in threaten to destroy capitalism, democracy and the planet.