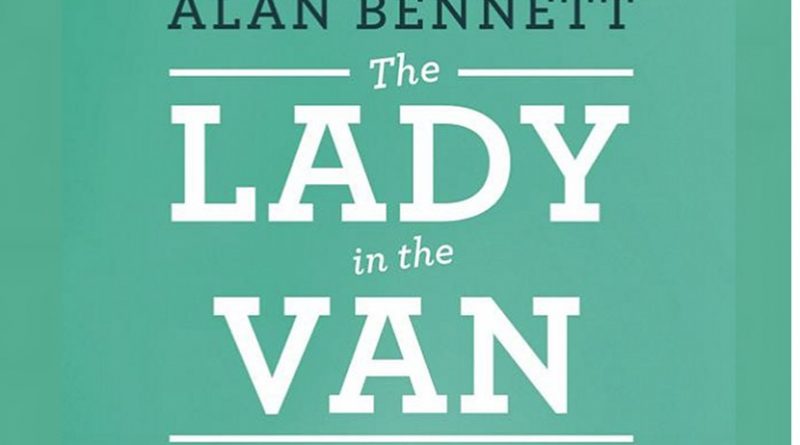 It does seem specific. A middle class concern centred on a man and an elderly woman, a sort of surrogate, irritating mother type of indulgent wisdom and uncertain past, seemingly irritating yet, on some level, fulfilling. Alan Bennett writes prose that moves gracefully, a sort of tender glaze of tea, cocoa and the fire place. But it was Bennett who brought, into being, this figure who provided haunting teases, provocations and awareness.

It’s all about a van, this un-priestly domain of living, and its indomitable occupant, a certain Miss Mary (or Margaret?) Shepherd, who proffers manners godly but prefers, often, a distinctly profane form of living. The van itself, poor condition, appears in Gloucester Crescent, north London. Movement followed, a kind of inexorable progression. Eventually, number 23 – Bennett’s residence – became a home. She would stay for fifteen years.

These are fifteen years that waver between emotions, though one is consistent. “One seldom was able to do her a good turn without some thoughts of strangulation,” remembers Bennett. During her stay, she is effusive about receiving “guidance from the Virgin Mary” and claims to being horrendously busy. She sells tracts. “I sell them, but so far as authorship is concerned I’ll say they are anonymous and that’s as far as I am prepared to go.”

She becomes a feature of Gloucester Crescent. For some, its pity – and these are given short shrift; then there the youths keen to get a look. Even police on the beat, as Bennett recalls, were happy to have their little stab of curiosity to “enliven a dull hour of their beat.” She becomes an object of village persecution, from stall holders to children. Drunks smash the windows of the van. The vehicle, at stages, is given a violent rocking. But she maintains, throughout, a degree of equanimity. She even has time to tell Bennett that she witnessed “a ginger feller I saw in Parkway in company with Mr Khrushchev. Has he disappeared recently?”

Then there is the sanitation – or its conspicuous lack of. Concealment and blame are the order of the day: Yardley dusting power is used generously; and, when in doubt, some other cause is identified as being responsible for the “Susie Wong”.

For Bennett, charity is not unadulterated. This, perhaps, is the lingering lesson of this encounter. He quotes, at the start of his account of Miss S in Writing Home, William Hazlitt’s observations in “On the Knowledge of Character” (1822): “Good nature, or what is often considered as such, is the most selfish of all virtues: it is nine times out of ten mere indolence of disposition.”

There is guilt, self-interest and anger in such a disposition. The repeated attacks and attention eventually see Miss S find her way into a form of tenancy in the garden, security that provides scant comfort for Bennett. He wanted “a quiet life as much as, and possibly more than, she did. In the garden she was at least out of harm’s way.”

When Miss S finally moves off the mortal coil, having bathed, given a set of fresh clothes and clean sheets, Bennett finds himself searching her van searching for clues as to what made her live the way she did. He was surprised to find it all rather ordinary, in fact, as ordinary as the lives of others, particularly his own mother: kitchen utensils, soap, talcum powder, hoarded toilet rolls. “The more I laboured, the less peculiar the van seemed – its proprieties and aspirations no different from those with which I had been brought up.” And there are the savings, some £6,000.

Two remarkable women have entered this figure (figuratively speaking), attempting to capture the essence of that Lady in the Van. Maggie Smith, who played Miss S in the 1999 stage production and then in the film version in 2015, is inimitable, hard bitten, and impossible. Miriam Margolyes adds a tender dimension to the Melbourne stage, using her entire frame to convey presence. She does not match the original description of Miss S by Bennett in any convincing sense: “Nearly six foot, she was a commanding figure” though the outfit is correct enough: “greasy raincoat, orange skirt, Ben Hogan golfing cap and carpet slippers.” Height is compensated for in terms of sheer billowing character.

The display at the Melbourne Theatre Company’s production falters a tad with the two figures playing Bennett – such bifurcations can be a tricky business. One Alan is bad enough, but we are left with two, voices teasing, adjusting, cajoling each other like lingering lovers. It is clear that somewhere there, a demon is meant to push the angel over, though neither is entirely demonic nor angelic.

Critics, worried about their brief, will attempt to read things into matters that do not exist. Smith is the naturally hardened one, immune to brittle senses yet aware; and Margolyes has a certain heavenly struck sense about her, touching amidst the faecal spread and confessions. Both figures may well have played an inscrutable character disposed to a certain urine smell and the incontinence pad but both supply the necessary boldness for the role in contrast to the timid Bennett, who lives, in Camus’s words, “slightly the opposite of expressing.” Fittingly, they stretch the bounds of charity, showing, as it were, its selfish virtuousness.

Home » The Most Selfish Of Virtues: Alan Bennett’s Lady In The Van – Review