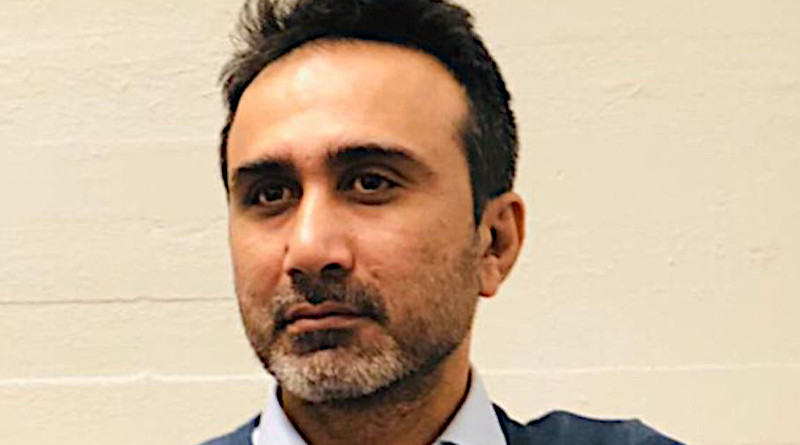 In 2012, a young journalist named Sajid Hussain started receiving death threats for reporting on the unspeakable atrocities being committed in Balochistan against innocent locals by Pakistan army and other law enforcement agencies (LEA) under its control. Having worked as  assistant editor of ‘The News’ and city editor of ‘Daily Times’, he didn’t think much of it initially, but after his house was raided, family members interrogated and was tailed by suspicious persons, he did what any Balochi in his place have been doing for years – he quickly packed his bags and fled Pakistan.

But while Sajid was no coward, he wasn’t foolhardy either. Living in Balochistan had taught this young Baloch that the ‘agency’ (a euphemism for Pakistan army’s notorious spy agency, Inter Services Intelligence or ISI) is extremely sensitive to any criticism of the army and equally unforgiving while dealing with those it considers to be defaulters. The retribution is harsh and swift since the ISI is the prosecutor, jury, judge, and executioner.

In fact, the brazen level of lawlessness exhibited by Pakistan army and LEAs in Balochistan is such that even the Unrepresented Nations and Peoples Organisation (UNPO), which is an international membership-based organisation established to empower the voices of unrepresented and marginalised peoples worldwide and to protect their fundamental human rights, aptly refers to such cold blooded exterminations  as Balochistan’s “kill and dump” policy.

Sajid’s fears at that time were understandable. Just three years ago, his uncle Ghulam Muhammad Baloch, (who founded Balochistan National Movement or BNM), along with two other Balochi activists were abducted in broad daylight from the office of a lawyer in Turbat and their badly mutilated corpses were subsequently found dumped elsewhere. What’s surprising is that Baloch was killed even though he as part of a local committee of elders had secured the release of abducted UN worker John Solecki, less than a week ago. So, besides being a journalist fighting for securing the fundamental human rights of his own people, being the nephew of the BNM founder who was a ‘kill and dump’ victim aggravated his vulnerability.

Another possible reason that may have persuaded Sajid to take the tough decision of opting for an unsure future by going into self-exile could be the revelation of Baloch Republican Party secretary-general, septuagenarian Bashir Azeem contained in 2011 Human Rights Watch (HRW) report on ‘Enforced Disappearances in Pakistan’.  In this report, it is mentioned that during his April 2010 “unacknowledged detention,” Bashir was told by a Pakistani official that “Even if the president or chief justice tells us to release you, we won’t. We can torture you, or kill you, or keep you for years at our will. It is only the Army chief and the (intelligence) chief that we obey.”

Though he was able to escape from Pakistan, but life in exile wasn’t easy and for the next five years, Sajid worked his way from Oman to United Arab Emirates and then to Uganda, before finally making it to Sweden where he was finally granted political asylum. As chief editor of the Balochistan Times news website, he resumed exposing atrocities being committed against the Balochis, which most certainly would have enraged Rawalpindi.

In fact, even the international media watchdog, Reporters Without Borders (RSF), which stands committed to the promotion of free, independent and pluralistic journalism and to defend media workers, had observed that the Balochistan Times “often crossed the ‘red lines’ imposed by the military establishment in Islamabad.”

So, when Sajid mysteriously disappeared on March 2, all fingers of suspicion pointed at the military establishment and its spy agency ISI. Four weeks after Sajid suddenly vanished without any trace, president of RSF (Swedish Section) Erik Halkjaer said, “Considering the recent attacks and harassment against other Pakistani journalists in Europe, we cannot ignore the possibility that his disappearance is related to his work.” Head of RSF (Asia-Pacific desk) Daniel Bastard, has been more forthright by concluding that “everything indicates that this is an enforced disappearance” and his assessment is based on the logical reasoning that “if you ask yourself who would have an interest in silencing a dissident journalist, the first response would have to be the Pakistani intelligence services.”

Sajid’s disappearance isn’t a common case of abduction — it is the brazen manifestation of an organisation that is law unto itself and doesn’t care tuppence for international conventions on human rights. So much so that while responding to senior journalist Hamid Mir’s query regarding enforced disappearances in Balochistan, Maj Gen Asif Ghafoor, the former Director General of Inter Services Public Relations (Pakistan army’s media wing) had the unmitigated temerity to say “We don’t want any person to go missing but where there is a war, you have to do a number of (unpleasant) things- as they say, everything is fair in love and war. War tends to be ruthless.” Even a ruthless butcher like Heinrich Himmler never made such an uncouth statement.

Unfortunately, the international community hasn’t taken note of this unabashed admission that completely exposes three perverted canons that Rawalpindi is religiously follows in Balochistan. One, as far as Pakistan army is concerned, it’s aim in Balochistan is not getting back misguided citizens into the national mainstream but a ‘war’. Two, since “war tends to be ruthless,” soldiers of Pakistan army “have to do a number of (unpleasant) things,” and three, whatever the army is doing in Balochistan is justified because “everything is fair in love and war”!

That’s why Asia program coordinator of New York-based Committee to Protect Journalists (CPJ) Steven Butler’s view that “The disappearance of a journalist who focused on one of Pakistan’s most sensitive issues — human rights in Balochistan — and who escaped Pakistan because of threats he received, is especially concerning,” calls for due deliberation.

Turning Nelson’s eye on the ongoing human right excesses against innocent civilians in Balochistan doesn’t behove the international community, which is spending so much time, money and energy in just waxing eloquent on human rights for all.

God forbid, but if something untoward happens to Sajid, then we must have the moral courage to accept that we have, by our silence and apathy are guilty of abetment in his enforced disappearance. Similarly, if we fail to humanise the Pakistan army’s actions in Balochistan, then we too will the blood of innocent Balochi men, women and children on our hands!