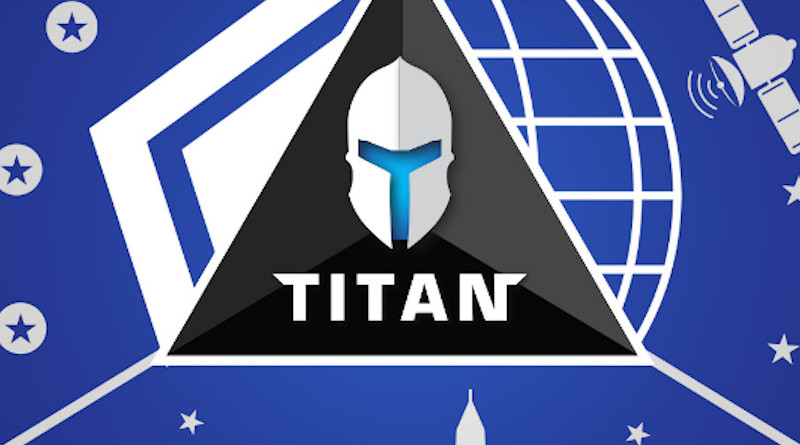 The DOD’s new artificial intelligence (AI) strategy is a treasure trove of ideas.1 Unveiled during a February 2019 press conference, it is (to put it mildly) an ambitious document, and its implications are far-reaching. In a departure from hard-coded “garbage-in, garbage-out” programs that burp out specific output, algorithm writers will craft code that learns on its own. Neural networks modeled after biological systems might one day roam the gray areas of human thought. With time and considerable training, AI will discern tanks from trucks or MiGs from run-of-the-mill airplanes.

Autonomous vehicles will transport troops to the frontlines, and someday pilotless aircraft might transport cargo and refuel fighters. Developmental Air Force AI already enables semiautonomous “loyal” wingmen, guided by pilots, to carry out preprogrammed missions from the relative safety of their cockpits.2 Later, faulty parts imbued with AI would speak out when their replacement comes due, making maintenance schedules more efficient and less costly. Military doctors might recommend an early biopsy after an AI-assisted ultrasound detects disease, thus improving prognoses so that all Americans might live longer, fuller lives.

Air Force generals presently envision a world where AI rapidly transforms data into knowledge that accurately informs a human-led decision-making process.3 “We need our analysts to harmonize the data-to-decision quality at speed,” said Air Force Director of Intelligence Lt Gen VeraLinn “Dash” Jamieson during an interview at Goodfellow AFB,Texas in 2017.“We must build the next generation ISR enterprise capable of possessing decision advantage across the entire spec- trum of conflict.”4

But to get there, developers require a preaccredited, flexible cloud to cultivate the AI strategy’s ideas, lest they die an untimely death on the policy vine. Another must is a secure DOD cloud that stores the considerable quantity of data that would fuel the nation’s AI and machine learning algorithms. Skeptics say the piles of servers and processors it would take cost billions. But a partnership between Lt Gen John N. T. ( Jack) Shanahan’s new Joint Artificial Intelligence Center ( JAIC) and a little-known Air Force cloud service called TITAN (Technology for Innovation and Testing on Accredited Networks) could bring value while making everyone’s AI dreams come true for a fraction of the cost. First, let’s put cloud computing in context by looking at its costs and the role it plays in managing the Pentagon’s IT.

According to the Government Accountability Office, the federal government invests more than $90 billion annually in the development, implementation, and maintenance of IT infrastructure.5 To offset this cost, the Office of Management and Budget debuted its Cloud First Strategy, which mandated agencies pool IT resources in secure, efficient, and cost-effective ways.6 Cloud computing eliminates storing data on bare metal, stand-alone hard drives and shifts the burden to groupings of software and high-capacity storage servers. A cloud’s elasticity allows administrators to add (or subtract) storage and computing power while public and private user groups lend it scalability.

The DOD went all in with the cloud, investing $2.7 billion between 2015–18. Its subordinate organizations operate an estimated 500 clouds, and as of 2019, the Pentagon racked up 88 cloud investments out of 2,735 for IT overall.7 The sheer number of clouds managed by multiple vendors poses a growing administrative headache. The Joint Enterprise Defense Infrastructure ( JEDI) initiative, with its estimated $10 billion price tag over 10 years, seemed to be the cure. Businesses from across the tech community flocked to Washington with their proposals. Microsoft, a decades-long mainstay of government IT, recommended Azure for JEDI. Amazon Web Services (AWS), a relative upstart, offered its seemingly infinite storage capacity.

AWS was a favorite to win because it gained the government’s confidence in storing sensitive information and programs.8 Engineers from the private and government sectors use AWS’ SageMaker to create machine-learning algorithms with drag-and-drop ease. Clouds would consolidate under JEDI’s umbrella and lessen confusion as the department transferred its oldest legacies into it.9 One set of tools and standards for AI (or other software development for that matter) affords engineers a shared environment to discover information and create algorithms.

Traditional computer firms, like IBM and other Silicon Valley players like Oracle, have lodged complaints. They claimed awarding JEDI to a single company unfairly stifles competition and makes the military’s cloud especially vulnerable to Russian and Chinese cyberattacks.10 The arguments soon intensified and took a more personal turn. President Donald Trump’s feud with Amazon CEO Jeff Bezos spilled into public view, and in a surprise ruling Microsoft was granted the huge contract. In its appeal to a U.S. federal court, Amazon says “political influence” tipped the Pentagon’s decision, and that procurements should be administered “objectively.”11

Meanwhile, as corporate and government lawyers do battle, an average-looking industrial building sits tucked into the scrub pines and dogwood trees of Fort Belvoir, Virginia. Inside one of its air-cooled rooms, chilled to 65 degrees Fahrenheit, are dozens of repurposed computer servers quietly whirring away. To the average onlooker, the sight might seem unimpressive, but this is TITAN, a government-owned, contractor-operated cloud worth $18 million—a veritable shoestring compared to JEDI. The US Air Force’s ISR Innovations Directorate founded TITAN in 2016. It is funded entirely by Headquarters Air Force’s ISR chief information officer and maintained by a handful of defense workers.

TITAN is unique because it is a hybrid cloud, a place where engineers rapidly prototype and deploy their software or custom applications. At 7.6 petabytes, it is modestly sized and ideal for the JAIC’s specialized work. To the layman, a petabyte might not seem like much, but it’s a very sizable chunk of data. Back in 2013, the Air Force’s Distributed Common Ground System was processing 1.3 petabytes per month, which equates to about 1,000 hours of full-motion video per day.12 By comparison, in 2014, Facebook’s massive 1.2 billion user base was generating four new petabytes of content per day.13

A hybrid cloud combines the best of private and public clouds. Public clouds’ combination of hardware, software, and storage services are managed by a third party while private clouds are sequestered from the public and protected by a firewall. “Combining public services with private clouds and the data center as a hybrid is the new definition of corporate computing,” says Judith Hurwitz of Hurwitz and Associates, an IT consulting firm. “Not all companies that use some public and some private cloud services have a hybrid cloud. Rather, a hybrid cloud is an environment where the private and public services are used together to create value.”14

Top cloud competitors AWS and Microsoft Azure offer a combination of physical and virtual suites, too. They bill their customers on a monthly pay-as- you-go basis. While AWS typically charges customers by the hour, Microsoft Azure and its Machine Learning Service charge by the minute. The attraction to AWS stems from its unalloyed computing power. Depending upon the customer, it can increase scale to thousands of machines and weave neural nets that far exceed TITAN’s limit. Azure, on the other hand, is less hardware intensive. Customers can have as many virtual machines as they like. Simple to use cookie-cutter software loads make start-up easy. And both firms enable the fast-paced development-to-operations (DevOps) culture that pervades software development and AI today.

But AWS and Microsoft Azure create vendor lock-in, which eventually commits (or locks) customers into using their specific proprietary tools indefinitely. Not TITAN. Its value to the JAIC comes from its agnostic nature, where users are in control. They can choose either the Microsoft or Linux operating systems for DevOps, at no monthly or daily expense, and with zero strings attached.

And, unlike the typical government 1990s-style data center where IT support occurs in-house (or, on-premises), TITAN is managed off-premises. Its servers are separate from the Pentagon but kept secure and effectively reachable by all its customers. TITAN’s almost two dozen customer agencies can access 430 data feeds via virtual machines worldwide and develop custom software without purchasing additional equipment.

Portability is a plus, too, because administrators can log in almost anywhere to diagnose problems, upload software patches, make updates themselves, or automate the tasks. As an added benefit, like AWS and Microsoft Azure, TITAN has authorities to operate on the DOD’s unclassified and classified systems, an essential requirement for clouds, according to former Deputy Secretary Patrick Shanahan’s Cloud Executive Steering Group.15 With a flexible, preaccredited cloud that provides developers value and relative cost savings to the taxpayer, the JAIC’s choice is clear. A TITAN partnership will help the Pentagon discover the AI advances of tomorrow to improve America’s security and quality of life today.

Disclaimer: The views and opinions expressed or implied in the Journal are those of the authors and should not be construed as carrying the official sanction of the Department of Defense, Air Force, Air Education and Training Command, Air University, or other agencies or departments of the US government.

*About the author: Major Giannetti (MS, St. Joseph’s University) is a reserve officer assigned to the Headquarters Air Force staff at the Pentagon.

This article was originally published in the Air and Space Power Journal Volume 34, Issue 1, Spring 2020 (PDF).

1. “Summary of the 2018 Department of Defense Artificial Intelligence Strategy: Harnessing AI to Advance Our Security and Prosperity,” 12 February 2019, https://media.defense.gov/.

5. US Government Accountability Office (GAO), “Cloud Computing: Agencies Have In- creased Usage and Realized Benefits, but Cost and Savings Need to Be Better Tracked,” Report to Congressional Requesters, April 2019, https://www.gao.gov/.

The Air and Space Power Journal (ASPJ) is the US Air Force’s (USAF) professional peer-reviewed journal and the leading forum for airpower thought and dialogue. ASPJ seeks to foster intellectual discussion and debate among air, space, and cyber power leaders, both domestically and internationally.