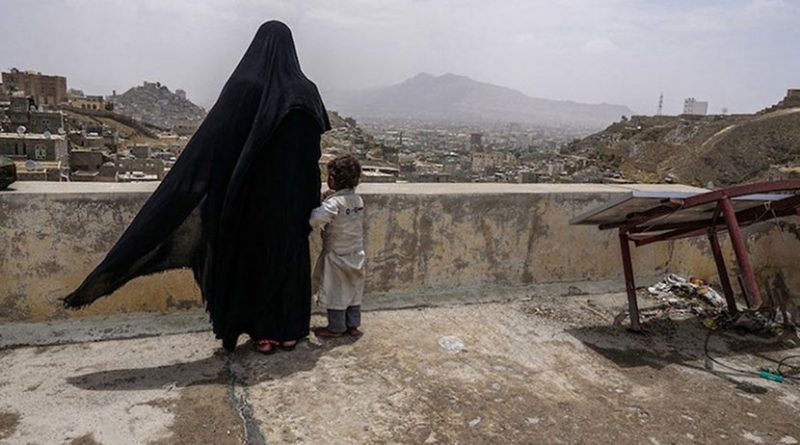 The United Nations is apparently incapable of pushing for a political solution to the more than two-year-old conflict plaguing Yemen, one of the Arab world’s poorest countries, which has been devastated by a war between forces loyal to the internationally-recognised government of President Abdrabbuh Mansour Hadi and those allied to the Houthi rebel movement.

More than 7,600 people have been killed and 42,000 injured since March 2015, the majority in air strikes by a Saudi-led multinational coalition that backs the president, according to independent sources. The conflict and a blockade imposed by the coalition have also triggered a humanitarian disaster, leaving 70% of the population in need of aid.

The UN’s helplessness was underlined during a Security Council meeting in New York on August 18, when the Special Envoy of the Secretary-General to Yemen, Ismail Ould Cheikh Ahmed, said: “Death looms for Yemenis by air, land and sea.”

Referring to diseases and epidemics that are at unprecedented levels in Yemen, he added: “Those who survived cholera will continue to suffer the consequences of ‘political cholera’ that infects Yemen and continues to obstruct the road towards peace.”

He noted that while the international community is united in its support of a peaceful solution, certain parties to the conflict take advantage of internal divisions and focus on personal interests. “What is missing at this point is for the parties to the conflict, without any delays, excuses or procrastination, to demonstrate their intention to end the war and put the national interest above ay personal gains,” the UN envoy said.

Every day spent without serious action means more destruction and death, he said, as well as the spread of terrorist groups – such as the Al Qaeda in the Arabian Peninsula – and “uncontrolled migration” through the Gulf of Aden to Yemen, where more than 41 migrants died in early August after being forced to abandon their boats and jump.

Ould Cheikh Ahmed was reiterating some of the key points from Under-Secretary-General for Humanitarian Affairs and Relief Coordinator, Stephen O’Brien who also addressed the Security Council.

Before the conflict, Yemen had been making progress, with fewer people hungry and rising school enrolment, O’Brien said in his statement. “All of this has been sharply reversed,” he said, noting that 17 million Yemenis out of a population of 27 million are hungry; nearly 7 million facing famine, and about 16 million lack access to water or sanitation.

O’Brien highlighted several key challenges, including a funding shortage – the $2.3 billion Yemen Humanitarian Response Plan is only 39 per cent funded. He also underscored the interference to movement of critical commercial and humanitarian supplies and staff.

“De facto authorities in Sana’a or local officials in areas under their control block, delay or otherwise interfere with humanitarian action,” said O’Brien. The humanitarian official urged the international community to ensure that all ports are open to civilian, including to commercial traffic.

He called for those Governments and individuals with influence to influence the fighting parties to respect the international humanitarian and human rights law and to strengthen accountability.

Considering that 1.2 million public employees have not been paid regularly for months, he also urged that civil servant salaries be paid so that the basic services in the country do not collapse. “This human tragedy is deliberate and wanton – it is political and, with will and with courage which are both in short supply, it is stoppable,” he said, reiterating the UN’s ongoing calls for a political solution to the conflict.

The UN has organised three rounds of peace talks. There was hope of a breakthrough at the last round, which opened in Kuwait in April 2016, with both the Houthis and the Saudis seemingly under pressure and willing to negotiate.

However, the talks collapsed three months later, triggering an escalation in the fighting that the UN said resulted in the number of civilian casualties rising dramatically.

The government headed by President Hadi says the political process can only proceed if UN Security Council resolution 2216, which calls for the rebels to withdraw from all areas they control and lay down their arms, is fully implemented.

But reports say that Hadi is on the ropes. “His authority has been undercut by militias funded and controlled by Saudi Arabia and the United Arab Emirates, the very countries fighting to restore him to power,” according to a confidential UN report seen by Foreign Policy.

It adds: “Several of Hadi’s top ministers have broken ranks, establishing a separate transitional council with visions of governing the southern Yemen. The council, according to the UN panel of experts, enjoys sufficient support within the Yemeni military ‘to constitute a significant threat to President Hadi’s ability to govern in the south.'”

The Foreign Policy reports: “For nearly two-and-a-half years, Saudi Arabia and its allies, equipped with American-built aircraft and precision-guided rockets, have prosecuted one of the most advanced airpower campaigns against one of the world’s poorest countries.

“But the Saudi-led coalition’s overwhelming military superiority has brought them no closer to victory. Instead, it has furthered Yemen’s political fragmentation, deepened a humanitarian crisis that has brought the country to the brink of famine, and fed widespread public resentment in response to high civilian casualties.”

Foreign Policy quotes the UN Security Council panel of experts saying: “The Saudi Arabia-led coalition strategic air campaign continues to have little operational or tactical impact on the ground, and is only serving to stiffen civilian resistance.” The coalition is also helping to “consolidate” a military alliance between ethnic Houthi insurgents and Yemen’s disgraced former leader, Ali Abdullah Saleh, who control 13 of the country’s governorates, including the capital of Sana’a.

The disarray has provided a rich breeding ground for extremists, including the Islamic State and al Qaeda, which, the panel believes, “is looking to launch terrorist attacks against targets in the ‘West.’” The report notes that al Qaeda may be bolstering its ability to carry out attacks on sea vessels, citing the seizure of water borne explosive devices and a marine radar scanner in the terror group’s former stronghold of Mukalla. Al Qaeda local leader, Qasim al-Raymi, recently released a video encouraging “lone wolf’ attacks against targets in the West, the panel noted.

One thought on “UN Helpless While ‘Death Looms For Yemenis’ – Analysis”