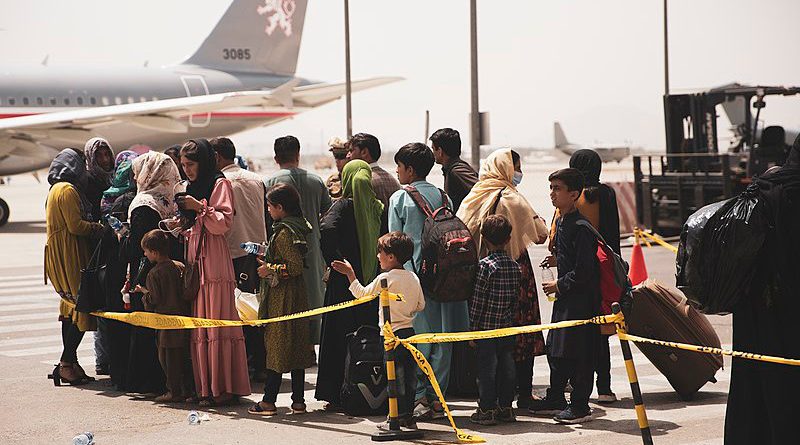 Do not for a minute think that this is a kind, heart-felt thing in the aftermath of Kabul’s fall. True, a number of Afghans will find their way to Germany, to Canada, to the UK, US and a much smaller number to Australia.  But this will be part of the curtain act that, in time, will pass into memory and enable countries to return to their harsh refugee policies.

Britain’s Home Secretary, Priti Patel, is none too enthused about welcoming high numbers of Afghan refugees.  “We have to be realistic in terms of those that we can bring to the country and resettle in a safe and secure way while giving them the right opportunities going forward in resettlement.”

This waffly formulation has yielded the following formula: the UK will accept a mere 20,000 staggered over five years.  Only 5,000 will be admitted in the next year, after which, presumably, the situation will resolve itself.  “What are the 15,000 meant to do,” asked Labour’s Chris Bryant, “hang around and wait to be executed?”

However inadequate Britain’s response has proven, Australia’s approach remains without peer. Every excuse has been made to delay, to obstruct, to prevent an orderly transfer of Afghan interpreters and former security personnel out of the country.  The Morrison government has become a specialist prevaricator, waiting for the horse to bolt before even finding the barn.  Instead of bothering to use strategic common sense and see the writing on the wall for the Afghan government based in Kabul, it waited months before deciding, abruptly, to close the embassy at the end of May only to then suggest it would need to put in Australian personnel to assist in the evacuation.

The number of humanitarian visas currently being offered is a paltry 3,000.  This is sharply lower than the number of Vietnamese accepted by the Fraser government after the fall of Saigon in 1975, which one estimate puts at 60,000.  In 2015, 12,000 places were offered for Syrians fleeing their country.  The Morrison government, in contrast, finds expanding Australia’s resettlement program beyond the current 13,750 places something of a heresy.

Behind the compassion argument, one constipated at best, is a marked reluctance to actually open the doors to the Afghans.  A good deal of this can be put down to the fact that Afghans have made up a sizeable complement of those maritime arrivals Australian politicians so detest as “illegals” deserving of indefinite detention in its system of Pacific concentration camps.  Many actually fled the Taliban to begin with, but that did not make immigration authorities any softer.

As the Saturday Newspaper appropriately described it, Australia’s antipathetic refugee policy has induced “a kind of moral numbness that puts decisions outside the reach of logic or decency.”  Prime Minister Scott Morrison could never be said to have been taken by surprise: “he was already in the grip of indifference”, one “necessary to live with the refugee policy he has spent years shaping.”

Despite the fall of the coalition-backed Afghan national government, Australian government officials did little to reassure the 4,200 Afghans already in Australia on precarious temporary protection visas that they would not be sent back when the time came.  Australian foreign minister Marise Payne offered an assessment on national radio that was far from reassuring. “All the Afghan citizens who currently are in Australia on a temporary visa will be supported by the Australian government and no Afghan visa holders will be asked to return to Afghanistan at this stage.”

One dark reminder of the brutal, and distinctly non-honeyed approach of Australia’s authorities to Afghan refugees comes in the form of a refugee and former member of an Afghan government security agency who aided coalition forces. For doing so, he was attacked by the Taliban.  He arrived in Australia by boat in 2013 after having suffered a grenade attack on his home and being the recipient of various warning letters from the militants. For his efforts, he was sent to Manus Island, where he was formally found to be a refugee in 2015.  In 2019, he was moved to Australia for treatment during that brief window of opportunity under the now repealed medevac legislation.

In total, he has spent eight years in detention, desperate to help his family out of the country.  He had previously asked no fewer than three times to be returned to Papua New Guinea.  “Every day Afghanistan is getting worse,” he writes in an email to his case manager from the behemoth that is the Department of Home Affairs.  “My family is in a dangerous place and I need help now please.  If you wait I will lose my family.  Why do you wait?  The Taliban want to kill my family.”

The email, read in open court, forms part of a case the plaintiff, given the pseudonym F, has taken against the Australian government, seeking his release.  He argues that his detention prevents him from “moving my family out of Afghanistan to a safe country to save them from the Taliban.” The nature of his detention prevented him “from doing anything to help” his family.

On August 3, 2021, the Federal Court judge Rolf Driver dismissed F’s claims that his detention was unlawful and refused an order “in the nature of the writ of habeas corpus requiring his release from detention forthwith”.  Judge Driver did find that the man was “a refugee and requires resettlement”, ordering mediation between him and the home affairs minister.  While Australia was not an option for resettlement, the applicant should have his request to return to PNG “acted upon”.

Morrison’s ministers are full of excuses about Australia’s unimpressive effort.  Defence minister, Peter Dutton, has constantly reiterated the idea that processing the paperwork is a difficult thing indeed, because some of the visa applicants cannot be trusted.  Having aided Australian and other coalition forces in the past, they had proved flexible with shifting allegiances.  “I’m not bringing people to Australia that pose a threat to us or that have done us harm in Afghanistan.”  With such an attitude, shutting the door to the suffering, even to those who were part of the coalition’s absurd state building project in Afghanistan, will do little to trouble an unformed, unimaginative conscience.