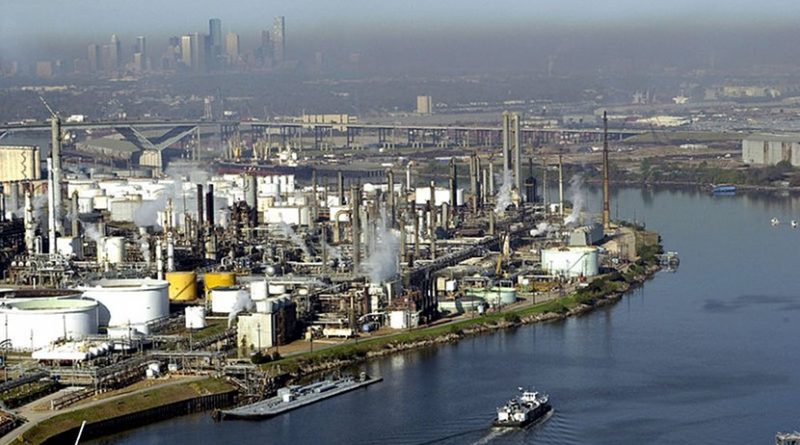 By Payman Yazdani and Javad Heiran-Nia*

Enjoying the world’s major shale oil reserves and thanks to its technological power the United States has become independent from the Persian Gulf and the Middle East oil and is positioning itself to play a major role in world energy market.

Former US President Barak Obama’s strategy of “pivot to east” which was based on the above mentioned fact is now confirmed by Donald Trump after recent drone attack on Saudi Aramco oil installations.

Despite the US independence of the Persian Gulf energy, the country will not close its eyes on controlling the energy routes in the region to keep pressure on rivals like China.

A report by Rystad Energy shows that production of shale oil in the US has changed the country to enjoy the biggest oil reserves in the world. (264 billion barrels). 50 percent of the US oil reserve is shale oil. The report says the US shale oil production is going to exceed 14.5 million barrel a day.

In 2012 the US Department of Energy announced that production of shale oil would have been economical if the price of the oil had been above 54 dollar for a barrel, but World Energy agency findings showed that the price for each barrel of oil should be over 60$ if the shale oil production is going to be economically justified.

Development of shale oil production has paved the way for Washington to use it as a political tool against other major oil producers in the world to materialize its geopolitical goals. Sanctioning of major oil producing countries and creating tensions in oil rich regions like Persian Gulf by the US in recent years all can be interpreted in line with the US efforts to position itself as a major player in world energy market.

Reuters in a September 2019 report revealed that overall exports of crude and refined products by state-run oil company Petroleos de Venezuela (PDVSA) and its joint ventures declined to some 770,000 barrels per day (bpd) from 992,565 bpd in July and 1.13 million bpd in June, according to revised data. It is noteworthy that the countries oil production was 2 million and 373 thousand barrels a day in 2016.

Iran’s oil production has also decreased some 1.5 to 2 million barrels a day during the last 10 years due to the US sanctions.

Washington is also trying to reduce the Russia’s share of global oil market by slapping sanctions against the country and threatening its European consumers.

The US’ green light to Saudi Arabia to attack Yemen which led the country to a quagmire can also be interpreted in line with the US efforts to grab its ally’s share of oil market to materialize its geopolitical goals. A couple of days ago Yemeni’s retaliatory drone attack on Saudi Aramco oil plant forced Saudi Arabia to cut half of its oil production and immediately the US announced Washington is ready to replace Saudi oil in the world market. In the long term this can result in grabbing of Saudi share of market by the US.

By sanctioning oil producing countries and creating tensions in oil rich regions the US is pursuing its geopolitical goals:

First, by disrupting existing major exporters including Saudi Arabia, Venezuela, Iran and Russia and raising prices, the US is able to make its own exports more competitive. Second, grabbing share of other producers by tools of sanction and disturbing their oil export. Third, containing and keeping pressure on rivals like China, EU and Japan by creating tensions in Persian Gulf which their economies are heavily dependent on the oil coming from the region. Fourth, creating a lucrative market for the US military industry and weapons by adding to tensions in the Persian Gulf region. Saudi Arabia has been the world biggest weapon importer in 2018. Fifth, keeping pressure on Persian Gulf nondemocratic kingdoms who are reluctant to join the US proposed naval security mission in Strait of Hormuz.

By Terri Moon Cronk Artificial intelligence is the new oil, and the governments or the countries that get the best