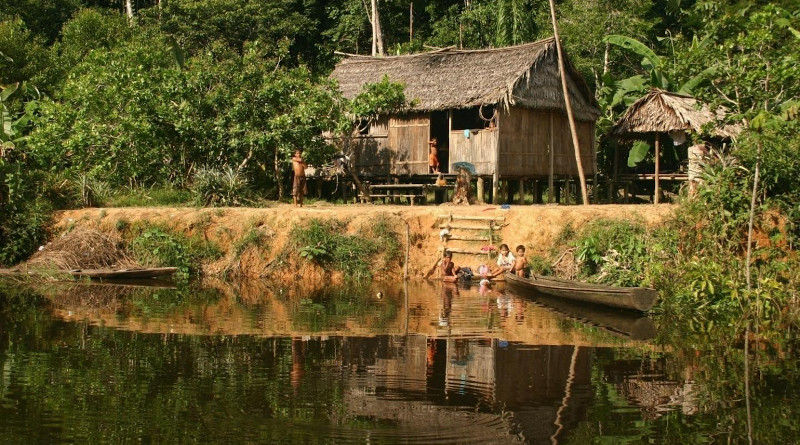 Global maps of places where people and forests coexist show that an estimated 1.6 billion people live within 5 kilometers of a forest. The assessment, based on data from 2000 and 2012 and published in the journal One Earth, showed that of these 1.6 billion “forest-proximate people,” 64.5 percent were located in tropical countries, and 71.3 percent lived in countries classified as low or middle income by the World Bank.

“There were no data at all on how many people live in and around forests globally,” says first author Peter Newton, an Assistant Professor in Environmental Studies at the University of Colorado Boulder. “The exercise was an initial step of trying to quantify the potential target population for projects that look at people’s livelihoods in a forest environment.”

“Large numbers of people do live in and around forests, so that makes forests an important habitat and biome for thinking about sustainable development as well as about conservation,” says Newton. “The programs, projects, and policies that affect forests also affect large numbers of people.”

To map out the spatial relationship between people and forests globally, Newton and his colleagues combined forest cover and human population density data for the year 2000 and 2012. They counted the number of people who lived within 5 km (3.1 miles) from the border of forests, which they defined as any area with more than 50 percent tree cover over 2 hectares (5 acres). But they excluded urban areas with a population above 1,500 people per square kilometer (0.4 square miles).

The work provides a sketch to which other researchers and decision-makers could add on different layers of data, such as social, economic, or cultural details to paint a more complete picture. However, many of these datasets aren’t available at a global level.

“What other researchers or we could do in the future is home in on a particular region where we did have data,” says Newton. From local data, scientists could infer how many of those forest-proximate people were also forest dependent or living in poverty to help decision-makers implement spatial targeting and impact assessment.

Home » Mapping The 1.6 Billion People Who Live Near Forests