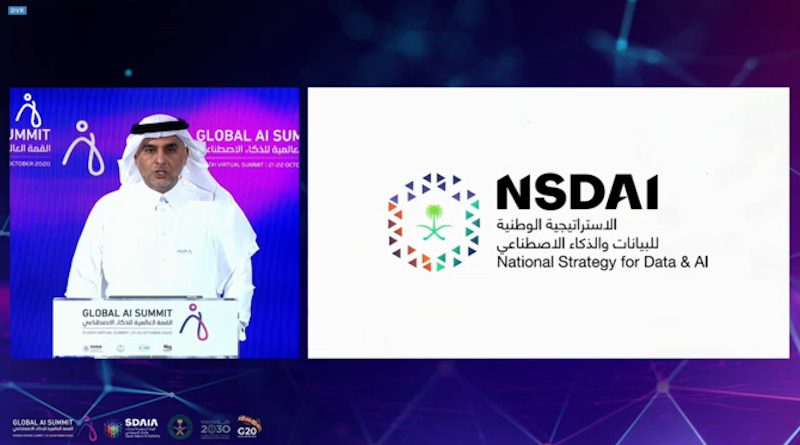 Saudi Arabia launched an audacious multibillion-dollar strategy on Wednesday to become a global leader in artificial intelligence (AI) and data by 2030.

The aim is to train 20,000 specialists and experts, have 300 active startups and attract $20 billion in national and foreign investment in data and AI.

“Saudi Arabia wants to set the best example globally in using AI for the development of a nation,” Abdullah bin Sharaf Al-Ghamdi, president of the Saudi Data and AI Authority, told the Global AI Summit in Riyadh.

“The strategy aims to make Saudi Arabia the place where the best of data and artificial intelligence is made reality … it sets the foundation and direction upon which we will unlock the potential of data and AI to fulfill our national transformation priorities and establish Saudi Arabia as a global hub for data and AI.”

Alghamdi said Saudi Arabia viewed the summit as an annual platform that would look at AI in a fresh and positive way that “elevates international collaboration over competition.”

“AI’s potential has led to fierce competition between nations to claim global leadership … there has been an overly negative debate on the risks and dangers,” he said.

The inaugural summit aims to explore artificial intelligence’s role in the new global era and how its transformational potential can be deployed “to create a better future for all.”

Among the aims is accelerating AI for sustainable development in less wealthy countries, Al-Ghamdi said, so that “no one is left is behind.” Saudi Arabia and the World Bank have launched an initiative to enhance the digital economy in developing countries and empower them to expedite AI technology.

He said there was a focus on the African continent based on the common intentions of the strategic partnership. This also aims to aid developing countries and help them create innovative solutions to their economic and social challenges, and contribute to enhancing the efficiency of all vital sectors in these countries through AI.

Before the summit concludes on Thursday, global AI agreements and partnerships will be signed, and the winners of the AI Artathon competition and NEOM Challenge will be announced.