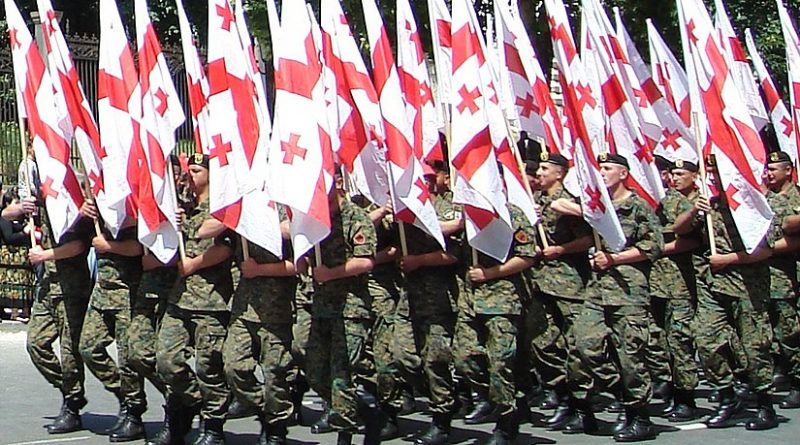 Speaking at the headquarters of the Russian 58th army during a meeting with officers from the Southern Military District in Vladikavkaz, North Ossetian Republic, Medvedev said, that “the peace-enforcement operation” against Georgia was “absolutely necessary”.

“Time goes by fast – more than three years have already passed, but what is the most important our approaches towards and our assessments of those events have not changed. We of course consider that it was absolutely necessary action by our army to save large number of our citizens and, if not to remove totally, to curb the threat which was coming at the time from the territory of Georgia,” Medvedev said.

“If we had faltered in 2008, geopolitical arrangement would be different now and number of countries in respect of which attempts were made to artificially drag them into the North Atlantic Alliance, would have probably been there [in NATO] now,” he added.

Russia’s NATO envoy, Dmitry Rogozin, who was also present at the meeting with the army officers, said that Russia’s response to the developments in South Ossetia in August, 2008 came as a surprise for NATO.

Medvedev responded: “They were really expecting absolutely different sort of response.” He then added that NATO “miscalculated” Moscow’s response.

Later on the same day, on November 21, Medvedev met in Rostov-on-Don with a group of journalists from Russia’s North Caucasus and Southern federal districts. He started the meeting with by telling the journalists that earlier on Monday he visited the 58th army headquarters in Vladikavkaz, which he said, was “a special place” because of its role in the August, 2008 war.

“Today I already spoke with the arm officers and I will tell it to you too, that it was of course a very difficult page in our recent history, but, unfortunately, it was absolutely necessary [decision]. And the fact that Russia’s actions at the time were so tough has eventually secured a situation for us, which, despite of all the difficulties, is now quieter than it was,” Medvedev said.

“We have simply calmed some of our neighbors down by showing them that they should behave correctly in respect of Russia and in respect of neighboring small states. And for some of our partners, including for the North Atlantic Alliance, it was a signal that before taking a decision about expansion of the Alliance, one should at first think about the geopolitical stability. I deem these [issues] to be the major lessons of those developments in 2008,” Medvedev added.