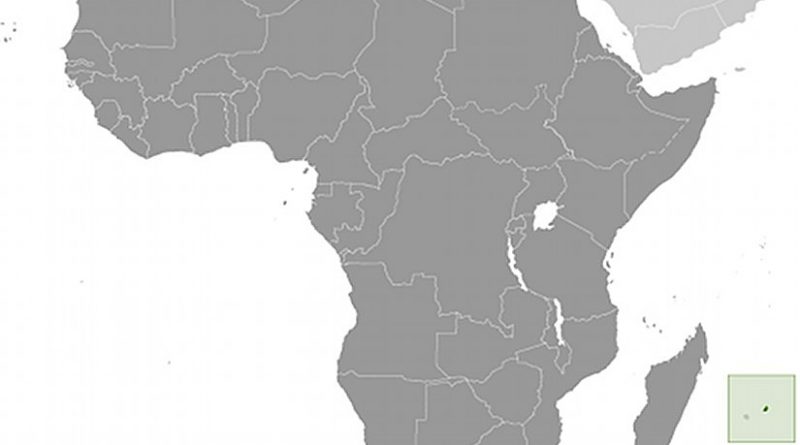 In an attempt to strengthen economic cooperation and diplomatic ties between Russia and Mauritius, the Mauritius, Minister of Foreign Affairs, Regional Integration and International Trade, Seetanah Lutchmeenaraido, has held talks with his Russian counterpart Sergey Lavrov.

On their first working day, of the four day meeting, both foreign ministers stressed the high level of traditional friendly relations between their two countries and confirmed the mutual understanding of Moscow and Port Louis on stepping up political dialogue, building mutually-beneficial cooperation in trade, economic, investment, and promoting long-term partnership in high technology, transport, fishing and tourism.

Lutchmeenaraido told both the local and foreign media that there were good prospects in the economic sphere. “We have found projects suitable for implementation in areas such as information technology, power generation, maritime transport, fishing and infrastructure and have agreed that the governments of Russia and Mauritius will assist business circles in establishing mutually beneficial direct contacts,” he said.

In March 2018, Mauritius will celebrate its 50th Independence anniversary and will also mark the 50th anniversary of its diplomatic relations with Russia. The key reasons for the delegation’s visit were to showcase the transition of Mauritius from an offshore financial centre to a full fledge regional financial hub of repute and fully compliant to OECD standards, to promote investment opportunities across various sectors and as a strategic platform for structuring investments and managing operations in Africa.

Further, the visit was to present Mauritian products and services that can be exported to the Russian market and across Eastern Europe and finally to present VISION 2030 of the Mauritius Government, the Mauritius-Africa Strategy and the expansion of Mauritius Asia-Africa corridor by Air Mauritius.

Later, the delegation attended the business forum that was organized jointly by the Council for investments of the Republic of Mauritius and Russian Chamber of Industry and Commerce. The Russian-Mauritian economic and trade cooperation and development cooperation to establish business contacts with the African continent were discussed at a bilateral business forum.

The Russian Chamber of Industry and Commerce Vice-President, Vladimir Padalko, in his speech noted that Mauritius is a promising partner for the Russian business. It is a country with dynamically growing economy, high living standards and favorable conditions for doing business. The World Bank report in 2016, said Mauritius occupied the first place among African countries South of the Sahara on the business climate.

However, he also stressed that entrepreneurs of both countries did not yet have sufficient knowledge about the current capabilities of each other, as evidenced by the low volume of mutual trade.

Yury Morozov, Head of the Division for International Cooperation of the Moscow Chamber of Commerce and Industry; Harvesh Seegolam, Chief Executive of the Mauritius Financial Services Commission; Vinay Guddye, Head of Africa Centre of Excellence and Outward Investment; Ashwin Cahoolessur, Mauritius Tourism Promotion Authority gave informative presentations and that was followed by a video clip titled “Mauritius: Your Platform for Africa” shown to the admiration of the participants.

Of particular interest among the conference speakers was the presentation by Dmitry Suchkov, Executive Secretary of the Coordinating Committee on Economic Cooperation with African countries south of Saharan Africa (Afrocom) which was created under the auspices of the Russian Chamber of Industry and Commerce. He not only discussed about the structure and various activities of the Committee, but also shared with the audience, his vision of the development of interaction with the African continent.

In the middle of zero years, the first time in the history of the continent’s total investments exceeded the volume of official aid. Another important factor of growth was the rapid urbanization. At 40% of the urban population of Africa is more urbanized than India (30%), and almost catching up with China (45%). There is also a growing middle class. Africa is on the verge of consumer revolution.

Suchkov noted in his presentation that “Africa is developing very fast, not gradually as Europe or the US, and jumping over a few steps. Africa has tremendous potential for intensive development, and Russian business unique opportunity to carry out technological support for African countries in Russian technologies. The rapid development of technology will enable African countries if well-managed, to achieve a qualitative leap in technology and infrastructure development.”

Russia as a state with a high level of technological development is, first and foremost, to share techniques, technologies and developments in the field of mining, the building of transport infrastructure, in the energy sector, including nuclear, information technology and agriculture.

In giving natural resources background of Africa, he undoubtedly pointed out that 60% of the world’s resources of uncultivated arable land are in Africa, which opens up good prospects for cooperation in agriculture. In all these areas, Russia is ready to compete and has something to offer to African countries. There are many areas of cooperation such as education and health. Many African countries do not know Russia’s capabilities in these areas since the days of the Soviet Union.

Suchkov says Africa does not lose its attractiveness for Russian companies as a potential consumer of Russian goods and services. But, Russia is lagging behind in development of trade-economic ties of many key players on the continent. However, Russia has a number of competitive advantages in Africa compared to other countries:

There are still some problems, for example, insufficient knowledge of the Russian business structures of the building, the actual situation and specific partners in Africa and, consequently, poor awareness of Africans about the possibilities of Russian partners. In correcting this situation, is the importance of the creation of the Coordinating Committee on Economic Cooperation with African countries (Afrocom).

Afrocom was founded in 2009 as an umbrella structure which brings together the Russian state and private organizations and companies to coordinate their activities to Africa. As of November 2017, its members include over 120 organizations and companies. It is also composed of three Business Councils, which operate on a bilateral basis: Russia-South Africa, Russia-Nigeria, and Russia-Sudan. Tellingly, Afrocom, in Suchkov’s objective opinion, can be used as the bridge for establishing contacts with Mauritius business and other regions of Africa.

One thought on “Mauritius Seeks To Strengthen Economic, Diplomatic Ties With Russia”