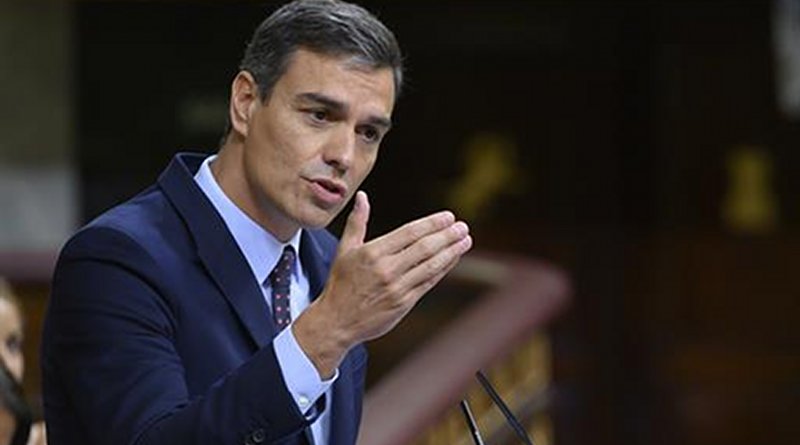 Spain’s Acting Prime Minister Pedro Sánchez highlighted at the closing session of the 6th European Family Business Summit held earlier this week, his commitment to stability, security and the dynamic nature of the Spanish economy.

Based on its current sound foundations, and with clear priorities, Spain can take a “qualitative leap” over the next decade, said Pedro Sánchez at the summit of European Family Businesses (EFB), an organization that represents more than 14 million businesses.

The Acting Prime Minister pointed out that the European economy is facing international trade tensions and the consequences of Brexit. These threats, he remarked, require responses from the public authorities to protect legal certainty, facilitate the opening up of foreign markets and establish strategic frameworks that stimulate future sectors.

Spain must also dispel other uncertainties related to investor and consumer confidence, added Pedro Sánchez. “After the fourth general elections in four years, Spain needs institutional stability”. Sánchez argued that this should also be the legislature of consensus for moving forwards and undertaking the major transformations which are pending.

In his speech to business leaders from throughout Europe, Pedro Sánchez underlined his commitment to fiscal discipline with Brussels.

A responsible government, he argued, works within the financial margins offered by the economic reality because this strict management allows prosperity to filter down to all citizens.

Pedro Sánchez stressed that nowadays most people feel that growth and social cohesion should go hand-in-hand, which means reasonable pay rises, labour protection and a strong and efficient public sector.

Leadership in digitalisation and ecological transition

In his analysis of the economic situation, Sánchez stated that household income is rising at a rate of 5.8%, Spain is growing by above the European average and in a balanced fashion and jobs continue to be created – there are now more than 19.4 million National Insurance contributors and a record number of almost 10 million contributors with a permanent employment contract.

In order to maintain this trend, Pedro Sánchez advocated reducing the public deficit to 2% of GDP this year and combating job insecurity. He also proposed better training through a State Pact for Education and Vocational Training, an equal opportunities economy, and the implementation of the Entrepreneur Nation Strategy.

Spain, argued Sánchez, has the right conditions to become a leading country in terms of gender equality, in the digital transformation and in the ecological transition. The COP25 Climate Summit, which will be held in Spain in December, confirms the country’s capacity to respond and its leading role in the fight against the climate crisis, and which will also “have a very positive effect on jobs and in raising awareness”.

An economy that serves people

Pedro Sánchez stressed the importance of family businesses in implementing pressing changes in Spain, as well as their social function. “Family businesses are close to people and hence are able to spread the values we need – an economy that serves the people and not solely the necessary financial logic”.

European Family Businesses and the Spanish Government, he added, also agree that “Europe is the forum we belong to”. Pedro Sánchez urged this project to be completed to make it competitive vis-à-vis other world powers, without losing sight of its essence, which is the social market economy.