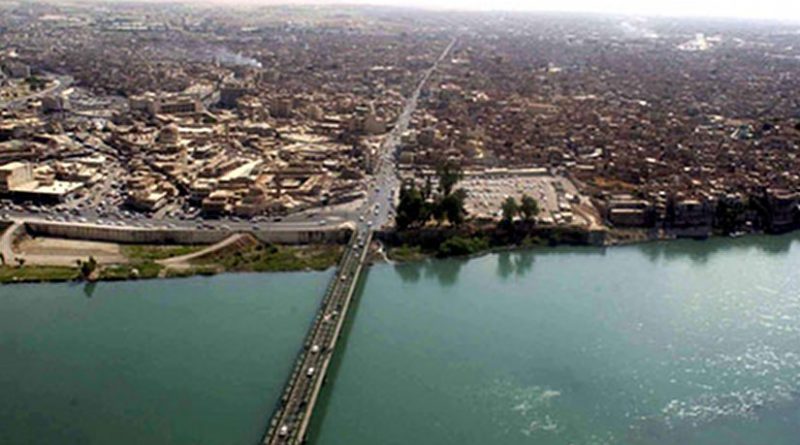 Fighters with the Islamic State (also known as ISIS) have indiscriminately attacked civilian areas in eastern Mosul with mortar rounds and explosives, and deliberately shot at fleeing residents, Human Rights Watch said Wednesday. Iraqi and coalition forces have also killed and wounded civilians by striking or deploying from homes.

Fleeing residents who spoke with Human Rights Watch said that ISIS justified the attacks on civilians because many of them had refused the group’s orders to join its retreat west to areas of Mosul that it still controlled, where they feared they would be used as human shields. Residents said ISIS members told them in person, by radio, and over mosque loudspeakers that those who stayed behind were “unbelievers” and therefore valid targets along with the Iraqi and coalition forces.

“If ISIS really cared about the people trapped in its so-called caliphate it would let them flee to safety,” said Lama Fakih, deputy Middle East director at Human Rights Watch. “Instead, it is indiscriminately or deliberately killing and wounding people for refusing to be human shields.”

In interviews in the Kurdistan Region of Iraq in December, 2016, Human Rights Watch spoke with more than 50 residents who had fled eastern Mosul. Thirty-one of them provided firsthand accounts of 18 mortar or sniper attacks, car bombings, or detonations of improvised explosive devices by ISIS that indiscriminately or directly killed or wounded civilians. Witnesses said that some ISIS mortar attacks took place in areas where Iraqi military forces had positioned soldiers inside homes or on residential rooftops in densely populated areas. Five witnesses described what they said were three separate Iraqi or coalition airstrikes that targeted ISIS fighters similarly positioned on residential rooftops or in alleys between homes, but that also killed civilians.

In the days before the Iraqi ground forces entered neighborhoods in eastern Mosul, most of those interviewed said, ISIS fighters began rounding up civilians to retreat with them. But many refused.

“They were coming door-to-door, saying, ‘Do you want to leave with us or not?’” said “Ammar,” who fled the eastern Mosul neighborhood of Intisar after being wounded in an ISIS mortar strike on December 5. “We said we would not go with them and they said, ‘You are kuffar [unbelievers]. … They said, ‘Whatever happens to you guys, you deserve it.’”

“Ammar” said that on November 30, using binoculars, he stood on a rooftop and saw an ISIS gunman on another rooftop across a nearby, two-lane highway, firing on Iraqi forces while flanked by a woman on one side and a child on the other.

The witnesses described house-to-house combat between ISIS fighters and Iraqi forces, particularly the Golden Division, the most prominent of Iraq’s Special Forces, in areas still inhabited by large numbers of civilians. They said they knew ISIS was responsible for multiple mortar rounds and sniper fire because those attacks came from the direction of ISIS-controlled areas where there were no Iraqi forces.

“The mortar [shell] hit when I had gone to get water from the [local] tank because there was no running water,” she said. “When I came back out Alaa hugged me and I saw that half his face was blown off.”

Several witnesses said that when either ISIS or Iraqi military forces took up positions inside homes or on residential rooftops they generally did not give residents a say in the matter. The United Nations Human Rights Office also made this point, saying residents had reported that ISIS on November 11 shot dead 12 civilians in the Bakr neighborhood for refusing to let them launch rockets from their rooftops. In some cases, the witnesses told Human Rights Watch, by the time Iraqi or coalition forces attacked the ISIS positions in homes, the ISIS fighters had already left.

A dozen residents told Human Rights Watch they had to leave their homes as a result and seek shelter in nearby buildings that in some cases were also hit by ISIS mortar rounds or car bombs, or Iraqi or coalition airstrikes.