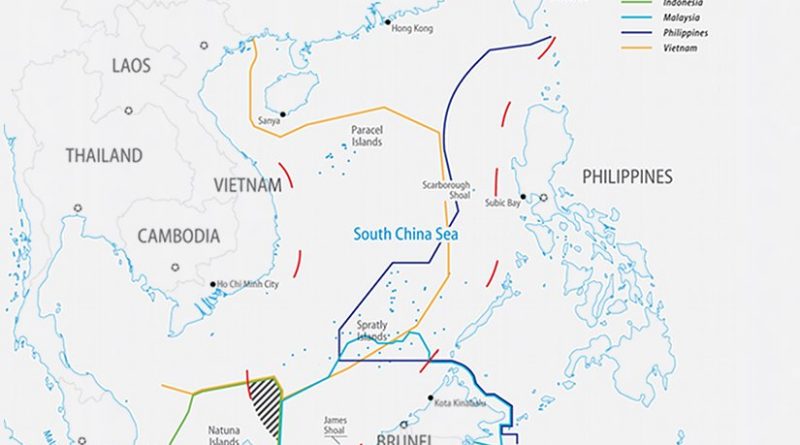 (FPRI) — Last week, a Chinese naval vessel which had been shadowing the USNS Bowditch, a U.S. Navy oceanographic ship, scooped up one of the ship’s unmanned underwater survey drones about 80 km off the Philippine coast. Washington demanded the drone’s return. Over the weekend, China’s Ministry of Defense said that it would transfer the drone back to the United States; and by Tuesday afternoon it was back in American hands. Though the incident was quickly settled, it could have easily escalated. Some initially feared a replay of the 2001 crisis in which China impounded a damaged U.S. EP-3 reconnaissance aircraft for three months after a Chinese J-8 fighter collided with it over the South China Sea.

Lest anyone think that the recent rapprochement between China and the Philippines would restore calm to the South China Sea, the drone incident demonstrated that tensions there remain high. Even more worrisome in the longer run is the steady militarization of the region’s disputed islands.

Considering what Vietnam sees as China’s repeated provocations—from its use of the Hai Yang Shi You 981 offshore oil drilling rig in disputed waters to its construction of military-grade airfields on Chinese-occupied islands—Hanoi has felt justified to respond in kind. Last year, it extended the runway on Vietnamese-held Spratly Island from under 760 meters to over 1,000 meters, long enough to accommodate maritime surveillance and transport aircraft. Then in August, Reuters reported that Vietnam had discretely deployed mobile rocket launchers on some of the other islands that it holds.[1] Once assembled and armed, Vietnam could easily target China’s nearby island airfields and military facilities.

Conscious of such dangers, China has taken precautions. Satellite imagery recently revealed that China has installed large anti-aircraft guns and close-in weapons systems capable of shooting down cruise missiles on each of its islands.[2] Earlier this year, China deployed HQ-9 surface-to-air missile systems on Woody Island in the Paracel archipelago. Perhaps they will also appear on Chinese-occupied islands in the Spratly archipelago, if more foreign aircraft are seen overhead. No doubt China is preparing itself for an armed challenge, whether from competing South China Sea claimants or the United States. As China’s Ministry of Defense posted on its microblog last Friday, “Were someone to be threatening you with armed force outside your front door, would you not get ready with even a slingshot?”[3]

Meanwhile, the Philippines’ response to all this went in the opposite direction after the election of Rodrigo Duterte as its president in June. Duterte’s foreign minister, Perfecto Yasay, signaled the Philippines’ resignation to China’s military construction. “We cannot stop China at this point in time and say do not put that up,” he said.[4] Instead, the Philippines would focus on furthering its economic ties with China. That strategy has paid off so far. In October, China promised Duterte that it would provide the Philippines with investment and financing worth $24 billion. The following month, the Chinese coast guard allowed Filipino fishermen to return to the waters near Scarborough Shoal for the first time since the 2012 standoff there between Chinese and Philippine authorities.

That the Philippines has gone wobbly on standing up to China probably came as little surprise to Vietnamese leaders, who always doubted Philippine commitment. For the moment, Vietnam is doing its best to match China’s actions. And so the militarization of the South China Sea continues. Hopefully future incidents in its waters will end as peacefully as the most recent one did.

About the author:
*Felix K. Chang is a senior fellow at the Foreign Policy Research Institute. He is also the Chief Strategy Officer of DecisionQ, a predictive analytics company in the national security and healthcare industries. He has worked with a number of digital, consumer services, and renewable energy entrepreneurs for years.