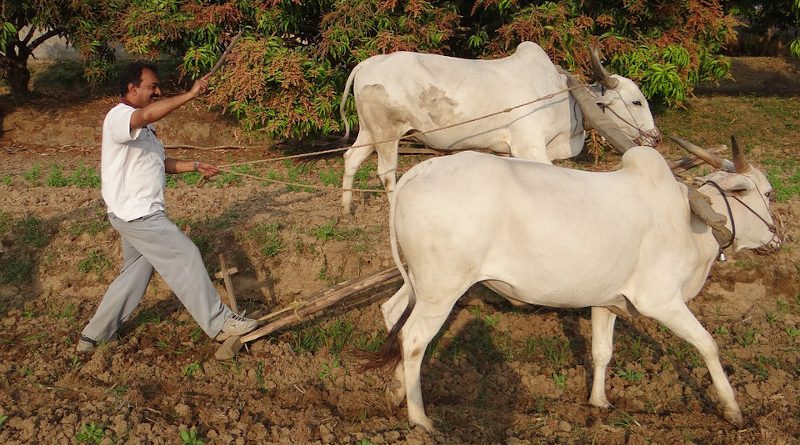 The surge of wealth of Indian billionaires and the Modi led BJP government’s onslaught on poor, marginalised and farmers continue to grow simultaneously as masses face annihilating pandemic of Coronavirus. There is 90 % rise of Indian billionaire’s wealth over last one decade. It is not accidental. The Modi government has reduced corporate income tax from 30 to 22 percent starting from the financial year 2019/20. It has also provided many other opportunities and incentives and foregoing exemptions to corporations. The new corporates established in India after 1st October 2019 will only pay 15 percent. The Modi government further pursuing economic and agricultural policies to further marginalised the poor farmers and empower the wallet of his Hindutva capitalist cronies by reforming agricultural policies to dismantle all safety nets. Modi government follows the policy prescriptions of his Washington masters in the International Monetary Fund (IMF).

The Executive Board of the IMF concluded its consultation with the Government of India on 25th of November 2019 and released its Country Report No. 19/385 in December 2019.  The report openly acknowledges deletion of market sensitive information and policy intentions as part of the half-baked IMF’s transparency policy. However, this country report reveals the policy prescriptions for the deepening of market forces in Indian economy. The IMF advocates and encourages the Government of India to reduce corporate income tax and implement both land agricultural reform for further trade and investment liberalisation. It further prescribed to increase and integrate wholesale agriculture markets for the expansion of agricultural exports. The New Agriculture Export Policy (2018) as designed by the Modi government as prescribed by the IMF aims to double agricultural exports to US$ 60 bn by 2022. The IMF further argues that the slow progress in reforming labour, land, and agriculture are creating setbacks in the structural reform process for economic growth and investment. The strengthening of business climate is the central objective of IMF and Modi government. In order to achieve these goals, the Modi led BJP government has approved the Agri-Market Infrastructure Fund of INR 20 billion to be used for development and up-gradation of infrastructure in 10,000 rural agricultural markets and 585 regulated wholesale markets.

It is within this context, the launch of the Adani Agri Logistics is not accidental but a systematic business initiative for procurement, storage, transportation and distribution of food in India. The Adani Agri Logistics is going to develop monopoly over food market. The corporatisation of agriculture and marketisation of food security is going to accelerate hunger and starvation deaths. It will destroy and pave the path for the privatisation of Food Corporation of India. The corporate takeover of the Food Corporation of India is going to be socially and economically disastrous for India and Indians.

The BJP led Modi government is implementing three dangerous agricultural policy reforms prescribed by the IMF. These policies are concomitant with the requirements of market forces. The agricultural reforms policies under the Farmers (Empowerment and Protection) Agreement of Price Assurance and Farm Services Ordinance, 2020 are associated with three acts; i) the Farmers’ Produce Trade and Commerce (Promotion and Facilitation) Act, ii) the Farmers (Empowerment and Protection) Agreement on Price Assurance and Farm Services Act; and iii) the Essential Commodities Amendment Act. These policies are going to destroy farmers freedom to produce and diminish the security of their products and livelihoods. It is a death warrant against agricultural communities and farmers in India. The corporate takeover of Indian agriculture and growth of contract farming will accelerate agricultural capitalism in which corporates will command production, consumption and distribution, and control the lives of 60 percent of Indian population who are engaged in agricultural activities.  Agriculture is the source of livelihood for 494.9 million landless Indians and 263 million Indians depend directly or indirectly on agriculture for their everyday survival.

The Modi government is accelerating agrarian crisis to create business opportunities for the corporations. The agrarian crisis and food insecurities in India move together. The food self-sufficiency, required agricultural production for buffer stocks and accessibility of food for all in India should not just be a dream but a reality given the availability of agricultural technology, land and labour. But unfortunately, successive governments are dismantling every social and economic safety nets designed after Indian independence. The Pradhan Mantri Fasal Bima Yojana (PMFBY) is not an insurance for farmers but an income source for private insurance companies in India. This policy will ensure farmers in debt trap in the name if improved flow of credit. On the other hand, the PM Kisan Pension Yojana for small and marginal farmers is a way to consolidate small saving of poor, small and marginal farmers for corporate investment. These policies are detrimental to Indian economy and its people.

India has followed an integrated approach to agricultural economy and food security policy after independence. Production, availability and accessibility of food for all were the objectives of the integrated policy. The objective was to provide minimum support price to farmers and inspire them to produce food for food security of the country. The Agricultural Produce Marketing Committee (APMC) was established to procure the products and safeguard farmers from the market and maintain price stability to access food for survival. The public distribution system was developed to ensure food security by distribution of food and rationing during food crisis. The Food Corporation of India was integrated within such an integral policy framework to provide buffer stocks to face situations of scarcities caused by natural calamities or war. From food to fashion, the market has always failed to develop a mechanism of egalitarian distribution. The markets only work towards the concentration of wealth in the hands of few and marginalise the masses.

The successive governments led by the Congress Party has destroyed the integrated policy approach to agriculture and food security in India. The Universal Public Distribution System was dismantled by the Congress governments by reforming it as Revamped Public Distribution System and Targeted Public Distribution System. These reforms have destroyed integrated and universalistic characteristics of the agricultural and food security policy to allow market forces to grow during half-hearted liberalisation during 1980s and full-fledged liberalisation and privatisation after the 1991 new economic reforms. The BJP and RSS used to oppose these reform policies during those days in the name of nationalism. But RSS and BJP stand today on the foundations of reform policies created and shaped by the Congress party. There is no difference between Congress Party and BJP when it comes to economic policies. Both uphold the interests of the corporations.

The ruling and capitalist class strategy is to expand consumerism and market of food in a massive scale as a result of which masses will continue to seek work for food. Such a feudal approach of Hindutva capitalism is suitable for political dominance of BJP, social and cultural hegemony of RSS, and economic dominance of corporates over Indian people and their resources. The food insecure and unemployed Indians will always be available as a massive army of low waged labourers for Indian and global capitalist class to amass their profit by inflicting mass misery. The agricultural reforms will accelerate corporatisation of agriculture and create conditions where farmers will be slaves in their own land. The landless farmers and agricultural workers will be low waged workers. Mass misery, hunger and unemployment are going to be three net outcomes of these policies while pushing India and Indians to live under corporate feudalism. The long-term outcomes of these reform policies are going to be more dangerous. Long term food insecurity and unemployment creates conditions for slave society.

The ruling and non-ruling elites in India have found their poster boy in Modi and ideological brotherhood with the BJP and RSS to pursue their hegemony.  The IMF argument behind the productivity of agriculture and empowerment of farmers is dubious. These agricultural reform policies are not going to increase productivity in Indian agriculture and farmers are not going to be prosperous. The capitalism as a system is always against productivity and mass prosperity. Economic productivity of labour has increased with the growth of science and technology, but mass prosperity did not grow. Like the rest of the world, India is witnessing concentration of wealth and marginalisation of masses and their everyday life.  As Prof. David Graeber has argued “the ruling class has figured out that a happy and productive population with free time on their hands is a mortal danger” to their command and controlled system of hegemony called free market capitalism. It is clear that Indian billionaires and their Brahminical social and economic order find its safety net under the leadership of Modi. The western capitalist systems were evolved over centuries of trial and error, but Indian capitalism has built by its consciously designed foundation of caste based Brahminical order. The ruinous economic policies, social disability and political stability are three weapons of Indian ruling and non-ruling class led by Modi. It is important to see the agricultural reform policies within these strategies of corporate cronies of Hindutva government led by Modi.

The farmers movement against the agricultural reform policies of Modi government gives new hopes deepening of democracy for a better India. It has exposed the corporate character of Modi government. It has dismantled the hegemonic narrative of neoliberal governance by the BJP and RSS. The mainstream media and all the hypocritic propaganda of BJP and RSS have failed to hide the authoritarian nakedness of Modi government and all its failures. The united working-class movement in support of Indian farmers can only save India and Indians from medieval forces of Hindutva. The bigotry of BJP and RSS can never be an alternative. These forces can never provide a peaceful and prosperous India to Indians. India needs a second wave of freedom struggle against caste, capitalism and Hindutva to ensure liberty, equality, justice, secularism, socialism and democracy enshrined in the Constitution of India. It is the duty of every Indian to rebuild their country by defeating Hindutva forces and their corporate cronies. The secular and democratic struggles are only path in history for a peaceful and prosperous future for India and Indians.