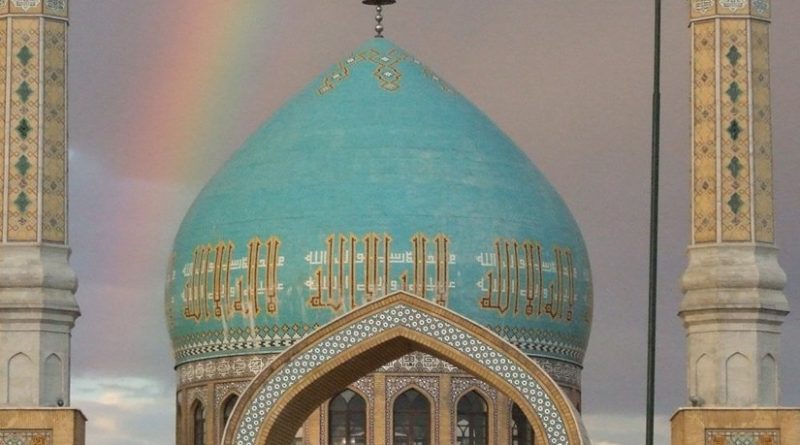 Terrorist attacks have been randomly sweeping the world. While uncertainty around bloody conflicts in West Asia and Africa, sectarian politics in Arabia and Iran, Integration issues in Europe and North America and lack of democracy in Muslim majority states have become the norms of modern politics, one fact remains certain: Sectarianism has been on the rise in Muslim majority countries. Perhaps there are detectable patterns along these sectarian lines.

While the majority of Muslims have been unwillingly dragged into unpleasant discourses, often resulting in their discrimination and alienation based on religious affiliation, there are underlying patterns emboldened by Islamist discourses, which erode believing Muslims from within.

There are patterns of rejection, alienation and otherisation practiced by conservative Islamist elites against minorities and other belief systems. Posing several controversies in our modern time, these practices primarily help hard-line elites to remain in power, forcing Muslims to reside between the hammer and the anvil.

Who is the Target?

While some attribute the reasons of the rising tides of sectarianism, especially in West Asia and North Africa, to the nature of the Islamic religion and culture, others, parallel to Islamist discourse, blame Muslims for not believing enough in their religion. Interestingly enough, Islamist politics does not only draw sectarian lines among Muslims and non-Muslims but also among Muslims themselves. While Islamists are not a homogenous group that follows a specific interpretation of a specific sect in Islam, sectarian lines are much deeper than they initially seem to be.

Indeed, the rejection, alienation and otherisation patterns extend to define cultural authenticity in contrast with the immorality of the inferior “other”. The West (and other distinctive minority groups) becomes a viable target of such discourse. It becomes a target not because it is per se the target itself, but because it masks the real target of local elites, who might have westernised practises. One might then ask the question of why the West in general is the target and not China or Japan. Obviously the target is politically oriented.

Professor of Anthropology Dale Eickelman puts it nicely when he wrote: “Although Islamic discussions of cultural authenticity often present the West as the morally inferior ‘Other’, such discussions mask the real target of moral censure-local elites and their Westernized practices or ethnically distinct groups and their ‘deviant’ conduct.”

In Dale Eickelman and James Piscatori’s book: Muslim Politics, they make it clear that Muslim discussions on gender and family are inherently politicised. This political contentiousness also applies on the rejection, alienation and otherisation patterns, by which boundaries between the Muslim and the non-Muslim are politically drawn.

“Islamist discourses . . . that uphold the authenticity of tradition thus seek to draw boundaries not only between the Muslim and non-Muslim community but also between the ‘true’ guardians of community and the ‘internal other’”, they wrote in their book on page 91.

This model also holds when explaining Islamist discourses on other belief systems. The boundaries of what is Islamic and what is not, what is a pure version of Islam and what is not and who is right and who is not become the centre of such model.

Conservative Islamist discourses, especially of Sunni factions in West Asia and North Africa, tend to alienate and otherise those who don’t follow their beliefs. Such discourses have become inherent to Muslim politics on other belief or non-belief systems and are often politicised. Such development does not date back to Islam’s inception but rather to the 70s of the 20th century. This is most evidently detectable in Saudi Arabia and Iran.

This model applies to Sunni as well as Shiite hard-line clerics, the most significant two factions in Islam in terms of number and impact. An Islamist discourse defines the ‘SELF’ as the best nation (umma) to walk on Earth and has the only pure version of Islam. Such Islamist discourses otherise those who don’t fall in the same faction and deem them corrupt and deluded, thus should be fought against and boycott.

Based on this premise, the discriminatory boundaries drawn here are not only between Muslim and non-Muslim but also between “the ‘true’” guardians of community and the “internal other”.

While a difference in the dogmatic belief is enough to deem others to infidelity, such exclusive model holds because it combines two persistent features in Islamist politics toward other groups regardless of their religion:

The first feature is the arrogance of Islamists’ discourse regarding other beliefs as they (the Muslims) are those who represent authenticity, purity and righteousness. Whereas the others represent the opposite until they comply with this fundamental version of religion. This feature can also be detectable with other extreme ideological frameworks and is in no means exclusive to Islamist ones.

The second feature is the persistence of the controversy of modernisation. On the one hand Islamists tend to use means, more likely invented by infidels, to raid against non-Muslims and even against Muslims of different interpretations of Islam. Hard-line Islamists use Internet, TV channels, TV shows, radio, Microphones, cars etc. to attack the secular and immoral “OTHER”.

On the other hand they measure their civilisational development by western standards. To call a community civilised means that its members have good western cars, brilliant western equipment, electricity etc. The controversy of otherising all belief and non-belief systems, and at the same time using not only their tools, but also their measures to define the boundaries between the true guardians of Islam and the internal and external other undermines the “desired” authenticity of the “Islamic tradition”.

An argument can be posed that this analysis is more generalising than it is supposed to do. Not all Muslims care for other beliefs and many of them even call for tolerance and world harmony. Many don’t seem to be arrogant and absolutely not controversial to modernisation. This is equivocally true.

Not all Muslims feel the same as hardline Islamists and their followers and many perhaps oppose such alienation and otherisation patterns. The scrutiny of such discriminatory patterns against other belief systems remains more crucial for Muslims than non-Muslims, especially that such patterns constantly appear in journalistic writings, cultural and national discourses, social media outlets, and religious contexts.

It is a great risk for a Shiite, for example, to show up in a Sunni majority area at a time of conflict such as in Syria, and perhaps the opposite is also true. It remains a risk for a woman to be completely independent, as is it also fatally risky to be an atheist, or Satanist in Muslim majority country.

The sentiment of otherisation and alienation of other beliefs hardly fades in a strongly believing Muslim person but it has different layers and levels.

It is noteworthy to mention that not all Muslims can be included under the two features underlying the otherisation model mentioned above. Therefore, Muslims can be broadly divided into two groups: The leaders who claim to have more religious knowledge than the rest of the members of society. The leaders mainly represent religious institutions and to whom such otherisation model greatly applies.

And the followers, who have less religious knowledge and mainly represent the public, to whom this model variably applies but on different levels, ranging on a spectrum between hard-line radical Muslims to liberal Muslims.

While religious figures (and clerics), through the claim that they know the words of Allah much better than the rest and thus they know the meaning of life itself, enjoy an extraordinary authority in the Muslim majority world and by extension the West, they reach a detectable degree of arrogance manifested by their writings and discourses.

By effect, those who follow their teachings will seem or become arrogant toward others of different belief systems. The controversy of modernisation is much less present to the public on the liberal side of the spectrum than it is on the more hard-line side.

It is possible to dismantle such discriminatory patterns by enforcing policies that emphasise on raising awareness, enhancing education and promoting reason and critical thinking.

Home » Controversy Of Islamist Politics On Other Belief Systems – Analysis