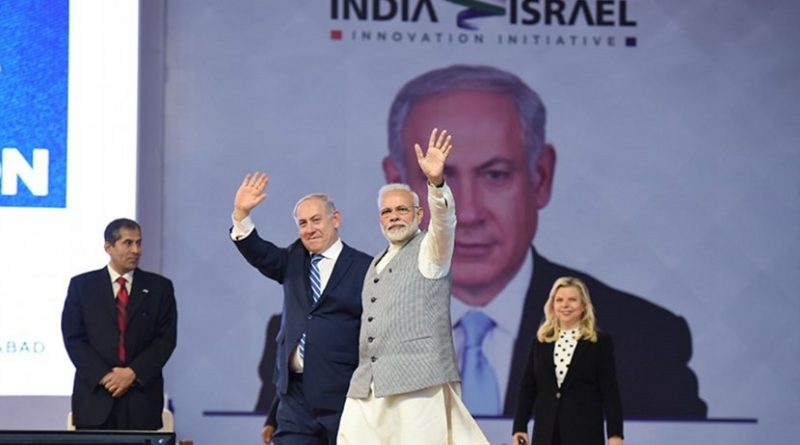 Israel’s Prime Minister’s visit to India may have stimulated many people in India to visit Israel. About 70,800 Indian travelers visited Israel from January to December 2018. Other Indians who cannot physically visit Israel may be interested in what Judaism teaches spiritually about human values and religious exercises; so I offer a summery of a statement by popular Orthodox Rabbi Shmuley Boteach, and then my own more modern views as a Reform Rabbi.

First, and foremost, non-Jews should know that you don’t have to be Jewish to practice Judaism. Rather, Judaism is about bringing the following principles into your life, whatever your religious  identity.

Values: Focus on the following values as the cornerstone of your life.

1. A passion for study and the acquisition of knowledge.

2. Fate does not exist. What we become in our lifetime is mostly dependent entirely on the choices we make. People possesses freedom of choice at all times; so choose righteousness.

3. Charity is the mother of all virtue. Give generously.

5. Do the right thing even for the wrong reasons. Repairing the world is more important than repairing yourself. World redemption precedes personal salvation.

6. Hate evil and fight it. Wrestle even with God in the face of seeming diving miscarriages of justice. Have an open mind. Those who think there is only one way are already lost.

7. Every human being is created in God’s image and are thus equal and their lives are sacred.

Child-rearing: From the earliest age instill within your child a love of learning. When your children are young, impose borders and rules that they know not to cross. As your children grow older, relax the left hand of discipline and begin the right hand of inspiration. Have regular talks with your children about the aforementioned values. And apologize freely to your kids when you have hurt them.

Holidays: The Jewish year revolves around eight annual holidays evoking eight different exercises, meditations and reflections; and the weekly observance of the Shabbat.

On the Shabbat: Every Friday to Saturday night, impose a 24-hour technology cutoff that insulates you from the busi-ness of the world. Do not answer the phone. Do not turn on the TV. Walk instead of drive. Reconnect with family and community. Make love to your wife.

On Rosh Hashanah, reflect on God’s rule and the subjugation of our lives to God’s will.

On Yom Kippur, fast and reflect on misdeeds and the need to repent of error and better our ways.

On Sukkot, immerse yourself in nature. Reflect on removing artifice and manipulation from your life and reconnect with your most authentic self.

On Hanukkah light candles and reflect on the soul’s capacity to illuminate the world’s darkness and the power of goodness to triumph over evil.

On Purim, reflect on the joy that comes with knowing that God’s providence determines all human events. Celebrate God’s guiding hand in history.

On Passover reflect on human liberty and the spiritual capacity to transcend physical limitation. On Shavuot, reflect on the centrality of law to human governance and the importance of divinely ordained ritual in communing with God.

On Tisha B’Av, mourn for all the human tragedies that have forever consumed the innocent at the hands of the wicked and pray for the redemption of mankind.

The Jewish Bible: Read a chapter or two of the Jewish Bible every day. Begin with Genesis and proceed through the end of the Hebrew prophets. Try to read the Bible with a Jewish commentary. Find a Jewish web site with a weekly Torah study program.

Dietary Laws: Eat only kosher animals, defined as animals that are not themselves predatory and are only vegetarian. They possess split hooves rather than paws which makes them incapable of preying on the weak. Never mix dairy and meat products as a symbol of the need to always embrace life and abhor death. Milk is the elixir of life. Meat is death incarnate.

To this Orthodox declaration I add my own declaration as a Reform Rabbi. I have taken Orthodox Rabbi Moses Maimonides’ well known 12th century statement of Judaism’s most basic principles and recast them to clearly indicate where they share a commonality with Christianity and Islam, and where they are unique. It is much more helpful to examine both similarities and differences in three or more religions as that process gives us a larger perspective than one to one comparisons and adds to our own insight into our beliefs. Maimonides’s basic principles begins with the most universal beliefs and then proceeds to more specific principles. I too follow this pattern.

1–Natural law proclaims our universe has an intelligent design and designer. Judaism, Christianity, Islam, and most other religions affirm this creator/sustainer of space and time to be Divine.

2–The Torah of Israel, both written and oral teaches and Judaism, Christianity, Islam, and many other religions affirm that human behavior should have moral consequences. Therefore both rewards for good deeds and punishments for evil deeds are just and necessary. If we do not always see them come to pass, that is due to our limits not God’s.

3–The Torah of Israel, both written and oral teaches and Judaism, Christianity, Islam and most other religions affirm that death is not the end of life. Although there are many different concepts of what an afterlife is like most include an opportunity to atone for ones failings on earth as well as an opportunity to enjoy the product of ones good deeds.

4–The prophets of Israel proclaimed and Judaism, Christianity and Islam affirm that there is only one unique immortal God who created everything including free will for humans to make moral choices. God’s power doesn’t control us, it guides us and enables us to be moral.

5–The prophets of Israel proclaim and Judaism, Christianity and Islam affirm that God has a persona that is aware of, and cares for all living beings in general, and about humanity, nations and individuals in particular. God is loving and just, forgiving and commanding.

6–The prophets of Israel proclaimed and Judaism and Islam affirm that this one God has no body. No physical limitations apply to God. No human ideas can define God’s shape and therefore no images should be made to represent God.

7–The prophets of Israel proclaim and Judaism and Islam affirm that prayers and worship should be directed only to this one unique God of space and time.

8–The Torah of Israel, both written and oral teaches and Judaism and Islam affirm that there are many different paths to God and to a rewarding afterlife. The righteous of all nations have a place in the world to come.

9–The prophets of Israel proclaim and Judaism affirms that God’s goal for humans is the establishment of a just and peaceful society here on earth and it is God’s intention that the people of Israel act as a crucial catalyst in the realization of this Divine directive.

10–The Torah of Israel proclaims and Judaism affirms that God and Israel are partners in an unbreakable mutual covenant: we seek to be a holy people by doing Mitsvot (Jewish duties); and God inspires us to continually improve ourselves, our community, human society, and especially our disadvantaged.

11–The Torah of Israel, both written and oral teaches, and Liberal Jews affirm that Torah is a living, continually developing and adapting path that leads the people of Israel toward greater holiness. The ongoing study of Torah and commentary is a great Mitsvah,(religious duty) and is the context for all Jewish spirituality.

12–The Torah of Israel, both written and oral teaches, and Liberal Jews affirm that the task of all humans on earth (especially Jews) is to help build a worldwide society of justice and peace–the Messianic Age. God (through God’s agents) will help us to do this, but however long this takes, and however bad our situation becomes, we must never give up our belief that Jerusalem will be rebuilt, and  justice, mercy and peace will eventually prevail throughout the world.

13– The Torah of Israel, both written and oral teaches, and Liberal Jews affirm that our memories of the dead should be treasured; that death is not the end of human life; and that the departed may be brought back to life in ways we cannot fully understand.