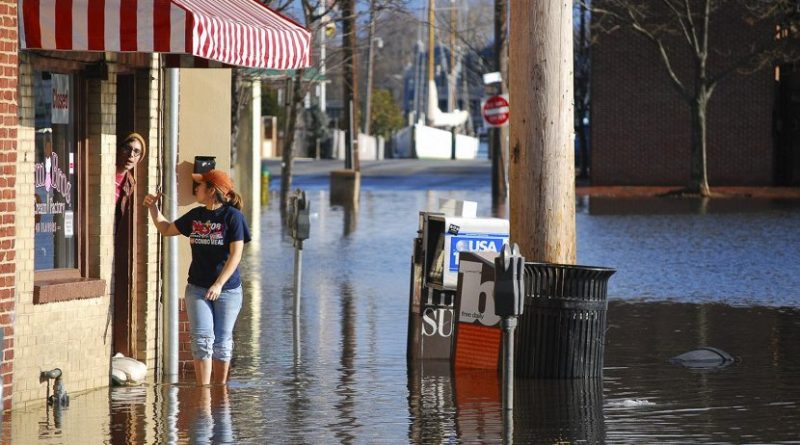 An international team of scientists, led by the University of Bristol, has found that current estimates of flood risk rely upon methods for calculating flood damage which are inadequately verified and match poorly with observations.

Instead, building damage at a given flood depth is highly variable and can be characterized by a beta distribution.

When calculating flood risk – that is, translating modelled representations of the physical of phenomenon of flooding to its impacts – it is common to apply a ‘depth-damage function’ or curve, which relates a given water depth to a proportional building loss (for example one metre of water equals 50 per cent loss of building value).

Academics have understood that this depth-damage relationship is variable and that there is no perfect fit, but it is still common to apply such curves which are inadequately verified.

The new study, published in the journal Nature Communications, used commonly applied curves, developed by various US government agencies, and examined how they compare to millions of actual flood insurance claims made in the US.

The study’s aim was then to find out if ubiquitous curves have any skill in replicating real measured losses and, if not, find the true relationship between depth and damage in the claims record.

It found that universally applied depth-damage curves show low skill in the replication of property-level damages, rendering the results of projects where they have been applied (for example the justification of billions of dollars of infrastructure investment) suspect.

Instead, depth-damage is highly variable: damages per depth are generally concentrated at high (>90 per cent) and low (<10 per cent) proportion extremes.

Lead author, Dr Oliver Wing from Bristol’s School of Geographical Sciences, said: “This relationship can be represented with a beta distribution, meaning future flood risk analyses can employ a function which properly captures the true stochastic relationship between depth and damage.”

There is an implication that flood risk assessments which have relied on existing 1:1 depth-damage curves may be significant misestimates. Decisions for billions of dollars of infrastructure investment, where benefits (mitigated damages) are calculated to have exceeded costs (installing said infrastructure), are commonly green-lit even if benefits are marginally greater – yet, these benefits may have been quantified using inadequate functions.

In the development of the beta distribution-based functions, future analyses can be more robust for a plethora of applications: infrastructure investment, insurance pricing, planning decisions, and much else.

“However, the insurance claims data used to generate these do not contain information on vulnerability for non-residential buildings or enough information to incorporate secondary modifiers such as how depth-damage changes given the building is made from wood rather than concrete.

“To generate a complete suite of depth-damage information, we will need to find a way of fusing engineering knowledge with such empirical datasets so that we can compute flood risk accurately for all types of building.”