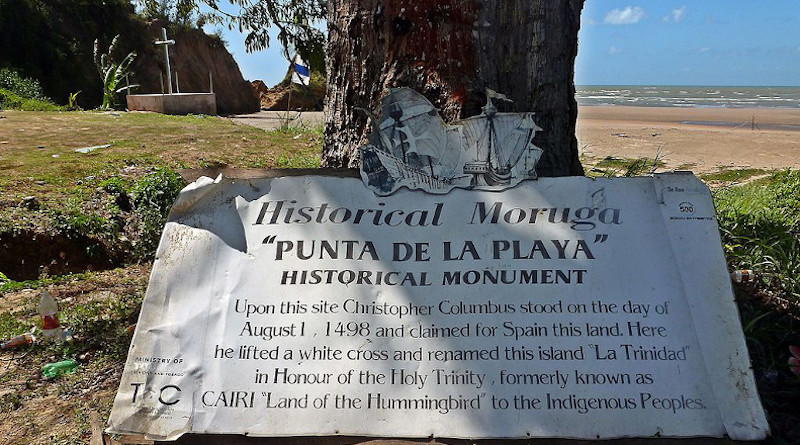 The National Trust of Trinidad and Tobago has been strangely silent on the rowdy and relentless campaign to remove the historical statue of Christopher Columbus in the capital city of Port of Spain. I was the Vice Chairman of the Trust from 2013 to 2015.

The Trust seems to place its current Afro-centric agenda above and beyond the public and national interest.

On Labour Day (June 19), for example, the Trust chose to highlight only trade unionist Tubal Uriah “Buzz” Butler in its Facebook page. There was a mere one-word reference to, and no photo of Rienzi (Krishna Deonarine, 1905 -1972) who founded both the Oilfields Workers’ Trade Union (OWTU) and the All Trinidad Sugar Estates and Factory Workers’ Union (ATSEFWU) and was the OWTU’s first President General.

The Trust is genetically connected to the Citizens for Conservation of Trinidad & Tobago (CFC) with some members having footholds in both organisations at the executive level.

CFC has a long a long history of fighting to protect the natural and man-made heritage in the twin-island republic. Just before the COVID-19 pandemic, the Trust and the CFC were jointly hosting exhibitions, tours and lectures to better educate people to appreciate and protect heritage sites and statues, monuments, churches, plantation houses and cemeteries.

Columbus’s life-sized bronze statue is located in Columbus Square in Port of Spain on the corner of Independence Square and Duncan Street, just east of the Cathedral of the Immaculate Conception.

The site is on the Heritage Asset Register of the National Trust which designates the square and the statue as “worthy of notation and preservation”. Despite the horrendous history of Columbus, his statue represents a tangible historical link to Europe, Africa and Asia since 1498. It is one of the few statues of Columbus in the Caribbean and is a destination site for local and foreign tourists.

As part of the Black-Lives-Matter protest, activists defaced the bronze statue a few nights ago. They wrapped it with red “Danger” caution tape. They covered the bust with a black garbage bag and hung a sign with the word “Murderer” on it.

The Columbus statue is a national monument defined by the National Trust Act (1991, last amended in 2015) as “any building, structure or other work of man or nature, whether above or below the surface of the land or the floor of the sea, of national architectural, aesthetic or historic interest”.

Section 27 of the Act states that any person who (a) “alters, damages, injures or defaces any listed property” or (b) “demolishes or destroys or causes to be demolished or destroyed” such property is liable on summary conviction to a fine, and the Court may, in addition, “order him to pay to the Trust by way of compensation such sum as the Court thinks fit for the purpose of repairing or restoring the property”.

The leading figure behind the fascist, extremist and warring campaign to remove the Columbus statue in Port of Spain is Shabaka Kambon. His father, Kafra Kambon, was one of the leaders of the Black Power Movement. On February 26, 1970, they stormed the Cathedral of the Immaculate Conception in Port of Spain and draped black cloth on the sacred statues.

In a letter entitled “Is the Black Power protests repeating itself?”, Imaam Iqubal Hydal wrote: “The statue of Columbus was defaced in a similar manner as the statues in the church were blackened during the march of the Black Power movement … If such a protest should get out of hand, next would be the church itself and animosity to names such as Chacon, Christopher, Martinez et al. (Newsday 20/6/20, Express 18/6/20, Guardian 16/6/20).

Kambon is being aided and abetted by retired history Professor Dr Brinsley Samaroo who claims that he was one of the leaders of the 1970 Black Power revolt. It would not be surprising if Samaroo supports Kambon in his next move, which is to remove all Mahatma Gandhi statues in public places in Trinidad, particularly the one in Kew Place, Gandhi Square, Port of Spain. In 2018, African lecturers at the University of Ghana relocated a statue of Gandhi because they claim that he was “racist”.

Samaroo is expected to also support Kambon in campaigning to change the name of the soon-to-be-opened Mahatma Gandhi Institute cultural complex in Mt Hope, located near the Arthur Lok Jack campus. This imminent protest by Samaroo and Kambon may again stall the progress of this project, started 21 years ago when then Prime Ministers Basdeo Panday and Atal Bihari Vajpayee turned the sod at Mt Hope.

The solution to this Columbus crisis is a compromise. The monument should be left alone but the inscription in the plaque can change. Samaroo, Kambo and the Warao Queen can be free to write “Monster and Murderer” permanently in bronze at the bottom of the explorer’s statue. [IDN-InDepthNews – 22 June 2020]

* Dr Kumar Mahabir is an anthropologist who has published 11 books. He can be contacted at [email protected].