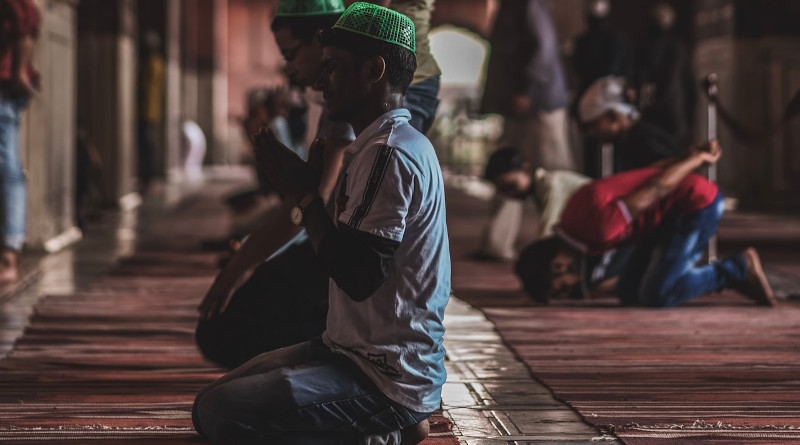 Over five years after ISIS declared itself a caliphate and al-Qaeda announced a South Asian branch, al-Qaeda in the Indian Subcontinent (AQIS), the Indian Jihadist landscape has not progressed in a major way. At best, there have been some failed plots and recruitment drives, such as in 2019 where security agencies arrested ten ISIS-inspired individuals in Maharashtra who were planning a bombing. [1]

Given the number of Muslims in India — nearly 200 million — this is surprising for many reasons. There have been waves of homegrown attacks in India, especially after the Babri Masjid demolition and the 2002 Godhra riots. [2] Indeed attacks were witnessed upto 2014 with one of the most significant attack being the accidental bombing by members of the Jamaat ul Mujahideen Bangladesh (JMB) in West Bengal in 2014. [3] As such, India was no stranger to Jihadist networks or waves.

Moreover, discrimination, bias, Islamophobia and other related factors have existed for decades in India. Many of these issues are being deliberately exacerbated by the current right-leaning government. Reports of lynchings, minority blaming and shrinking spaces for minority expression [4] provide major and plausible push factors for people to join terrorist groups to right such injustices. [5]

ISIS and AQIS have been trying to recruit members from India but have consistently faced a muted response. While at least 200 people who joined ISIS in Syria, Iraq and Afghanistan (a minute per capita number), [6] there have been no major attacks in India. Indeed, this reticence is so high that several of ISIS and AQIS’s India-oriented propaganda videos have lamented the lack of participation by Indian Muslims. [7]

What explains such a positive development in India? Without disregarding, the excellent security work done by intelligence and government agencies, [8] a larger portion of the responsibility of preventing Muslims from joining these groups lies on the shoulders of India’s Muslim community.

Heterogeneity as an answer

Many analysts will likely consider the religious and political beliefs of all Indian Muslims as one, but they are not a monolithic religious or political entity. [9] Indian Muslims are divided by theology (for instance, Barelwis or Deobandis), economic and caste lines (Ashrafs, Thangals, Syeds, Ajlafs, and Arzals), by schools of jurisprudence (Shafi, Hanafi, Ahle Hadeeth/Salafis), by reform movements (for instance, Tablighi, Jamaat e-Islami or Deobandi), and by language and geography (for instance, Bengali, Urdu, Tamil, Gujarati, Malayalam).

All these groups and their members constantly intersect and interplay, creating a massive heterogenous society. Variety is one reason why Indian Muslims do not participate in conflicts — each group has local contexts, aspirations and challenges. Transnational terrorist groups are only able to appeal to smaller subsections depending on the language of propaganda used. Until most recently, this was limited to Urdu but there have now been attempts to use Malayalam and Tamil as well. [10]

Another strong reason is the political directions that Indian Muslims (in all their different communities across India) have expressed for centuries. Historian Muzaffar Alam noted that to prevent rebellions, Indian Muslim rulers in the pre-Mughal times (largely) encouraged theological justifications for Hindu-Muslim unity, a tradition that continued till independence. [11] As India became a nation state, the various Muslim movements, such as the Deoband, Ahle Hadith (Salafists) and Jamaat e-Islami, split into two major factions — one that opted to remain in India and another that argued for the case of a religiously separate state, Pakistan. [12]

The Indian factions of these movements used theological arguments to underpin their reasonings to remain in India, thereby cementing the idea that India was a home for Muslims. As such, Muslim scholars and community leaders rooted themselves within the Indian polity by engaging with different political parties. For instance, the Deoband has been allied or at least close with the Congress party at different periods in history. [13]

Such alliances have helped shape Islamic political thought as largely Indianised, thereby using secularism as a measure of a favourable political atmosphere for Muslims rather than an Islamist vision. As Irfan Ahmed has argued previously, this is because the opposite end of secularism in India is not Islamism (as in places like Turkey, Egypt and Pakistan) but Hindutva (as is being seen in the current context), and Muslims have learned to engage more constructively with secular democracy. [14]

The Indian Muslim community have thus placed their trust and participated enthusiastically within the secular democratic framework and have often voted for non-Muslim politicians who take up their causes. The overall economic stability, reasonable community camaraderie, and recourse to law over the past years — barring the injustices that have been more frequent in recent years — have allowed Muslims to remain within the nonviolent framework and benefit from it. Since this framework allows them upward mobility, it is a preferred option over other means.

That is why the major organisations and movements, such as the Deoband, Jamaat e-Islami, Ahle Hadeeth and Barelvis, have condemned terrorism repeatedly despite their counterparts in Pakistan and Bangladesh tolerating some levels of violence. [15]

Despite the importance that analysts (and this essay) confer on theology as an explanation of radicalisation, many factors are at play, and religion is only a small part of the puzzle. [16] Factors like kinship, political climate, ability to conduct attacks and/or travel to jihadist hotspots count as much, if not more. The question that then comes up frequently is — will the toughening political conditions for Indian Muslims make recruitment easier? Understanding that requires a brief theoretical look at what causes terrorism in any situation.

The Babri Masjid demolition and the Gujarat pogrom were both triggering causes, leading to the violent activities of the Student Islamic Movement of India (SIMI) and the formation of the Indian Mujahideen (IM). Combined with structural causes, such as the rise of Hindu extremism in the 1980s, the increasing tone of accusation towards Muslims post the September 2001 US attacks globally, and the unending blight of poverty and unemployment among the Muslim community that is emphasised by news outlets (structural and facilitating factors), it was inevitable that such events would cause a large Jihadist blowback.

Currently, most structural, facilitative and personal factors are in place. Indeed, perhaps a trigger factor is all it will have taken to spark another Jihadist wave, which would be homegrown with some help from transnational groups.

However, the Delhi riots of 2020, [18] which could qualify as a strong trigger factor has not seemingly caused another violent jihadist wave to erupt. One could argue that this is because such mobilisation takes time and with the COVID-19 pandemic intensifying in the country soon after the incident, such machinations have slowed down.

An alternate explanation is that the Muslim community, despite its poor socioeconomic status, is at its highest point of literacy — 68 percent, as of 2011, with the 2021 census is expected to show an even higher number. [19] The Muslim literacy rate also grew faster than in other communities in the 2001-2011 period, resulting in a reducing population rate and slightly better socioeconomic conditions. [20]

Moreover, Muslim responses to Islamophobia, which seemed to have hit a crescendo during COVID-19, has been both tactically sound and retributively forgiving in nature. For instance, the number of Muslims taking legal actions to curb hate speech in states like Gujarat have increased, leading to a fall in such speeches. [21]

More importantly, there seems to have been concerted Muslim participation in volunteer services across India in respective localities and cities to deal with COVID-19. Various institutions and Muslim-run NGOs distributed food, educated citizens on the virus, buried the dead, and coordinated with various police and governing officials to assist in relief efforts. [22] Indeed, established charitable activities preceding the pandemic laid the foundation for strong, quick and coordinated action during the pandemic.

This is important because volunteering and community service have multiple benefits. They help provide an outlet to Muslims (and, for that matter, any individual) to feel engaged in reducing their own problems and helping their community. Moreover, they are instrumental in providing a sense of purpose to youngsters and a feeling of being connected, and help improve intra-religious and community – government relations in the local setting.

Thus, social service acts as an important bulwark to prevent radicalisation and recruitment of individuals to terrorist groups since the very same benefits people receive from it are also what motivates some others to join terrorist groups.

Analysts should internalise the understanding that there is no silver bullet explanation that explains why Indian Muslims have refrained from Jihadist action. Neither is there a single reason that will motivate a new wave of terrorism like SIMI and IM. That the Muslim population has been involved in constructive responses, including legal, educational and community service-based ones, holds a positive connotation for the lack of Jihadist terrorism in India.

[4] Priya Chacko, “Why Modi’s India has become a dangerous place for Muslims,” The Conversation, March 2, 2020.