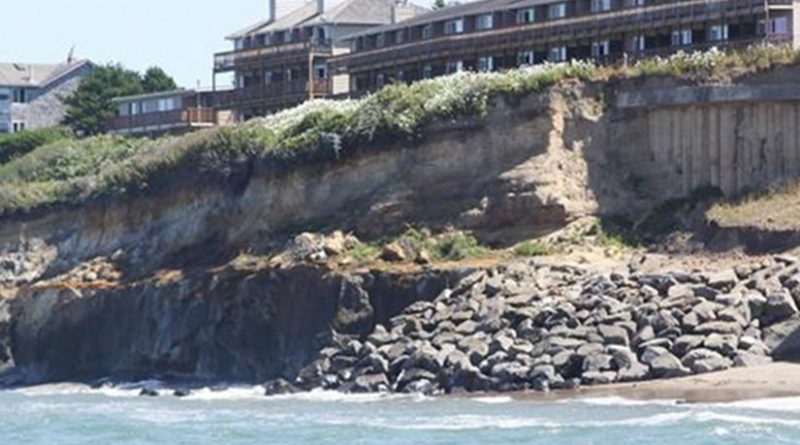 A coastal hazards analysis of 48 Pacific Ocean beaches in three continents, using data from 1979 to 2012, found the biggest factor influencing communities and beaches in all regions was the impact of El Niño and La Niña events.

The study also found their influence had alternate impacts in different parts of the Pacific basin. When one side of the Pacific experienced extreme coastal erosion and flooding because of El Niño the other side often experienced these hazards during La Niña. Some climate projections suggest that these events may occur more frequently in the 21st century, meaning that populated regions could experience more severe flooding or erosion.

Results of the study, which was funded by a variety of organizations, are being published this week in Nature Geoscience.

“There are many factors that can influence coastal vulnerability yet many future projections of coastal hazards focus only on sea level rise and neglect the influence of seasonal water level anomalies, storm surges, wave-driven processes and other factors,” said Peter Ruggiero, an Oregon State University coastal hazards expert and co-author on the study.

“We knew that climate cycles play a major role in what happens to our coastlines, but the fact that El Niño and La Niña significantly affect coastal hazards throughout the Pacific in a fairly coherent manner was a bit of a surprise,” added Ruggiero, who is an associate professor of geology and geophysics in OSU’s College of Earth, Ocean and Atmospheric Sciences.

The analysis also confirmed what scientists had suspected – the most dominant impacts on beaches and communities through climate cycles takes place in the boreal (northern) winter. Some projections suggest that the worst-case scenarios for sea level rise could displace up to 187 million people by the end of the 21st century, with flood losses exceeding $1 trillion (in U.S. dollars) for the world’s major coastal cities.

The researchers also looked specifically at the Pacific Northwest of the United States, which experiences extreme water level anomalies during major El Niño events – on the order of tens of centimeters, and changes in both wave height and direction. Storms reaching the coast from more steep southern approach angles cause significant “hotspots” of erosion, Ruggiero pointed out.

“The El Niño winters of 1982-83 and 1997-98 resulted in the most extreme coastal flooding and erosion hazards along the Oregon and Washington coast in recent decades – oftentimes taking many years to recovery, if at all,” the authors wrote in their analysis.

In 2013, Ruggiero led a study of Pacific Northwest beaches that found Washington’s beaches, on average, were more stable than those in Oregon, which had experienced an increase in erosion hazards in recent decades. His study found that since the 1960s, 13 of the 17 Oregon beach “littoral cells” – stretches of beach between rocky headlands and major inlets – have either experienced an increase in erosion, or less of a buildup in sand during beach-building months.

“We’re in the midst of a strengthening El Niño right now,” Ruggiero said, “and we already seeing some significant water level anomalies through tide gauge readings. Some people project that this 2015-16 El Niño could match those significant events of 1982-83 and 1997-98.

“If we get significant storms this winter during times of elevated water levels, the region could experience erosion and hazards not seen in some years.”