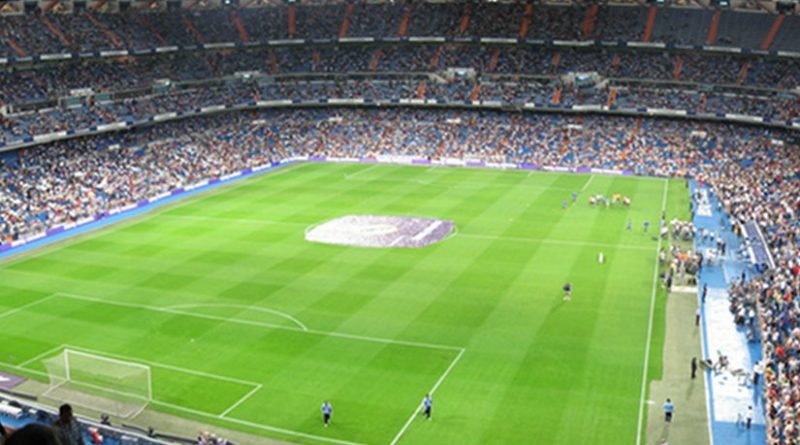 Inevitably, the mass exodus of refugees from conflict areas was going to provoke the spilling into Europe of multiple disputes in the Middle East, Central Asia and Africa. Spanish soccer is the first to feel the weight of the baggage that has turned vast numbers into destitute refugees. Kurdish rebels have accused a Syrian coach who was hired earlier this month by Real Madrid after having been tripped on camera by a Hungarian camera woman as he was running towards the border a child in his arms of being an Al Qaeda fighter and the instigator of a deadly anti-Kurdish soccer brawl.

The allegations raised by the Syrian Kurdish Democratic Union Party (PYD), believed to be associated with the Kurdistan Workers Party (PKK) that is locked into escalating hostilities with Turkey, are serious. PDY media asserted that Osama Abdul Mohsen, the coach who landed in Spain, had been a fighter for Jabhat al Nusra, a major Syrian jihadist militia aligned with Al Qaeda.

The PYD and a Syrian Christian Facebook page charged further that Mr. Abdul Rahman had recently revived his Facebook page but had deleted the Nusra flag which in the past had been his cover photo. Also allegedly removed from the page were references to Mr. Abdul Rahman having fought against Kurdish forces in Amudeh, Serekaniye and Afrin. “Osama Abdul joined the rebel groups in 2011 and committed crimes against civilian minorities, including Kurds,” the PYD said in a statement.

The PYD suggested further that Mr. Abdul Rahman had left Syria on a journey that put him in the spotlight in Hungary and propelled him to Spain after Kurdish forces captured in July the Syrian town of Tel Abyad where he and his family lived.

Kurdish resentment of Mr. Abdul Mohsen, who was the coach of al-Fotuwa SC in Deir Ez Zor from 2004-2010, appears heightened by allegations that he was one of the instigators of a soccer brawl in 2004 in the predominantly Kurdish city of Qamishli during which Syrian security forces killed at least 50 Kurdish protesters.

The allegations raise serious policy questions for European governments. An unknown number of refugees may well have been fighters at some point in the past 4.5 years of groups that are proscribed in the West. Some sources suggest that Mr. Abdul Rahman had been arrested and tortured by forces loyal to Syrian president Bashar al-Assad early on in the war.

Many may have felt they had no choice in a brutal civil war rather than having opted to join groups like Nusra for ideological reasons. That is all the more true in a situation in which Western efforts to create more moderate rebel forces have failed miserably. The failure has prompted efforts by Qatar to bring Nusra in from the cold and sparked creeping suggestions in the West that Nusra in the fight against the Islamic State may be the lesser of two evils.

To be sure, determining who is who in the human mass that has swept on to the shores of Europe is no easy feat, Nonetheless, the PDY allegations are likely to be grist on the mill of East European opposition to accommodation of the refugees that is often laced with racism and conservative and right-wing West European politicians and groups with long-standing reservations about immigration.

Intelligence agencies have further warned that some jihadists may slip into Europe with the refugees. German intelligence said this week that the number of Islamic extremists in the country had increased sharply in recent months and expressed concern that they were recruiting among refugees.

There is no immediate way of checking the PYD’s allegations, but both Syrian and Kurdish rebel groups as well as the Assad regime have a vested interest in trying to stymie the exodus from areas that they control. They both fear that their regions could be depopulated and that their ability to recruit fighters would diminish.

The PYD is reported to have barred Kurds in at least one area under its control, Efrin, from travelling to Turkey, a gateway to Europe. A PDY rival, the Kurdish National Council (KNC) earlier this month organised protests against migration in Hasakah province. KNC officials said they feared Kurdish demands for autonomy, if not independence, could be undermined by demographic changes as a result of an exodus of Kurds. Similarly, the Assad regime opposes migration because it further undermines its legitimacy.

The more damning PYD assertion is his alleged involvement in the soccer brawl that occurred long before the civil war and was designed to suppress Kurdish demands for legitimate rights rather than his association with Nusra in a situation in which people often have to make difficult choices. Nonetheless, Mr. Abdul Rahman should also respond in chapter and verse to his alleged association with Nusra.

The question, however, what if, remains. Sending Mr. Abdul Rahman and his family back to Syria and retaliation by either the rebels or the regime is not an option. The real lesson is that refugees’ baggage is a mixed bag of the disputes that persuaded them to leave their home countries as well as choices they made in conflict situations. It’s easy to judge them from an armchair, but doesn’t solve the issue of what consequences that judgement should have.