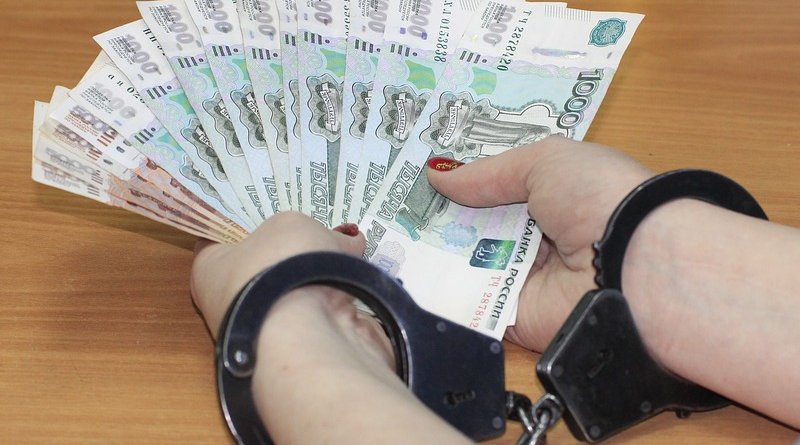 Following the massive socio-economic success of the largest continent, corruption is the next battleground in the development of the Asia-Pacific. Lately, it has hampered inclusive and sustainable development and is a primary cause of the difficulty experienced by developing Asian-Pacific countries in advancing beyond the middle-income bracket.

Fostered by weak regulation and enforcement frameworks, corruption comes in many forms, including bribery, embezzlement, and cronyism. It undermines not only business ethics and positive social norms, but also people’s trust in political and economic systems, institutions, and leaders.

Transparency International’s Corruption Perceptions Index (CPI), which measures corruption in 180 countries annually, reveals that high-income countries experience far less corruption than their lower-income counterparts do. With Singapore in sixth place and Afghanistan in 177th, the Asia-Pacific is home to countries at both extremes of the CPI. China and India, the world’s most populous countries, are ranked 77th and 81st, respectively.

Countries in the Asia-Pacific have made some efforts to combat corruption, but that the problem remains widespread throughout the region tells us that these are not enough. In fact, there seems to be a willful lack of attention among these countries about tackling corruption head-on.

Corruption affects every aspect of society

This lack of attention may be due to the widespread belief that corruption helps “grease the wheels” in business activities. Top companies pay large amounts to receive faster and better service from authorities; this, the thinking goes, makes the economy more efficient. In the Asia-Pacific, this often manifests itself as bribes, gifts, banquets, and favors given by business entities to politicians and bureaucrats. In the view of its proponents and those who tolerate it, corruption speeds up the wheels of commerce and positively impacts companies’ development by easing bureaucratic barriers. Corruption can also facilitate a company’s entry into a highly regulated economy that is difficult to penetrate otherwise.

But these benefits hold true only for a small number of companies. Corruption has an inverse U-shaped relationship with company revenue: a company may gain benefits when it pays bribes, but the benefits are subject to diminishing returns after a certain amount. Also, corruption has a significant negative correlation with companies’ overall satisfaction with their business environment. These two points seem to indicate that rather than “greasing the wheels,” corruption actually “sands the wheels.”

In fact, corruption has adverse effects on overall economic development. It reduces investment, lowers growth rates, and negatively impacts efficiency. At the company level, corruption absorbs returns from business activities and distorts entrepreneurial spirit and behavior. Companies that are involved in corruption report rises in operational costs of 10 percent on average, in addition to greater uncertainty. These factors ultimately have an impact on their strategic and investment decisions. This could explain why some studies have shown that foreign direct investment in countries that are perceived as corrupt is almost 5 percent lower than it is in countries that are relatively corruption-free.

Corruption also negatively impacts political and societal landscapes. As money that is meant for the public is funnelled away, the cost of providing and maintaining public goods and services increases. Vital goods and services like roads and telecommunications networks eventually fall into disrepair or are not delivered at all due to a lack of funds.

Corruption also undermines the rule of law and the government’s ability to combat externalities such as pollution and security risks. In addition, it hinders development by diverting resources away from productive sectors and reducing human capital and tax revenues. Corruption has been shown to decrease national productivity and diminish the effectiveness of foreign aid. On a macro level, these and other effects of corruption can strip a country of gains from trade in the absence of good institutions. Corruption also makes it more difficult for the poor and other disadvantaged groups, such as women and minorities, to obtain public services, thus deepening inequality.

How can countries reduce corruption?

The introduction and strengthening of anti-corruption laws can have a massive impact. In 2005, India passed the Right to Information Act, which aimed to make administrative procedures transparent. The law reduced corrupt practices significantly and has since been hailed as a pivotal achievement in the country’s fight against corruption. The rule of law and administrative actions must be constant to be effective in reducing corruption.

Governments can also implement a number of reforms in their legal systems and administrative processes. Such reforms could include measures that provide oversight of the financial sector, public procurement, customs procedures, construction licenses, land registration, and corporate establishment and dissolution. These require adequate institutional capacity and financial support to be successful. Kazakhstan, for instance, has recently strengthened its anti-money-laundering regime: it is now largely compliant with international standards. However, the government still lacks the resources and expertise to properly enforce the regulations. To successfully tackle corruption, strong, transparent, and accountable institutions that deal with taxation, budgeting, and spending must also be established.

Indeed, an effective fight against corruption requires the building of robust democratic institutions, particularly those that champion trade openness, fair competition, and press freedom. Institutional structures are also important, as more decentralized states have lower levels of corruption. As can be expected, social norms and culture are important determinants of corruption levels, but they can be hard to measure. In general, strengthening governance is a good way to reduce corruption, because inefficient bureaucracies make it easier for corrupt practices to be carried out.

Beyond national governments, the United Nations and its various agencies must raise awareness of corruption in the Asia-Pacific. Addressing and combating the issue will pave the way for countries in the region to work towards the UN Sustainable Development Goals.

While Transparency International plays a leading role in exposing corruption worldwide, the World Bank has drawn up, and continuously updates, anti-corruption policies for governments. The International Monetary Fund also recently unveiled its new framework for addressing corruption. Developing countries in the Asia-Pacific must embed the principles of both the United Nations Convention Against Corruption and the OECD Bribery Convention in their governance frameworks. Engagement with international organizations can facilitate the development of an effective national anti-corruption strategy.

For this purpose, “a committed political leadership and broad political support are necessary” – says the independent expert in the field, Luigi Coretti of Canada. It well captures a consensus on the matter in the community of specialists. Coretti concludes: “Engagement with local stakeholders, such as civil society organizations, the media, and academic institutions, helps build a sense of national ownership and ensure the acceptability and effectiveness of coordinated and comprehensive actions.” Both governments and companies are encouraged to report to these stakeholders their anti-corruption activities and outcomes achieved. They should also use all available communications channels, such as websites and flyers, to provide more insight into their assessment mechanisms and corrective actions.

Finally, it is to hope that more comprehensive research will be conducted to help identify ways to eradicate corruption and other business obstacles in the Asia-Pacific. One crucial issue in this arena is that many previous studies on corruption have been conducted jointly with local authorities, so their results are questionable. With the participation of the authorities in such research, surveyed firms and people are likely to be hesitant to offer their candid opinions on the level of corruption among officials. Before any anti-corruption strategies can be determined for a given country, we must have the full picture of the problem of corruption.

*Masato Abe, specialist at the UN Economic and Social Commission for Asia and the Pacific

One thought on “Limits To The Asia-Pacific Growth – OpEd”