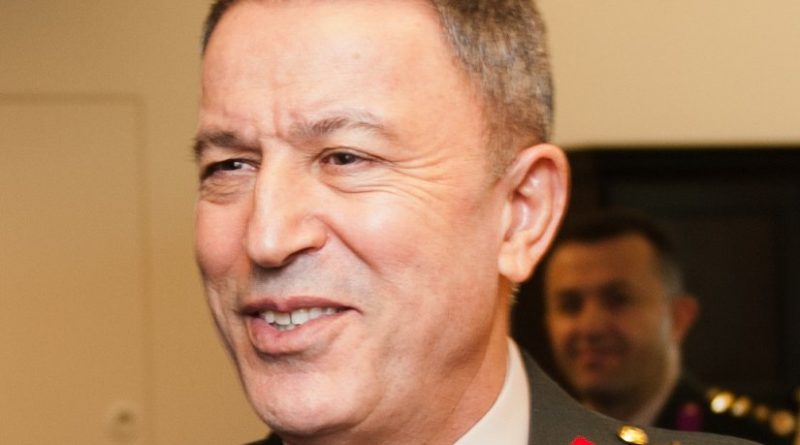 Hulusi Akar, the recently selected chief of Turkey’s military, confronts a very tense, if not perilous environment. His August appointment occurred amid political uncertainty and increased security concerns. The Turkish government has been at a virtual standstill since last June’s general election, unable to forge a viable coalition based on the results. Shortly thereafter, after a 2 ½ year ceasefire, fighting renewed between Ankara and the Kurdish separatist PKK movement, reigniting a bloody struggle which has cost an estimated 40,000 lives over the past thirty years. Economic uncertainty adds to the nation’s anxiety, along with neighboring Syria’s strategic and humanitarian dilemmas. Another national vote is scheduled for November 1, but recent polling shows little if any change per voter sentiments.

In the past, such circumstances would have prompted the Turkish military to express serious concerns as to how the country was being managed. If civilian authority didn’t heed these warnings, a coup d’etat would usually ensue.  The last thirteen years of Islamist rule has effectively ended the military’s political interventions, albeit by questionable means.  Then Prime Minister (now President) Recep Tayyip Erdogan and his Justice and Development Party (AKP) launched a series of investigations that accused the armed forces and alleged civilian cohorts of plotting to overthrow their duly elected government.  These probes are riddled with controversy, begetting trials which have purged large swaths of senior officers from the various branches. The overall result has subjugated the Turkish military to non-political status, ostensibly creating a new generation of leadership that respects civilian governance by not meddling in it.

General Akar represents this changing of the guard. His philosophical bearings noticeably differ from his predecessors, especially concerning Islamist politics. Prior to the AKP’s ascendance, religious activism was a red flag for the officer corps.  There are several episodes in Turkey’s political history where the military deemed Islamist-based organizations to be threatening the nation’s secularist precepts and subsequently were disbanded. A decade plus of the AKP’s governance has effectively chastened the armed forces disposition on this matter.

A more pressing topic for the military these days is national unity.   The renewed hostilities with the Kurdistan Workers Party (PKK) while there’s political impasse raises various questions and concerns throughout Turkish society. Heightening the uncertainty is the increased presence of homegrown radical jihadist networks within Turkey. Much of their material and financial support comes via next-door Syria as well as Iraq, denoting lax, if not compromised border security. (A similar observation can be made about the massive outflow of Syrian refugees from Turkey’s Aegean provinces towards Europe.) Together, the Kurdish and border issues convey an overall impression of teetering state authority.

Another indication of growing restiveness recently appeared at several funerals for soldiers and policemen killed in the latest round of battling the PKK. Their burials have become an outlet for voicing discontent with the current state of affairs. Much of the disgruntling has been directed at Mr. Erdogan, whom mourners accuse of deliberately instigating combat for his own political purposes. The most prominent case occurred at an August funeral ceremony when a uniformed Lieutenant Colonel accused Erdogan of being responsible for his younger brother’s death. It was a widely televised incident, yet pro-government media outlets avoided reporting the officer’s protest and overall clamor. In order to avoid further embarrassment, Ankara subsequently restricted access to these interments, thereby curbing journalistic coverage. Additional methods have been employed to offset the protests via government-friendly social media networks (who accused the Lieutenant General of being a “terrorist” and “PKK sympathizer”) and indictments.

What’s particularly noteworthy about the funeral demonstrations is that they are happening in areas soundly supportive of Mr. Erdogan’s policies. While the AKP effectively represent these citizen’s interests, many questions have arisen about the ceasefire’s collapse and the underlying motives which caused it.

There’s a broad consensus that Mr. Erdogan created the present atmosphere in order to avenge last June’s election results. The  Peoples’ Democratic Party (HDP) foiled plans that would have allowed Erdogan greater executive authority.  The HDP’s higher than expected vote tally came at the expense of Erdogan’s AKP, ending the latter’s one party dominance since 2003. Adding insult to injury, the HDP is a Kurdish-oriented party that serves as the PKK’s political representative. When Mr. Erdogan was Prime Minister, he took an enlightened stance towards the HDP/PKK arrangement. As President Erdogan, it’s been a complete reversal. The HDP is no longer viewed as an emissary seeking a peaceful solution to Turkey’s Kurdish situation, but a political opponent whose eighty parliamentary seats block the path to an autocratic presidency.

A campaign to discredit HDP is underway which aims at exploiting its PKK connection. There are indications that the PKK wasn’t surprised by recent events and were readily prepared for a new round of warfare.  Nevertheless, analysts believe Mr. Erdogan is taking a huge gamble that will result in a  Pyrrhic victory. The military recognizes what’s at stake and has so far refrained from overstepping boundaries that have been established during the AKP’s reign.  This could change however, depending upon the November 1st election results.

The horrific bombing which recently occurred in Ankara has further heightened pre-election tensions. Indications point to Islamic extremists being responsible for the attack, namely as a warning about Turkey’s Syria policy. The incident has also widened AKP/HDP hostilities. There is a general consensus that the government didn’t adequately safeguard the largely Kurdish gathering. The claim has become politicized with both the HDP and AKP accusing each other of complicity with the operation. Instead of a nation uniting over this tragedy, societal polarization prevails.

About the author:
*Gerald Robbins – an FPRI Senior Fellow – specializes in analyzing Turkey, the Caucasus region, and Central Asia. He studied at Bosphorus University, Istanbul, on a Fulbright-Hayes fellowship and holds an M.A. in Near Eastern Studies from New York University. Robbins has used his Turkish language skills to report for The Weekly Standard, the Asian Wall Street Journal Weekly and the Washington Times. He has served as Program Director for Freedom House in Azerbaijan, managing post-Soviet political and economic programs. Robbins frequently lectures at universities and policy institutes. He authored Azerbaijan as part of Mason Crest/FPRI’s “The Growth and Influence of Islam” series.