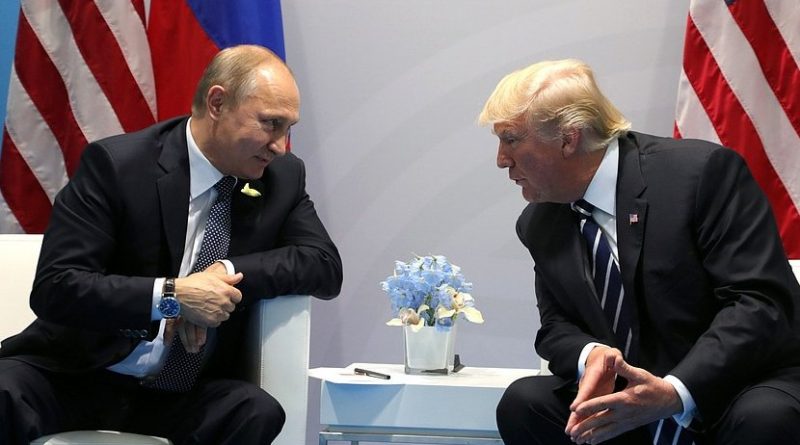 On October 5, 2017, Saudi Arabia’s monarch, King Salman bin Abdulaziz Al Saud, made his first state visit to Russia.  The most newsworthy of the resultant deals was a $3bn commitment for Russia to supply the Saudis with its most advanced air defence missile system, the S400 Triumph.

The Saudi state visit and the subsequent agreements were surprising in light of the opposing positions held by the two nations in the Syrian conflict. Bashar al-Assad’s regime is being supported by Russian military power, while the Saudis are funding rebel groups seeking to overthrow him.

An explanation was provided by Yuri Barmin, an expert at the Russian International Affairs Council. The Saudis, he said, “realise that Russia now owns the crisis. They see how the balance of power is changing in the region: how the US is pulling out and how Russia is now increasing its influence in the Middle East.”

Russian President Vladimir Putin is intent on re-establishing Russia as a major force to be reckoned with, and the Middle East is one area where he is succeeding. If he managed to pre-empt US President Donald Trump in the region, he would enhance Russia’s global status enormously.

At present not a single foreign embassy in Israel is located in Jerusalem. This is because the exact status of Jerusalem, left undetermined in the UN partition plan of 1947, has remained so. On the other hand both the UN and the EU support “a viable state of Palestine in the West Bank, including East Jerusalem.” UN Security Council Resolution 2334, passed on December 23, 2016 refers three times to “Palestinian territory occupied since 1967, including East Jerusalem.” Given this confident assertion of the status of East Jerusalem, it must logically follow that West Jerusalem at least is part of sovereign Israel.

It was way back in 1995 that Congress passed legislation requiring the US embassy in Israel to be relocated from Tel Aviv to Jerusalem. Although adopted with overwhelming majorities by the House of Representatives and the Senate, the Jerusalem Embassy Act has never been implemented. Section 7 of the Act gave the president power to sign a waiver every six months to protect “national security interests,” and every six months every president from Bill Clinton to Donald Trump has done so.

Throughout his presidential election campaign, Trump pledged unreservedly to relocate the US Embassy. His first chance to allow the Act to come into effect was June 1, 2017, when the last waiver signed by ex-President Obama ran out. But when June 1 came around, lo and behold Trump fell into line with all his predecessors and signed a further 6-month waiver.

There seemed to be good reasons for Trump’s decision. Between taking office and June 1 he had embarked on an ambitious plan to broker a new Israeli-Palestinian peace process. He had hosted discussions with Israel’s prime minister, Benjamin Netanyahu, and the president of the Palestinian Authority (PA), Mahmoud Abbas. He had undertaken his first foreign tour, which had included a meeting in Saudi Arabia with over 50 leaders of the Arab world, followed by visits to Israel and to the PA-controlled city of Bethlehem. He had extracted promising indications from all parties of support for a renewed peace effort. He and his advisers must have judged that to implement his promise on the US embassy would be to damage the delicate state of his peace deal initiative.

On October 7, 2017 Trump reiterated this position. During a TV interview he told former Arkansas governor Mike Huckabee that he would not consider moving the US embassy to Jerusalem until his Israeli-Palestinian peace initiative had been given a chance to succeed.

“Right now,” said Trump, “we are actually working on a plan that everyone says will never work, because for many years it hasn’t worked. They say it is the toughest deal of all – peace between Israel and the Palestinians.” If the peace effort fails, he continued, “and that is possible, to be totally honest,” he would think again about the embassy move, but he wants to “give it a shot” first.

Is he right in assuming that moving the US Embassy to Jerusalem would overturn his peace deal in the making?

Of the 15 members of the Security Council, only one nation has recognized the logical implications of what they voted for in Resolution 2334 – namely that if East Jerusalem is Palestinian territory, then West Jerusalem must be Israeli. On 6 April 2017 Russia issued a statement reaffirming its support for the two-state solution and for East Jerusalem as the capital of a future Palestinian state, but adding: “At the same time, we must state that in this context we view West Jerusalem as the capital of Israel.”

Apocalypse did not follow Moscow’s declaration. Arab states accepted the pronouncement with equanimity. So perhaps Trump’s assessment of the effect of relocating the US embassy to West Jerusalem is misconceived. Rather than disrupting his peace effort, if coordinated with those Arab states most closely concerned – Jordan, Egypt, Saudi Arabia – it might have the opposite effect. By sketching out the possible future structure of a two-state set-up, it could act as an incentive to all parties to move to meaningful negotiations.

Meanwhile Putin may very well be tempted to out-trump Trump. To be the first nation to establish its embassy in what Putin himself has declared to be the capital of Israel would snatch the ball from Trump’s grasp, and establish Russia firmly as a major player in any future Israeli-Palestinian peace process. How Putin views Trump’s efforts to foster credible peace negotiations between Israel and the Palestinians is not known, but he would undoubtedly jump at the chance of brokering Israeli-Palestinian peace talks himself.

Immediately after UN Resolution 2334, Russia issued a statement that, far from endorsing the attempt to impose a two-state solution on Israel, favored direct talks between Palestinians and Israelis. “We would also like to reaffirm our readiness to host a meeting of the leaders of Israel and Palestine in Moscow.”

If Trump does not watch out, he may find himself out-manoeuvered by Putin in his favoured area of diplomatic activity – achieving an Israel-Palestine accord.

Home » Can Putin Out-Fox Trump In The Middle East? – OpEd