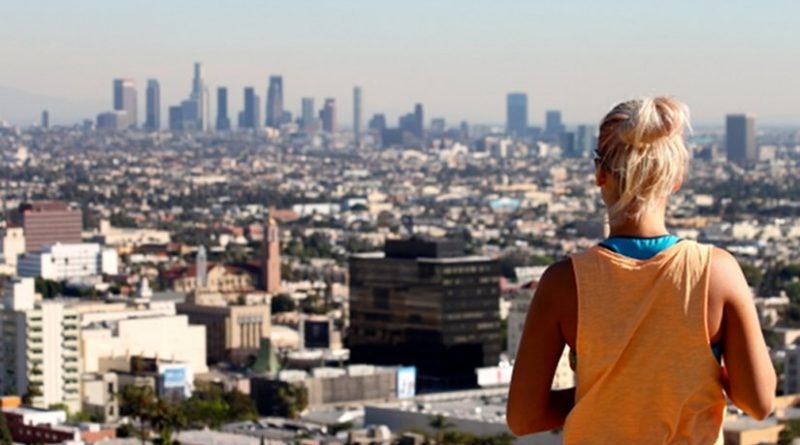 Luis Martinelli, who has lived and worked in Russia over much of the last dozen years and who is often described in the Russian media as “the chief separatist of all America,” says that he is working closely with Russia’s Anti-Globalist Movement to promote the secession of California from the United States.

“California wants to separate from the US,” he told Kazan’s Real Time portal yesterday, “because we don’t want 49 other states to decide our future.” His movement began two years ago – people then thought “we were insane” — but has gained more supporters since Donald Trump’s election, Martinelli claims (realnoevremya.ru/articles/48513).

He says his allies are now collecting the 700,000 signatures on a petition calling for a referendum next year on California’s secession and that he believes that a majority of Californians will vote to leave the US, although he added that the exact way it will depart remains unclear.

“California has its own culture, history and ideology,” Martinelli continues. “We have our own view on questions of peace and so on. We are different people. We are already another nation. Our governor has said that California is a different nation within the US.” But we have to leave to take control of our own lives, he says.

According to Martinelli, “the majority of Americans think that America is the very best country … but this isn’t true.” It “leads” only in two areas: the US has the largest military and the largest number of people in prison.

He says that neither Trump nor Clinton could be his president because “they are not from California” and Trump is especially offensive to him because he wants to impose changes that Californians don’t approve of. “We must choose our own president for the Republic of California and no longer be involved in US policy.”

The California independence movement has people in California who support it, Martinelli says; and “in Russia we have partners who are ready to support us in our efforts. But we ourselves will be doing this without assistance from Russia.” At the same time, “there is a group in Russia with which we work toward a common goal.”

“We in California understand that the world is multi-polar and that it will not always be under the control of the US. And the Anti-Globalist Movement of Russia shares our views.” That movement has enjoyed Russian government support, but “we are not connected with the Russian authorities and we are not talking with the Kremlin about what we are doing.”

The California secessionists have ties in Russia in the first instance with “Russian citizens who work in the Anti-Globalist Movement of Russia,” Martinelli says.

Real Time’s Lina Sarimova provides the following brief bio sketch of Martinelli. He is the president of the Yes, California movement and a leader of those promoting the independence of California. He is known for changing his positions. In 2004 he supported John Edwards’ candidacy but is now a Republican, and he opposed unisex marriages but now supports them.

In 2009, he moved to St. Petersburg and began work in a university there. In 2014, after returning to California, he began agitating for secession. He has some wealthy supporters in Silicon Valley and has 13,000 followers on Twitter and Facebook. He is married to a Russian woman.

Home » Russians Back Secession Of California from US, Russian-Linked Leader Of Calexit Says – OpEd