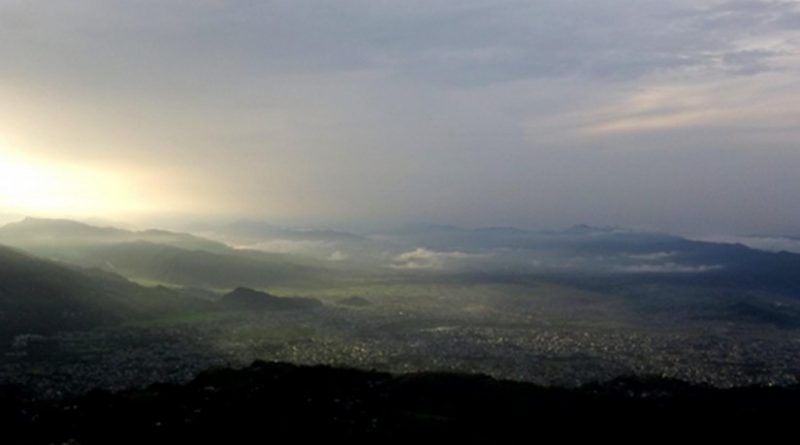 The Deputy Prime Minister and Foreign Minister of Nepal Kamal Thapa has officially informed the Indian Minister of External Affairs that the Nepalese Cabinet has takensome important decisions to address and resolve demands regarding the Constitution raised by Madhes-based parties. The emergency cabinet meeting of the ruling alliance of three political parties of Nepal endorsed a three-point ‘roadmap’ for the resolution of the crisis. The Government of India “welcomed these developments” as “positive steps” that helped “create the basis for a resolution of the current impasse.”This is the first political initiative Delhi has welcomed in Nepal post the promulgation of the Constitution.While welcoming the development, India has urged all Nepalese political parties to demonstrate the necessary “flexibility and maturity.”

Madhesi Demands and the ‘Roadmap’

Madhesis, who have been agitating for an ‘inclusive constitution’ for the past four months, have blocked the entry of fuel and other essential supplies to Kathmandu. This has incited anti-India and anti-Madhes sentiments among the hill people, stoked by high-pitched political propaganda. They have been demanding the implementation of the past agreements signed between the Government of Nepal and Madhesi parties in 2007 and 2008 in the country’s new Constitution. Although some of the points from the past agreements have been included in the Constitution, the four major points – electoral constituencies based on population, proportional representation of Madhesi in government bodies, autonomous identity-based provincial demarcation, and equal citizenship provision for women marrying Nepali men – have been rejected.

Kamal Thapa’s ‘roadmap’ commits the passage of two amendments tabled by the Nepali Congress. The amendments would include the term ‘proportional inclusion’ in all the state organs, and guarantee constituencies based on population as proposed by the Madhesi parties. On the issues of delineating the federal boundaries, the ‘roadmap’ proposed a political mechanism that would revise the boundaries based on expert opinion and peoples’ sentiments within a three-month time frame. However, the leaders of the UDMF see three major flaws with the ‘roadmap’.

First, the two amendments tabled in the parliament are vague; it does not replicate the language of the interim constitution, nor does it guarantee the constituencies based on population. It is also silent on the issues of inclusion, while the Madhesis wants only marginalised groups to be eligible for reservation benefits. Second, the Madhesi leaders seek “immediate commitment” on the demarcation of federal boundaries, and third, the issue of citizenship is not addressed. Hence, they have publicly denounced the ‘roadmap’.

Analysts state that if the legitimate demands of the Madhesis are not addressed through peaceful means, it is likely to have three possible consequences: one, loss of faith in the non-violent movement would radicalise the youth of Terai and direct their energies towards armed action; two, the separatists’ agenda will gain traction, leading to the demand for a separate nation and not just an autonomous province as it stands now, and three, evolution of communal violence between the Pahadis and the Madhesis.

The growing instability and radicalisation in Madhes will have direct implications for the peace and security of India. There will be accentuated cross-border crimes such as arms smuggling, fake currency trade, human trafficking, as well as terrorist activities through the 1800 km long open border between the two countries. The enhanced tension would invite the role and attention of other players such as the EU, the US, China and Pakistan. These will have far deeper and lasting implications for India’s security.

India has been a part of all the major political transformations in Nepal, be it 1950, 1990 or 2006. India was also witness to the agreement of 2008 signed between the agitating Madhesis and the Government of Nepal. India must not shy away from its responsibilities now. It could work to create a favourable environment where the legitimate and previously agreed to demands of the Madhesis are met, which can eventually create conditions for peace in Nepal as well as on the Indo-Nepalese border.

Protests have intensified in the past couple of days as the state has begun to repress the peaceful agigation mounted by the Madhesis, by arresting their district level leaders. The people of Madhes are highly determined and dedicated to achieving success for their movement, called the “aar ya paar ki ladai.” The signing of any unacceptable deal by the leaders of UDMF will not halt the protests or end the blockade. People have continued to protest for more than four months in the winter even though more than 55 have been brutally killed. The government’s decision of overcoming this problem through the use of force will only make the situation worse.

Home » Madhesi Demands In Nepal: Is There An End In Sight? – Analysis