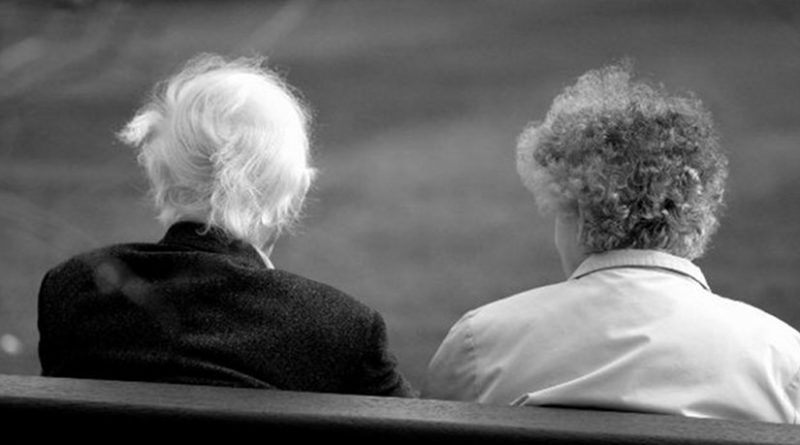 As the world population ages and economies slow, get ready to hear another acronym – PSR. The Potential Support Ratio, or the ratio of the working-age population, 15 to 64, per one person 65 and older, may reveal more about the overall health of an economy than the gross domestic product, unemployment rate or other common indicators. This demographic ratio may turn out to be far more consequential for decision-making, resource allocations and societal wellbeing than other commonly utilized economic indicators. A lower PSR may signal economic stress with more elderly depending on fewer young workers to keep the economy humming.

The PSR has weighty implications for governments and businesses concerning the labor force, taxation, education, housing, production and consumption, retirement, pensions and health services. The unprecedented shift towards a larger proportion of older persons and concomitant declines in workers is gradually and inexorably necessitating redesign of national economies.

In 1950 when world population was much younger, with a median age of 23, the global potential support ratio was about 12 people of working age per one person aged 65 years or older. Today, the world PSR has declined to eight and by the year 2050 is projected to decline to four. Although the ratios for individual countries show considerable diversity, the overall trend is both unmistakable and striking: fewer people of working age per elderly person than in the past.

For the older industrialized countries the current PSRs are typically less than six, with Japan as low as two. By 2050 the PSRs will be substantially lower. In countries such as Germany, Italy, Japan and South Korea, PSRs are expected to fall to about 1.5 working-age people per each elderly person.

In contrast, current PSRs for the less developed countries including India, Iran and Nigeria are generally well above 10. By midcentury, however, most of those countries will also confront aging populations, with PSRs falling to less than five for countries like India, Turkey and Iran. The notable exceptions to that trend are in Sub-Saharan Africa. The PSRs of many African countries in 2050 are expected to be lower than today’s levels, but still high with PSRs anticipated at 17 for Angola, 16 for Uganda and 15 for Nigeria.

The drops in PSRs are the result of significant declines in fertility and mortality and impressive gains in human longevity. Over the past 50 years the world’s average birthrate declined from 5 to 2.5 births per woman with more than 80 countries, nearly half the world’s population, experiencing fertility rates below the replacement level. Also global life expectancy at birth has increased from 47 years in 1950 to 71 today, with growing numbers of the elderly becoming centenarians.

Together, the remarkable demographic transition from high to low birth and death rates have dramatically changed the world’s age structure by notably increasing the proportions of elderly and decreasing proportions at younger ages. The age structure changes are most evident in more developed countries, where in 2015, for the first time, the proportion of elderly aged 65 years and older surpassed the number of children aged 0 to 14 years.

The countries furthest along in the population aging process are Japan, Italy and Germany. With decades of low fertility rates closer to one child rather than two children per woman and increasing longevity, the proportions of elderly in those countries exceed 20 percent. One-third of their populations are projected to be elderly by midcentury. At the same time, the proportions in the working ages of 15 to 64 years in those three countries, about 70 percent during the 1990s, are expected to be close to 50 percent by 2050.

More than half of the world’s countries and nearly all in the more developed regions consider population aging to be a major concern. Many have taken steps aimed at stemming the decline in the working-age population. Some governments, such as Australia, Canada and Germany, have increased immigration levels to maintain the size of their labor force.

In contrast, other countries such as Denmark, Iran, Japan, Russia and South Korea are reluctant to accept more immigrants and attempt to raise low birthrates closer to the replacement level of two births per woman. Japan’s government, for example, actively seeks bold proposals to raise its fertility rate to stem a slide in its labor force and fund retirement costs. The most recent addition to this latter group of countries is the world’s largest population, China. The Chinese government has announced that it will change its controversial one-child policy to a two-child policy per couple to balance population development and address the challenges of an aging population.

Due to unrelenting demographic pressures of the increasing elderly population with the relative decline of workers paying taxes, growing numbers of governments must adjust budgetary allocations. While some political leaders advocate less spending on domestic programs for the elderly, accompanied by tax cuts, perhaps the most controversial economic reform proposal is to recalibrate defense spending to meet increased demands for domestic services, support and care for growing proportions of elderly.

Avoiding controversial budgetary reforms, some governments reduce expenditures and entitlements for the elderly, shifting more costs for support, care giving and health services to the old and their families. More than half of all countries and 80 percent of the more developed countries have adopted changes during the past five years to increase the statutory retirement age or reform pension systems, including reductions in benefits and introducing fully funded schemes.

Similarly, to maintain current PSR levels into the future, countries must lift the threshold for the elderly population. To preserve the current global PSR of eight to midcentury, for instance, the threshold age for beginning old age would need to be 73 years. For some countries, however, even higher age thresholds for the elderly would be required to maintain current PSRs through midcentury, such as 80 years for South Korea and 79 for China.

Admittedly, the PSR is a relatively crude measure to reflect the momentous changes in relative numbers of workers and retirees. Clearly, not everyone among the elderly is retired, and not everyone of working age is employed. Also, the traditional threshold age of 65 for the elderly may be viewed as arbitrary, especially with varying life expectancies among countries. However, the simplicity of the PSR is also its major strength as it clearly reflects fundamental changes occurring in population age structures, thus permitting comparisons across countries and time periods with varying employment and retirement circumstances.

The 21st century will be one of unprecedented population aging. Countries, especially in more developed regions, are experiencing unprecedented aging population structures. Effectively handling the increasing numbers of elderly and the simultaneous declines in tax-paying workers present unprecedented challenges for virtually every sector of society.

Above all, perhaps, population aging raises critical questions about the viability of pension systems and health services for the elderly. As is often the case when confronting slow-moving, yet momentous demographic trends, some governments defer addressing the consequences to others in the distant future. Long postponements, however, increase the difficulty and costs of implementing policy steps necessitated by population aging.

*Joseph Chamie is an independent consulting demographer and a former director of the United Nations Population Division.