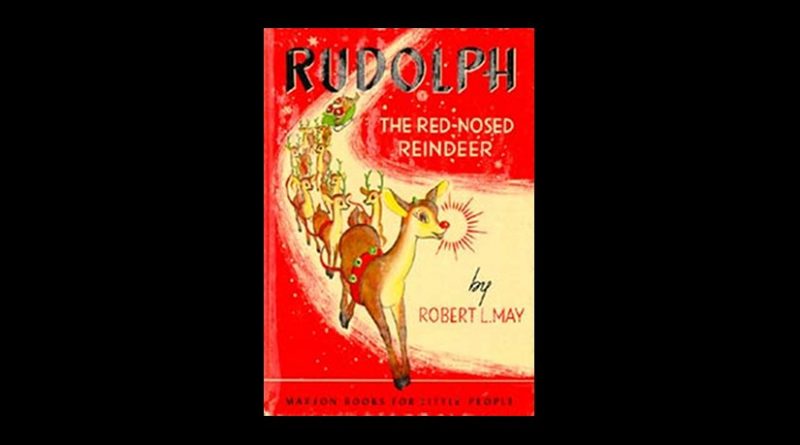 Promotional booklet cover of the original story of Rudolph The Red-Nosed Reindeer by Robert L. May

We’re all familiar with the story of Rudolph the Red-Nosed Reindeer by Robert L. May (a class of 1926 Dartmouth alumnus) but scientifically speaking, what are the optical benefits of a shiny red nose on a foggy Christmas Eve?

In a paper just published by Frontiers for Young Minds, Nathaniel J. Dominy, Professor of Anthropology at Dartmouth, explores this very question. By citing research by other scientists on the unique eyes and vision of Arctic reindeer, Dominy explains why Rudolph is able to lead Santa and his team of eight tiny reindeer through the thick Arctic fog.

Dominy points out that Arctic reindeer (scientific name Rangifer tarandus tarandus) can see ultraviolet light, which is invisible to humans and most mammals–a trait that comes especially handy in mid-winter when the sun is low on the horizon and the high scattered light from the atmosphere is mainly blueish and ultraviolet.

In addition, the reflective tissue (tapetum lucidum) in reindeer eyes changes from a rich golden color during the summer months to a deep blue color during the winter months. This tissue (which causes eye shine at night) helps nocturnal animals see in the dark, and a blue one is expected to improve their ability to see blue light. Yet, fog extinguishes blue light more readily than red light, which may make it especially difficult for Santa’s reindeer to see blue effectively, never mind fly.

This is where Rudolph’s luminescent (glowing) nose comes into play, as it serves as an excellent fog light for navigating his fellow reindeer.

According to Dominy, Rudolph’s nose also poses a problem. Reindeer noses are extremely vascular, which causes them to lose body heat through their noses. A glowing nose could cause excessive heat loss for Rudolph, putting him at risk of hypothermia.

“It is therefore imperative for children to provide high-calorie foods to help Rudolph replenish his energetic reserves on Christmas Eve,” said Dominy. As a result of the unique properties of Rudolph, it is no wonder that with a nose so bright, he is able to effectively guide Santa’s sleigh.