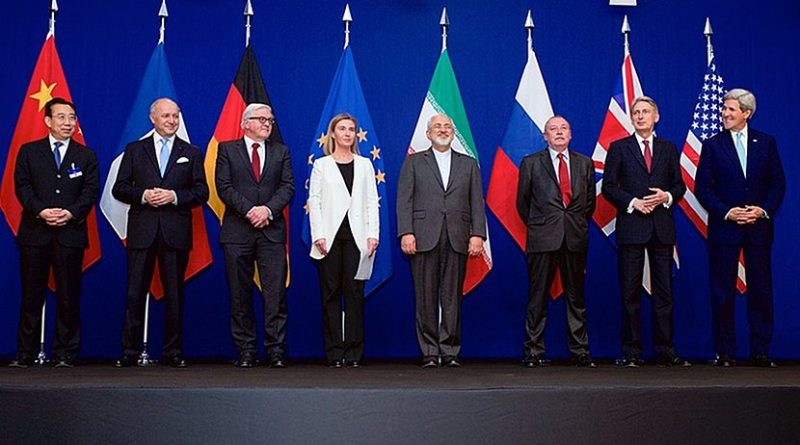 John le Carré died December 12, 2020. He is widely regarded as one of the most talented of novelists. He has written marvellous, intricate, plots of spying and espionage. In his youth, he worked for MI6 (Perhaps, for all we know, alongside James Bond). He knew it all. He is what is called a “trusted source”.

Once, on the subject of Iran, he wrote: “If people knew basically what we had done in Iran when we ousted Prime Minister Mosaddeq through the CIA and the British Secret Service and installed the Shah and trained his ghastly secret police force in all the black arts, the SAVAK, if people understood the extent to which we had humiliated Iran, then they would understand the later developments in Iran and Iran’s posture now.

“If people would look at the map and see the extent to which Iran is encircled by nuclear powers, they wouldn’t take it perhaps quite so seriously that Iran is seeking to arm itself with – if it is – nuclear weapons.”

It was the Americans who helped the Shah start his nuclear power research. At the time they seemed to not to care where this might lead.

In fact, the research was bequeathed from the wrong pair of hands to another wrong pair of hands – the Iranian revolutionaries who overthrew the Shah in 1979. They made progress, albeit very slowly compared with their peers in the nuclear arms business – Israel, India, Pakistan, Israel, South Africa, Brazil and Argentina (the latter three eventually voluntarily closed down their nuclear bomb-making facilities).

Nevertheless, Iran got to the point in their research where some outsiders began to sound the alarm. First and foremost, Israel who had its own secretive bomb program. But also, American congressmen and much of the media. Only the CIA carried out objective research and concluded that Iran was nowhere near being on the path to having a nuclear bomb.

Despite this it remained a divisive issue in American politics and so president Barack Obama decided to negotiate a limiting deal with Iran. His secretary of state, John Kerry, worked closely with his Russian, Chinese and European Union counterparts to present a united front vis-à-vis the Iranians.

Iranians were averse to any intrusion on their sovereignty but in the end, they agreed to only have a nuclear research program that could not lead to a nuclear bomb. The degree of uranium enrichment was limited as was the number of centrifuges. The Americans compromised by withdrawing their threat that there could be no compromise. The deal was approved in a unanimous vote by the UN Security Council.

But it wasn’t approved by Donald Trump. When he became president, he withdrew America from the deal and threatened to slap sanctions on any country that dared trade or provide financial services for Iran.

Needless to say, this has been counterproductive. Iran has steadily returned to its old ways – uranium is being further enriched, albeit not to the point where it could be used for bomb-making. More centrifuges have been installed. However, Iran still allows the inspectors of the UN’s International Atomic Energy Agency to do their work, unimpeded. But the Iranian parliament recently passed legislation which would end Iran’s voluntary compliance with the so-called Additional Protocol inspections. Then the outside world would have no way, bar subterfuge, of knowing what Iran was up to.

Last year the Iranians responded to the American sanctions by attacking international shipping and striking Saudi Arabia with drones and missiles.

On November 27 this year the Israelis – with at least post-act American connivance –made a spectacular intervention. The car carrying Mohsen Fakhrizadeh, the father of Iran’s nuclear program, was blown up.

President-elect Joe Biden has made it clear he wants a swift return to the Obama deal. For Iran’s part, President Hassan Rouhani has long said that if the US were to re-join the nuclear deal and lift economic sanctions then any actions that Tehran has taken in disregarding the broken deal would be reversible in short order.

Biden’s choice as a national security advisor, Jake Sullivan, has wisely said that other issues that divide Iran and the West will be dealt with in later negotiations. This is more than sensible. To entwine the nuclear negotiations with Iran’s support for Hamas, Hezbollah and the Syrian government or Iran’s burgeoning nuclear rocket program or the threat of the US anti-missile system based in southeastern Europe, supposedly meant to repel Iranian missiles but which could be quickly reconfigured to be aimed against Russia, is just to obfuscate the priority of this deal.

Fortunately, the US does not have to go back to Congress for approval. The UN Security Council never withdrew its vote for the Obama deal. International law still upholds its implementation.

The Americans must be encouraged by their colleagues to move as fast as possible. In June Iran holds a presidential election. The moderate Rouhani will be stepping down and there is the likelihood that a hard-line conservative will succeed him, someone, less keen on negotiations.

A new deal could be wrapped up in a month. If negotiators on both sides honour their pledges to return at once to how it was before Trump squashed the deal this is possible. It will make the Middle East a safer and calmer place. Then will be the time to make it even safer by negotiating the other divisive issues, hopefully with the same good faith.