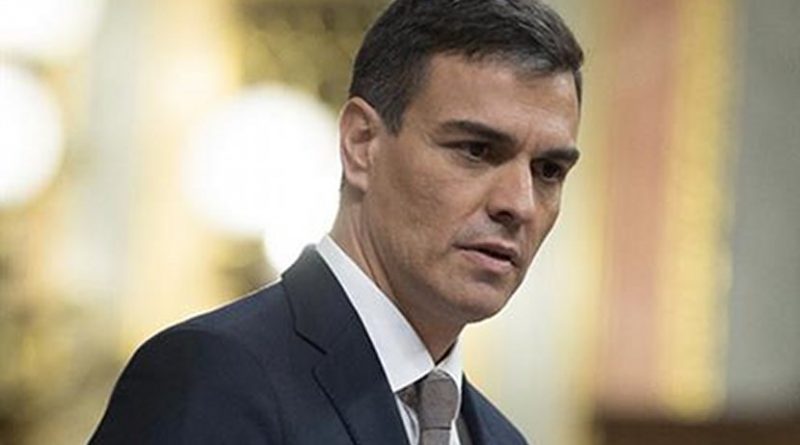 Facing glaring inequalities, reactionary populism and growing calls for change, the leaders of Spain and Italy told participants at the World Economic Forum Annual Meeting that they are committed to driving transformative economic change.

“Open global markets, free movement of capital and technological revolution did generate a large pay-off as promised, but just for the few,” noted Italian Prime Minister Giuseppe Conte. “Everyone, with a few exceptions, tends to see that tomorrow will be worse than today.”

Describing the current social contract as “violated,” Conte champions a new vision he calls “new humanism”. More robust economic and social fixes, and a fairer set of rules are required to improve opportunities and working conditions for ordinary people – not just the fortunate minority, he said.

“This vision is radically new because we are not thinking in terms of a big or small government in the traditional left- right divide as has been done for more than a century,” he explained. “Rather, we believe the true divide lies between those that have and those that do not have the power to shape the destiny of their nation.”

The new set of rules, Conte said, must put citizens centre stage: “We believe this power cannot be bestowed on a tiny minority of citizens. We are radical but we are radical because we want to bring the power back where it was meant to be in the first place, to our constitution.”

Among some of the immediate measures being employed by the new Italian government is a flexible retirement age and greater income support for poor families, although Conte acknowledged much more would need to be done to address deep-rooted social and economic problems.

Joining the calls for a serious re-evaluation, Spanish Prime Minister Pedro Sánchez, agreed that the growing wealth gap in Europe and other parts of the world is tearing the fabric of society.

Reactionary populism and rising inequality, he argued, are results of the weakness of global capitalism that have yet to be addressed and are not just the problem of one country, but of liberal democracy itself. A decade after the global financial crisis, Sánchez warned, we run the risk of not learning from our mistakes. “We must change now that we have some degree of freedom to do so and we must do this mindful of the fact that the economy is not self-serving, but serves the people,” he said.

Economic fault lines, he continued, are hampering much-needed social progress. “We are seeing equality and the fight against climate change perceived as placing constraints on economic activity rather than offering gains in social well-being,” Sánchez explained. Similarly, globalization is being wrongly characterized as a challenge to national identity, rather than a source of cultural wealth, or feminism distorted and presented as pitting men and women against each other, rather than as a campaign for truly equal opportunity, he said.

The Spanish leader called for urgent and innovative thinking to address the challenges ahead, from discussion of universal wages to how to best harness rapid technological change in the fields of data, AI and machine learning to improve government services.

Noting Spain’s current positive growth trajectory – predicted to continue expand until 2020 – Sánchez said that the negative economic model that has prevailed for many must be turned around. “Citizens need to feel their fates are in their own hands, that effort, talent and drive count for something,” he said. “Our priority is to reverse this negative model in which people fear globalization, equality for women, clean energy and solidarity. This can only be reversed if politics and economics go hand in hand.”