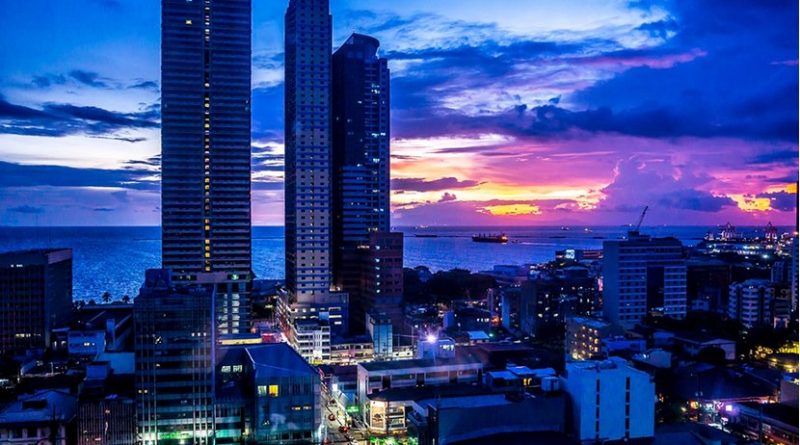 By Redmond Alejandro B. Lim

Lost in the annals of history is the little-known fact that two Filipino citizens working for the US Embassy were also held hostage during the 1979 Iranian Revolution. These two were later released, setting the stage for future cordial relations between the Philippines and the Islamic Republic of Iran. Historians usually wax poetic about the hostage-taking of 52 American diplomatic staff and the minutiae events that transpired, such as the aforementioned, are overshadowed.

A history of cordial relations

In 2014, Iran celebrated its 35th anniversary since its revolution. It also reached another milestone: 50 years of cordial Philippine-Iranian diplomatic relations, emphasized during the 5th Philippines-Iran Joint Consular Consultation Meeting in Manila in January of the same year.

Prior to the arrival of the Spaniards in the Philippines, strong Persian influence pervaded the islands through established maritime trade routes in the region. In the modern period, bilateral relations between the two countries started on 22 January 1964 during the regime of the Iranian Shah Pahlavi. Iran was the original destination for the first wave of overseas Filipino workers (OFWs) in the Middle East region during the 1960s and 70s. In 1976, Iran supported the implementation of the Tripoli Agreement on the creation of the Autonomous Region of Muslim Mindanao (ARMM). Today, the Islamic Republic has been vocal about its support for a peaceful resolution to the conflict in Mindanao. Meanwhile, the Philippines expressed in 2008 its support for Iran’s right to a civilian nuclear program under the auspices of the Nuclear Non-Proliferation Treaty (NPT) safeguards.

The high level of goodwill is evident on many occasions. The two countries had exchanged state visits in 1995 between then Presidents Fidel Ramos and Ali Akbar Rafsanjani. In 2012, Supreme Leader Ayatollah Khamenei granted clemency to a convicted Filipina just eight hours before execution after mediation from President Aquino. Iran also contributed assistance and aid during the 2013 Typhoon Yolanda/Haiyan.

Economic bilateral relations have also been sound until the international embargo against Iran over perceived breaches of the NPT starting in 2006. Yet, in 2008, Iran agreed to invest USD125 million in the local petrochemical market. Iran is also a major exporter of crude oil: In 2011 the Philippines was importing roughly 6 million barrels or 8.4 percent of its total crude imports from Iran. But after the embargo, international oil prices have soared, hitting oil-importing countries, including the Philippines, badly. Worse, by March 2012 the Philippines joined the US-led economic sanctions, ceasing all Iranian imports lest it also face punitive sanctions. International sanctions have also hurt other sectors, notably Filipino banana producers who were then exporting 30 percent of their wares to Iran.

The star-spangled elephant in the room

The uphill climb in Philippine-Iranian relations in recent years is thus not of its own making but by external forces. Iran’s isolation could have ended if Iran and the P5+1 powers, led by the US, had struck a comprehensive agreement (rather than an interim agreement) after the election of moderate President Hassan Rouhani in 2013. This would have opened its bruised economy to the world while keeping restrictions on its nuclear program. Yet after two more deadline extensions for a deal – the new deadline is set at the start of July 2015 – it is becoming evident that there remains a divergence of views on fundamental issues.

While it is not a direct party to the negotiations, a breakdown in talks is not in the interest of the Philippines. The aftershocks of sour relations between the West and Iran can affect the greater Middle East and beyond. With Iran the preeminent Shiite power in the region, a breakdown in communication may lead to wider regional political instability and an arms race between the Iranians, the Saudis, and the Israelis. The most obvious concern for the Philippine government is its millions of citizens in the region. The scale of a wider regional war involving millions of Filipino nationals, together with other refugees, is unfathomable. A war, or at least widespread political unrest, in the oil-rich region also poses economic challenges. Iran has threatened to close the Straits of Hormuz, the transit route of a fifth of the world’s oil. Jittery markets lead to unstable and ballooning oil prices and thus create additional difficulties for Philippine energy security given the country’s reliance on imported – and mostly Middle Eastern – oil.

Clearly, there are nuances in revitalizing political or economic exchanges between Iran and the Philippines. Both must accept the large American elephant in the room limiting deeper dialogue and partnership. The Iranian leadership should also consider that the Philippine government is an ally of the US.

Still, meaningful exchanges are possible and opportunities should not be missed. The easiest avenue would be continued cultural exchanges. These can easily drum up goodwill on both sides, given that the Philippine public lacks a general understanding and awareness of the Iranian people.

Some 3,460 Filipinos live in Iran as permanent residents or OFWs. Conversely, there are roughly 7,000 Iranians in the Philippines, mostly students looking for low-cost English education, not to mention a less politically hostile environment compared to the United States. Iran has expanded its embassy in Manila to include a Cultural Section, established in 1990. For sports, the two countries signed a Memorandum of Understanding to facilitate athletic exchanges in 2014. Both are also parties to an international convention adopted in 2010 where Iran recognizes Philippine maritime certificates of competency, aiding Filipino maritime workers in the Persian Gulf.

Both countries have regularly called for greater cooperation in issues such as combating human and drug trafficking and facilitating consular and visa access. There is also much potential in economic relations and these have largely remained untapped because of the ongoing international sanctions on Iran. But this has not deterred both sides from continuing with exchanges between Philippine and Iranian business delegations especially in trade, energy, agriculture, and tourism. Indeed, commercial contacts between Iranian and European Union businessmen have increased after the signing of the interim agreement last November 2013.

Perhaps it might even be possible for a Philippine president, enjoying amiable relations with his American and Iranian counterparts, to offer his offices as neutral ground in future bilateral talks. This is what the Omanis did in 2013, with American and Iranian negotiators clandestinely meeting several times in the Omani capital which paved the way for the interim agreement in November of that year. At the very least, this drums up points for the Philippines on both sides, a diplomatic coup should a conclusive agreement be made in Manila.

Evidently, both the Philippines and Iran have much to gain from deepening their ties. Yet as Iran’s ambassador to the Philippines lamented, “mental barriers” exist, and Iran’s enmity with the United States effectively ties the hands of Filipino diplomats. The Philippine leadership should be forward-thinking in its approach to Iran and attempt to exercise a truly independent foreign policy while keeping its core national interests in mind. Hence, exploring areas of cooperation untouched by international sanctions is imperative. Finally, the Philippines should support a positive conclusion to the international nuclear talks not only for the potential economic bonanza, but because peace for peace’s sake is in itself something worth fighting for.

*Redmond Alejandro B. Lim is a Foreign Affairs Research Specialist with the Center for International Relations and Strategic Studies of the Foreign Service Institute. Mr. Lim can be reached at [email protected]

The views expressed in this publication are of the authors’ alone and do not reflect the official position of the Foreign Service Institute, the Department of Foreign Affairs and the Government of the Philippines.

Home » Walking A Thin Line: 50 Years of Philippines-Iran Relations and Beyond – Analysis