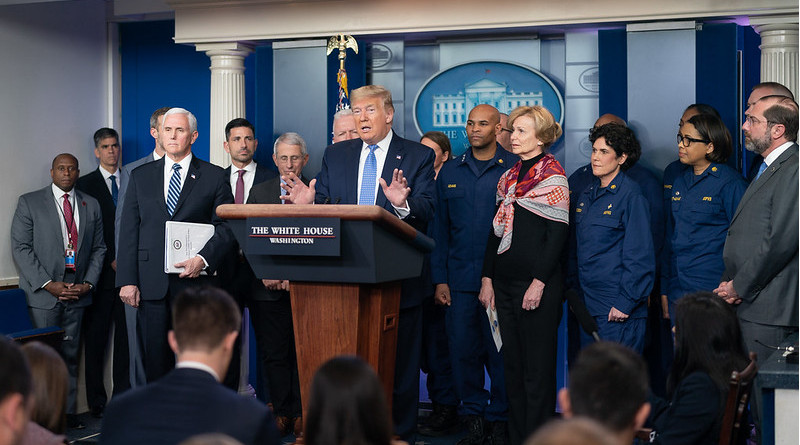 US President Trump has been repeatedly accusing China  for not informing the world adequately and in right time about the seriousness of the Coronavirus issue in China,  which have caught several countries unaware.

According to Trump, due to the lack of information from China, the world has not prepared itself to face this dreaded virus. While the pledged critics of Trump accuse him of being “uncharitable in his views” and holding China responsible for rapid worldwide spread of this virus, the fact is that there appears to be considerable truth in what Trump has said. Instead of replying to Trump’s charge with facts and figures, China is simply accusing Trump of making false allegations.

The fact and ground reality is that Coronavirus originated in Wuhan region in China and spread rapidly to several parts of  China.

It should be agreed that China fought against the Coronavirus on its own without seeking support from elsewhere. In the process, several thousands of Chinese living in China suffered and more than three thousand Chinese citizens lost their lives.

Many multinational companies from Europe, USA and other developed countries have set up large number of factories, research centres and trade offices in different parts of China, apart from Shanghai and Beijing. Several developing countries and under developed countries too have trade outfits in China. Therefore, many families from other countries live in China and they have been criss crossing in China due to business activities.

All said and done, it is well known that mainland China is a “closed country” for all practical purposes, with information about happenings in China hard to get. Media in China is severely suppressed and Chinese citizens and outside world receive only official communication from Chinese government, with little accessibility to verify and counter check them.

While the dreaded virus has spread to other parts of the world causing deaths and sufferings, Chinese government now claims that it has “conquered the virus” and brought the situation in China under control. If so, Chinese government has not cared to share with the world any information as to how it controlled the situation and “drove out the virus”. Little is known about the strategies it has adopted. While some people doubt as to whether China has really brought the situation under control and if so to what extent, many think that China must have adopted draconian measures and forced the people to remain indoors.

Now, some vague claims have been made by Chinese government  that  it has developed drug/vaccine to treat the coronavirus but there is no conclusive proof that it has done so and no clinical trial results have been announced.

If China has warned the world about the impending coronavirus disaster when it happened in Wuhan in the month of November / December,2019 , worldwide efforts could have started at the right time to develop a suitable drug / vaccine.

Since the massive outbreak of viral disease happened only in China, any new drug developed could be tested only in China to ascertain its efficacy and usefulness. By not sharing its experience with other countries and World Health Organisation in dealing with this coronavirus and opening its territory to international researchers to study the issues in depth and develop remedial measures, China certainly stands accused of letting down the world citizens.

Now, huge research efforts are being made across the world to find the drug / vaccine to treat coronavirus, which has already spread to a very serious level across the world.

As the Chinese government has done the damage to the world cause,  at least now, better late than never, it should call for a world conference of medical researchers to share its experience and information at its command to find a way out to save the world community from further disaster.

President Trump has the courage to say openly that Chinese government has failed in its duty to forewarn the world about the dreaded  coronavirus. The Chinese government should view Trump’s charge in the proper perspective and act responsibly to fulfill its obligations to the world’s citizens.