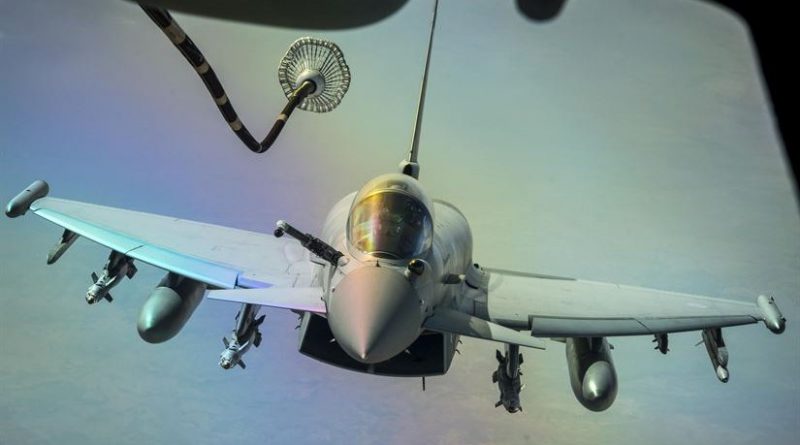 Fawaz Muhammad Jubayr al-Rawi, a Syrian native and an experienced terrorist financial facilitator, moved millions of dollars for the terror organization’s attack and logistics network. He owned the Hanifa Currency Exchange in Abu-Kamal, which he used along with a network of global financial contacts to move money into and out of ISIS-controlled territory and across borders on behalf of the group.

The U.S. Department of the Treasury, pursuant to U.S. Executive Order 13224, which targets terrorists and those providing support to terrorists or acts of terrorism, imposed sanctions on al- Rawi and his company, Hanifa Currency Exchange’s branch in Abu-Kamal, Dec. 13, 2016. This was the first U.S. action specifically targeting ISIS-affiliated money-services businesses.

The U.S. Department of Treasury designated al-Rawi for providing financial and material support to ISIS. Al-Rawi pledged loyalty to ISIS in 2014 and used his network of global financial contacts to help ISIS conduct weapons and ammunition deals at a time when the terrorist group was seizing land and committing atrocities across Syria and Iraq. In 2015, he facilitated ISIS financial transactions and money storage, including payments to ISIS foreign terrorist fighters; his property was also used by senior ISIS leaders for weekly meetings. As of May 2016, he was considered an ISIS finance emir, whose money exchange business was used for ISIS-related transactions.

The Coalition’s efforts to disrupt and attack ISIS’s financial networks have restricted the terror group’s ability to move resources and export terrorism. Several of al-Rawi’s close terrorist associates have also been targeted and killed by the Coalition:

Abd al-Basit al-Iraqi, a senior external terror attack facilitator, was killed Nov. 12, 2016, in Raqqa, Syria. He was responsible for attacks across the Middle East, including against American, Turkish, and other European targets of interest, and was also involved in assassination plots, hostage situations, convoy reconnaissance, and helped arm, fund and move terrorist fighters. U.S. Central Command announced his death Jan. 6, 2017.