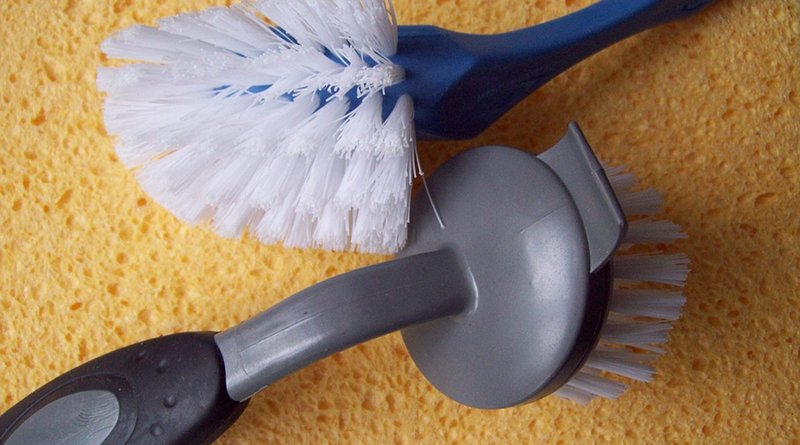 Researchers from the New York Institute of Technology (NYIT) have discovered bacteriophages, viruses that infect bacteria, living in their kitchen sponges. As the threat of antibiotic resistance increases, bacteriophages, or phages for short, may prove useful in fighting bacteria that cannot be killed by antibiotics alone. The research is presented at ASM Microbe, the annual meeting of the American Society for Microbiology.

A kitchen sponge is exposed to all kinds of different microbes, which form a vast microbiome of bacteria. Phages are the most abundant biological particles on the planet and are typically found wherever bacteria reside. With this understanding, kitchen sponges seemed a likely place to find them.

“Our study illustrates the value in searching any microbial environment that could harbor potentially useful phages,” said Brianna Weiss, a Life Sciences student at New York Institute of Technology.

The researchers decided to “swap” these two phages and see if they could cross-infect the other person’s isolated bacteria. Consequently, the phages did kill the other’s bacteria. “This led us to wonder if the bacteria strains were coincidentally the same, even though they came from two different sponges,” said Weiss.

The researchers compared the DNA of both isolated strains of bacteria and discovered that they were both members of the Enterobacteriaceae family. These bacteria belong to a rod-shaped group of microbes commonly found in feces, where some cause infections in hospital settings. Although the strains are closely related, when performing biochemical testing they found chemical variations between them.

“These differences are important in understanding the range of bacteria that a phage can infect, which is also key to determining its ability to treat specific antibiotic-resistant infections,” said Weiss. “Continuing our work, we hope to isolate and characterize more phages that can infect bacteria from a variety of microbial ecosystems, where some of these phages might be used to treat antibiotic-resistant bacterial infections.”