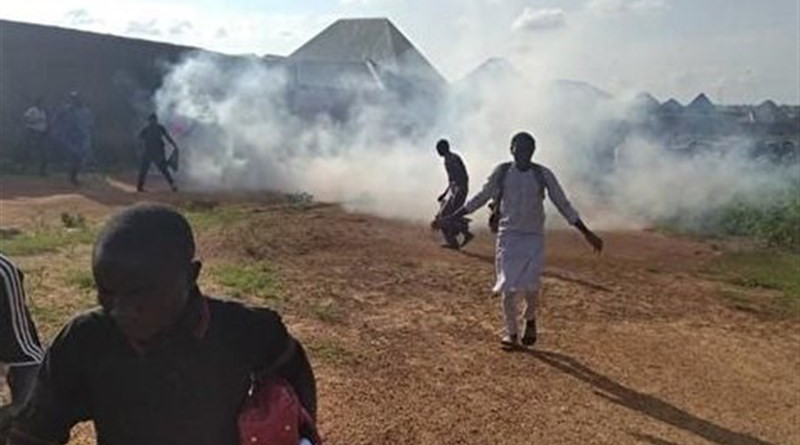 At least three people were killed and dozens of others injured after Nigerian police attacked mourners marking the martyrdom anniversary of Imam Hussein (AS), the third Shiite Imam and grandson of Prophet Mohammad (PBUH), in the northern state of Kaduna.

The casualties took place on Saturday evening when police and security forces violently attacked an annual Ashura mourning ceremony that had been organized by the Islamic Movement in Nigeria (IMN) in Hayin Bello neighborhood of Kaduna.

The IMN, led by prominent Muslim cleric Sheikh Ibrahim Zakzaky, said on its Twitter account that police had also fired teargas at mourners in the ceremony and vandalized their vehicles.

“Some vehicles belonged to the mourners are vandalized by @PoliceNG bullets, and tear gas; including their patrol vehicle which they shot tear gas at, that resulted in a fire,” the movement said.

The Nigerian government has been cracking down on Shiite Muslim ceremonies for several years and has also banned the IMN, whose members regularly take to the streets of the capital Abuja to call for the release of their leader.

Zakzaky, who is in his mid-60s, has been in detention since December 2015 after his residence in the city of Zaria was raided by Nigeria’s forces, during which he was beaten and lost vision in his left eye.

During the brutal arrest, three of his sons were also killed, his wife sustained serious wounds, and more than 300 of his followers lost their lives.

Zakzaky was charged in April 2018 with murder, culpable homicide, unlawful assembly, the disruption of public peace, and other accusations. He has pleaded not guilty, vehemently rejecting all the accusations brought up against him.

In 2016, Nigeria’s federal high court ordered Zakzaky’s unconditional release from jail following a trial, but the government has so far refused to set him free.

The IMN members say the Nigerian government has turned a deaf ear to all protests calling for the top cleric’s release.