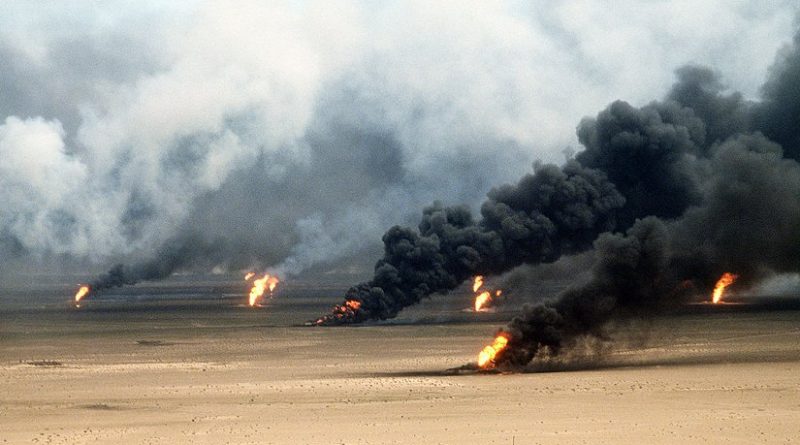 The state of global affairs hasn’t been this poor in over seven decades. Russia blatantly affected US presidential credibility in many ways by overtly and covertly meddling in the process. And they still keep amassing troops in Belarus and the border with Ukraine. Putin, for good reason, seems to believe the Europeans will do nothing to stop him from causing utter disarray on Europe’s eastern flank. Meanwhile, President Obama continues an apology tour in Europe by encouraging anti-Trump protesters. Putin has wagered correctly that the West is weak and vulnerable.

Iran continues breaking the so-called peace deal they made with the P5 + 1. Not only have they recently hijacked an American boat and buzzed US warships, but have made frequent promises to destroy Israel and America. Was this the peace deal western powers had in mind when they supposedly reigned in Iran’s nuclear weapons program?

The United Nations International Atomic Energy Agency signaled recently the Iranians again broke the spirit of the agreement, by creating excess heavy water; a material used to cool reactors that produce plutonium. Anyone who actually believes this agreement did anything to stop the Iranian hegemonic march in the Middle East and other parts of the world is delusional at best, and dangerously naïve at worst.

North Korea is delusional, but as long as China has their proxy’s back in manufacturing chaos to allay the world’s interest away from them grabbing the South China Sea then Kim Jong-un may actually believe he could win a war with Japan, South Korea and the U.S. North Korea is testing ballistic missiles that could reach the western U.S. Imagine California seceding from the U.S., striking a peace deal to avoid imminent nuclear destruction. They already moved politically away from the U.S. as a reaction to Trump’s election by unanimously electing liberal Democrats over Republicans.

Political correctness has Western leaders not able to articulate the threats taking place with Russia and China while still bellowing the hollow assertion that if it weren’t for Guantanamo Bay, all the world’s problems with radical Islamists would abate. Then striking at non-elite citizenry who dare attempt uttering the words, “Islam,” and “terror” in the same sentence. Tongue-lashing and finger pointing ensues while ruining lives with the claim of Islamaphobia, sexism, or racism yet never looking their own hollow cowardice in the mirror.

Returning to the Middle East, a region never known for tranquility has certainly not been this bad. US leadership has left the world stage after leading from behind, and a giant void has been left in its place. Civil wars simmer and are raging in Iraq (which the U.S. should have never left) Libya (which the US, NATO, and the Europeans caused), Syria (in which the U.S. didn’t back up its threats), and Yemen (which the Iranians felt emboldened to invade via their proxy the Houthi’s after the nuclear agreement).

Simmering fights are brewing in Egypt (which the US abandoned for the Muslim Brotherhood), South Sudan, Turkey, and these could easily spill over to Algeria, Jordan, Lebanon, Saudi Arabia and the one country to come out democratically from the so-called Arab Spring, Tunisia. Higher levels of tension are noted between Iran and Saudi Arabia; the two are in the early stages of a full-fledged religious fight not seen in centuries between Sunni and Shia Muslims. For once, the Israeli-Palestinian peace process has taken a break from violent levels not seen since WWII.

A few countries such as the United Arab Emirates, Kuwait, Morocco, Oman and Qatar have sailed through the storm, but have they really when oil prices continue below $50 a barrel? Shots may not be fired in these countries, but how long will their citizenry, which expect largesse based upon government handouts through oil receipts, stay tranquil under autocratic benign dictatorships? Kenneth Pollack of Brookings states, “not since the Mongol invasions of the 13th century has the Middle East seen so much chaos.”

Drug violence and instability racks Central America, and South America still has drug-lord instability and the Columbian peace process with FARC is in shambles after the electorate pulled a Brexit-Donald Trump election surprise by voting no to peace. Mexico continues their almost decade long uprising against former Mexican Special Forces now turned drug terrorists that have the US border in constant flux.

The Congolese civil war is in its 22nd year, Peru’s at 36 years, and the perpetually unstable Afghanistan enters year 37 of its civil war. What makes each of the above conflicts, wars, and tensions so malicious are the spillover effect. Without intervention that could last decades in the case of US troop presence still active in Germany, Japan and South Korea none of the problems will go away. Instead they only feed upon themselves, and metastasize into something far more insidious and ravaging.

Since the U.S. has morphed into an angry bastion of electoral infantile behavior, and the Europeans continue their march toward self-inflicted destruction, who will lead? Jordan and Tunisia are somewhat stabilized but now with the vituperative Philippines marching towards the Chinese that adds further Pacific instability to the world’s problems. What issue then should be tackled first?

The short answer is every issue needs to be confronted with the U.S., NATO and Pacific-based democracies leading the way. The U.S. should immediately rescind sequestration, and begin building their blue-water navy to Cold War levels, which peaked at 594 vessels in 1987 through a combination of new construction and keeping older ships afloat longer.

Incoming president-elect Trump should also allow the Japanese to build a larger navy and troop presence along with South Korea to deter the North Koreans and Chinese. But the real issue is the instability of the Middle East, and the aggressive nature of the Iranian regime’s hardliners. Not only should the U.S. confront them with new sanctions and scrapping the nuclear deal, but also NATO, led by the Europeans, should triple the size of the NATO Response Force. With Libya teetering on the edge of collapse a plan to confront armed factions at Europe’s doorstep needs to be in place along with securing their borders against an influx of displaced refugees and armed terrorists.

Every at-risk country mentioned needs Western economic assistance, cheap energy provided by coal and natural gas, stable infrastructure, political reform without democracy being the end-goal, and trade benefits for political reforms to possibly take hold. Transparency, rule of law, respect for private property and the elimination of graft in the public sector are the goals, while seeking a fair distribution of goods and services to all citizens regardless of religious affiliation, gender, and sexual orientation.

Good governance is the aim toward nation-state stability otherwise the spillover affect will plague the Middle East, South America, North Africa and eventually the Pacific rim.

Unfortunately paralyzed Western democracies aren’t given to provide military assistance – meaning boots on the ground – because problems the military could solve in the past no longer work in an era of a 24-hour news cycle to shape the message in a way that looks disadvantageous to Western political leaders. War and civil war in particular are messy affairs where millions can be killed and displaced. Disengagement from regions across the world have only emboldened the Chinese, Russians and Iranians to make the world in their image, instead of the post-WWII order that is now crumbling.

Disengagement has been disastrous in Iraq, and has pulled that country into a vicious civil war where security apparatchiks litter the region. Unless security is the first goal then eradicating the illness with pinprick assistance will only prolong the inevitable. Larger blue-water navies to confront the Iranians in the Middle East, Russia in the Mediterranean and the Chinese in the South China Sea are a beginning.

Over the past fifteen years the U.S. and other allies have killed scores of Salafist jihadists, but the problem only grows larger. The scorched-earth policy of President George W. Bush in Iraq provided a road-map to what peace in the Middle East looks like: unleashing militaries to kill, stabilize and bring all political parties to the table. Not the model Western democracies currently follow that have grown factions of self-important educated media elite, London School of Economics grandees, climate change billionaires, financial plutocrats and coastal corridor snobs from California to Lake Cuomo who talk leftism inequality, but live better than the French Monarchy ever dreamed.

This governing elite is now losing their grip on power, and will confront a world that doesn’t care about climate change, renewable energy or eating organically. Instead this new world under men such as Duterte, Trump, Putin, the Iranian Quds Force, and Premier Xi understand strength through military power. Will the U.S., Europeans, NATO and Pacific elites understand this new equation? If they don’t, then World War III is a distinct possibility. Spillovers and tipping points for squashing civil wars and vicious hegemon growth aren’t contained with the crumbs of good intentions, but more than likely at the end of a soldier’s gun. Let’s sincerely hope it doesn’t come to this.

Home » Who Will Lead In A World On Fire? – Analysis