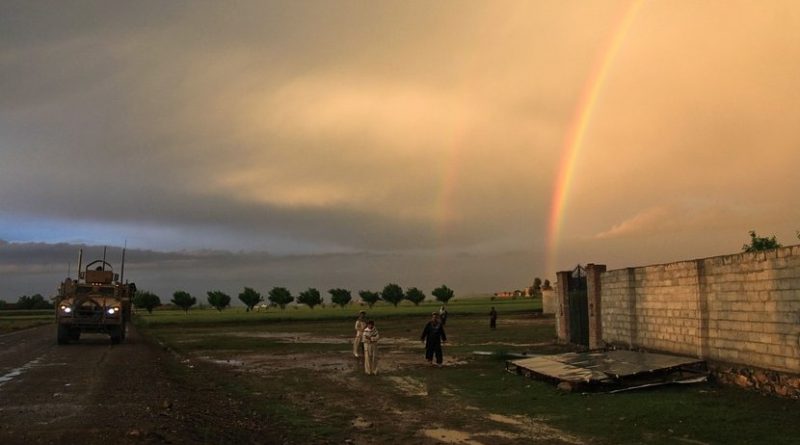 On November 21, 2020, eight civilians were killed and another 31 were injured in a series of rocket attacks in Kabul city. The Interior Affairs Ministry said 23 rockets were fired on different parts of Kabul.

On November 18, 2020, seven civilians were killed and six were injured in a Taliban mortar attack in the Taloka area in Kunduz city (Kunduz Province).

On November 10, 2020 the Taliban shot and killed three civilians while they were praying in a mosque in the Faizabad District of Jowzjan Province. On the same day, a mortar fired by the Taliban landed in a house in Zari District, Kandahar Province, killing four women.

On November 8, 2020, eight civilians were killed and seven were injured after three mortars fired by Taliban hit residential houses in the Naw Abad area in Ghazni city.

Data released by the Ministries of Defense and Interior Affairs on November 20, 2020, revealed that, over the preceding six months, the Taliban has carried attacks, including 50 suicide attacks, across the country, in which 1,210 civilians have been killed. Tariq Arian, spokesman for the Ministry of Interior Affairs, disclosed, “1,210 civilians were martyred and 2,500 more were wounded in Taliban attacks”.

According to 49th Quarterly Report of the Special Inspector General for Afghanistan Reconstruction (SIGAR), released on October 30, 2020, at least 2,561 civilian casualties were reported between July 1 and September 30, 2020, which included 876 deaths and 1,685 injuries. The report noted that, in line with the continued rise in violence, this quarter’s (July 1–September 30) casualties increased by 43 per cent, compared to preceding quarter (April 1–June 30, 2020) which had recorded 2,085 civilian casualties, including 1,374 deaths and 711 injuries. The report further observed that 83 per cent of latest quarter’s civilian casualties were attributed to anti-Government forces (40 per cent to unknown insurgents, 38 per cent to the Taliban, three per cent to the Islamic State and two per cent to the Haqqani Network), roughly the same proportions as preceding quarter’s breakdown. The remaining eight per cent were attributed to pro-Government forces.

The United Nations Assistance Mission’s (UNAMA’s) Third Quarter Report on Protection of Civilians in Armed Conflict: 2020 (Afghanistan), stated that a total of 29,626 civilians had been killed between January 1, 2009, and September 30, 2020, mostly by Islamist militants with linkages to Al Qaeda.

Highlighting the increased attacks on civilians by the Taliban, Amrullah Saleh, the First Vice President, noted, on November 11, 2020, “The Taliban have decided to target civil society, its members and organizations in Afghanistan’s major cities, who are among the soft targets.”

The Islamic State-Khorasan Province (IS-KP), which is continuously suffering major battlefield losses, also continues to target civilians. UNAMA’s Third Quarter Report on Protection of Civilians in Armed Conflict: 2020 (Afghanistan) noted that IS-KP was responsible for 392 casualties (132 killed and 260 injured) between January 1 and September 30. UNAMA’s Annual Report 2020, released in February 2020, attributed 1,223 civilian casualties to IS-KP in 2019; 1,871 in 2018; and 843 in 2017. Some of the prominent attacks by the IS-KP in 2020 included:

November 2: 22 people were killed and another 40 were injured when IS-KP militants stormed Kabul University during a book fair.October 24: 30 civilians, mostly students, were killed when a suicide bomber detonated himself in the Pul-e-Khoshk area of Dasht-e-Barchi, a Shia dominated neighbourhood in Kabul city. The IS-KP claimed the attack.March 25, 2020: 25 civilians belonging to the minority Sikh community were killed in an attack on Shor Bazar Gurudwara (Sikh Temple) in Kabul. IS-KP claimed responsibility for the attack.

Civilians have also been the victims of collateral damage in the ‘war’. According to UNAMA’s latest report covering the period between January 1 and September 30, the Afghan National Security Forces were responsible for 1,376 casualties (466 killed and 910 injured) during this period, almost 23 per cent of the total casualties (5,939). International Forces assisting the Afghan Forces were responsible for 113 civilian casualties (83 killed and 30 injured), i.e. two per cent. Crossfire between the terrorists and the Security Forces resulted in 849 civilian casualties (237 killed and 612 injured).

The peace talks will need some time to help deliver peace. But all parties can immediately prioritize discussions and take urgent, and frankly overdue, additional steps to stem the terrible harm to civilians. New thinking and concrete action towards safeguarding civilian life will not only save thousands of families from suffering and grief but it can also help lessen recriminations and, instead, bolster confidence and trust among negotiators.

Notably, the Taliban has not reduced violence even after the signing of the US-Taliban agreement on February 28, 2020, in Doha, Qatar, and initiating direct talks with the Afghanistan Government on September 12. Security Forces also continue to face violence. According to partial data collected by the Institute for Conflict Management, at least 7,000 Afghan National Defence Security Force (ANDSF) personnel have been killed across the country since the signing of the ceasefire (data till November 22, 2020).

Highlighting the increased violence, President Ashraf Ghani while addressing the Shanghai Cooperation Organization Summit through a video conference on November 10, 2020, observed, “the violence by the Taliban has increased substantially.” Similarly, Abdullah Abdullah, the head of the High Council for National Reconciliation, on November 10, 2020, stated that “the scale of war and violence has expanded… At the same time, the two sides are in talks. You might ask what these negotiations mean in the view of the current situation in the country.”

Violence remains high in Afghanistan despite purported peace process ongoing in Doha between negotiating teams of the Afghan Government and the Taliban. As violence surges in Afghanistan, the international community needs to recommit its support for the Afghan people to end the war and building a better future with stability, sound governance and greater economic opportunities, objectives that the Taliban has demonstrated visible contempt for.