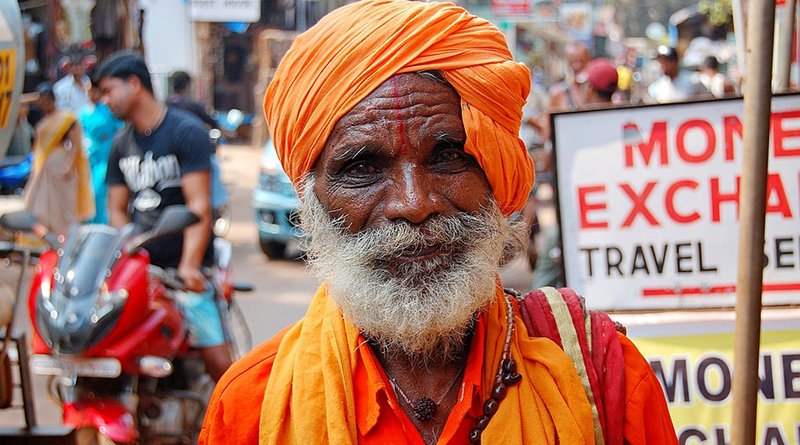 India is not a signatory to the UN’s 1951 Refugee Convention which defines a refugee yet the Government of India under Prime Minister Narendra Modi has kept the promise that Mahatma Gandhi had made to persecuted people living deplorable lives in India’s neighbourhood through the Citizenship Amendment Act (CAA).

However, many articulations which are in circulation both in local and international media seem more like a mischievous propaganda that Citizenship Amendment Act (CAA) is an effort towards disenfranchisement of Muslims by stealth or trickery. Their conjectures are most flabbergasting, and necessitate a correct understanding of the Citizenship Amendment Act.

It is very important that people understand the Citizenship Amendment Act as the opposition parties and mischievous elements of the society are encouraging, inciting, provoking the lumpen into the street to commit violence and damage the public property, so that soon they start lamenting violence and hold the incumbent government of India, the world’s largest democracy responsible for it.

Under the Citizenship Amendment Act (CAA), people from six minority communities — Hindu, Sikh, Jain, Buddhist, Christian and Parsi — who have come to India before 31 December 2014 will be granted Indian citizenship. The government has not included Muslims, arguing that all three countries in India’s neighbourhood viz. Pakistan, Bangladesh and Afghanistan, are Muslim dominated and it is highly unlikely that Muslims will be persecuted there for their religious beliefs.

The CAA does not violate Article 14, 25 and 21 of the Indian Constitution, and the bill is pro-minorities and not anti-Muslim. The most to benefit from it are the religious minorities from Pakistan and Bangladesh who mostly belong to the Dalit castes.

The Act is very specific in its intent and applies only in the cases of religious persecution of the above notified minorities in from Pakistan, Bangladesh and Afghanistan.

What is worth noting is that unlike India’s constitution, the constitution of these three countries viz. Pakistan, Bangladesh and Afghanistan is based on religion of the state, Islam. These countries have a track record of pervasive, systematic and institutionalized persecution of minority Hindus, Sikhs, Jains, Buddhists, Parsis and Christians especially the perennial persecution in Pakistan.

The 2018 case of Asia Bibi in Pakistan who was sentenced to death for blasphemy and refused asylum by Britain amid concerns of unrest and attacks immediately comes to mind. Moreover, one regularly keeps reading about Hindu and Sikh women in India’s neighbourhood who are the victims of kidnapping, rape and forced conversion to Islam.

The way Citizenship Amendment Act benefits the Hindus, Sikhs, Jains, Buddhists, Parsis and Christians from Pakistan, Bangladesh and Afghanistan is that the residency requirement has been reduced from 11 to 5 years. And these persecuted miniorities can claim citizenship as a right under this law.

This does not mean that Muslims from Pakistan, Bangladesh and Afghanistan can “never” get Indian citizenship. They can very much apply for an Indian citizenship. However, they will have to go through the usual process of acquiring citizenship through naturalization rules – for example, 11 years of residence etc.

Only few days back in the midst of protests against the Citizenship Amendment Act, a Muslim woman from Pakistan Hasina Ben got Indian citizenship. Following her husband’s death in Pakistan, Hasina Ben decided to return to India and had, therefore, applied for Indian citizenship almost two years ago.

However, the cases of Muslims like the Shias, Baluchis, Ahmediyas in Pakistan, and Rohingayas in Myanmar will still be considered under the existing laws of the Government of India. The usual process will apply in their case and their application for naturalisation as citizens will be as per the governing law and based on the merits and demerits of the case.

Sri Lankan Tamils have not been included in the Citizenship Amendment Act because the war has been over for a decade now. Also there never was any persecution on religious lines in Sri Lanka but on ethnic faultlines. And after the decades of civil war, the Sri Lankans have put an end to institutionalized discrimination of Tamils.

It is often asked what whether India as a responsible member of the United Nations doesn’t have an obligation to take care of refugees as the country is not a signatory to the UN’s 1951 Refugee Convention. Yes it does, and India is not shying away from it.

However, India has no obligation to offer citizenship. Each country has its own rules for naturalization. India is not going to turn away other refugees under this law. It will play host to them under the UN rules, in the implicit expectation that someday they will return to their homelands when the conditions improve. But in the case of religious minorities from Pakistan, Bangladesh and Afghanistan, Citizenship Amendment Act acknowledges the extremely harsh reality of the environment of persecution in these three countries.

In addition, the Act does not apply to the tribal areas of Tripura, Mizoram, Assam and Meghalaya in the north eastern part of India because of being included in the Sixth Schedule of the Constitution. Also areas that fall under the Inner Limit notified under the Bengal Eastern Frontier Regulation, 1873, will also be outside the Citizenship Amendment Act’s. This keeps almost entire Arunachal Pradesh, Mizoram and Nagaland out of the ambit of the Act.

The Act fulfils the aspiration of Mahatma Gandhi. And ever since the failure of Liaquat-Nehru pact of 1950, at different times Dr Rajendra Prasad, Jawaharlal Nehru, Sardar Patel, Rajiv Gandhi, Manmohan Singh, Ashok Gahlaut, Mamata Banarjee, Tarun Gogoi and Indian National Congress have all demanded a Citizenship Amendment Act. Every sensible country has laws and rules for its citizenship. Why not India?

But why fear mongering and a careful, planned, and deliberate destruction in the name of the Citizenship Amendment Act when the Act has nothing to do with the existing Citizens of the Republic of India in any way

Does one seriously want to project that these ‘intifada’ style rioting was all spontaneous? Nearly all the stone-pelting, violent rioters can be communally identified, across all the states, given the plethora of visual media pouring in. The agitation seems to have much greater coordination and pattern than what a simple spontaneous stir could roil up. It’s almost as if these agents were prepared with an action plan and were waiting for just the right trigger event to roll out the action plan. It seems to have all the hallmark of salami-slicing tactics. The pattern of action seems to be too similar across the board, and too organised in a sequential manner. First North East, then Bengal, and followed by Delhi.

Till date 25 people have been killed in India and millions worth of public property has been destroyed. No one burns their own cars in protest and it is always someone else’s. Is that why it is called vandalism? Buses have been set on fire with people still inside. Exactly how vicious is it to burn a train?  One can judge it for oneself as even ISIS has never attempted it.

One must be dreaming if one thinks a blowback won’t materialise? Or, one can read Asterix comics – The Mansion of the Gods – which is an innocent story about a culturally homogeneous collective fighting against strategic demographic change by an inimical political force.

The protest against the Citizenship Amendment Act is possibly the most uneducated protest of any kind. The more one inspects it, the more it can be seen to be either a ‘knee jerk’ or opportunistic or ‘mischief mongered’.

Many also argue that the government machinery takes the decision and then strategizes later-on based on reactions like in the past as with demonetization, GST and now with the Citizenship Amendment Act. But India is a vast country. Prime Minister Narendra Modi in his address in New Delhi on December 22 cleared all the doubts and apprehensions about the Citizenship Amendment Act while calling for peace and harmony.

The Citizenship Amendment Act is in perfect sync with the ethos of the secular constitution of India as it does not prevent any person of any religion from any country seeking Indian citizenship. It does not dilute India’s commitment to the values enshrined in the Charter of the UN or change the criteria of citizenship in any way; merely providing a special expedited redress, under special circumstances, and fulfills the long pending demand of providing refuge to persecuted minorities from Pakistan, Afghanistan and Bangladesh.

* Jainendra Karn is a senior leader of the ruling Bharatiya Janta Party (BJP) in India. All viewpoints on this website reflect the personal views of respective writers and need not necessarily be shared by IDN, the flagship agency of the International Press Syndicate Group.