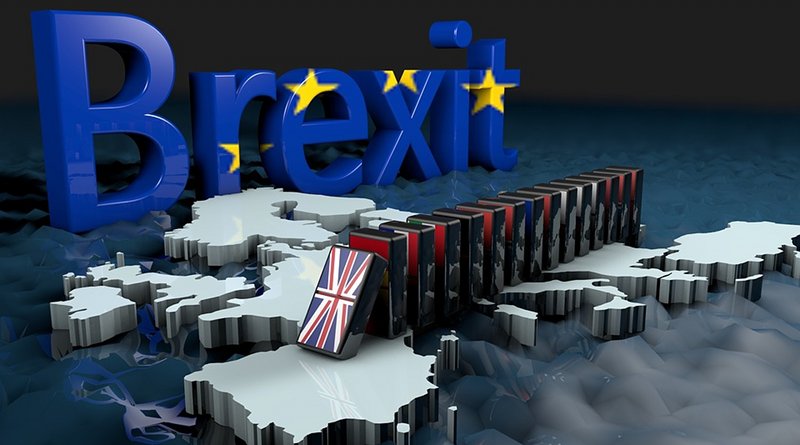 Most British people would like to see their country as Cool Britannia, as it was portrayed in the late 1990s, or the “land of hope and glory,” Arthur Benson’s patriotic ode set to the rousing music of Edward Elgar. Currently it is neither.

The UK has Europe’s second-highest number of COVID-19 cases and deaths, and faces the biggest recession in 300 years in an unholy confluence of the cost of the pandemic with the cost of leaving the EU.

Britain has gone through three prime ministers and four Brexit secretaries of state since it voted to leave in 2016. In that time the EU has had only two European Commission presidents and one chief negotiator, Michel Barnier.

That European consistency has given the EU the upper hand in negotiations. They never deviated, while British strategies, deadlines and “red lines” came and went. There is also strength in numbers; the EU’s 27 countries and a market of 450 million people, against the solo UK and its 66 million. In trade, Europe takes 43 percent of the UK’s exports and supplies 52 percent of its imports. It is hard to divorce your near neighbor when your economies are so intertwined.

Boris Johnson’s election victory a year ago, with a healthy parliamentary majority of 80, brought fresh impetus to the talks. The thorny issue of Northern Ireland was addressed by leaving the province in the European customs union along with the rest of the island of Ireland, effectively creating a customs border in the Irish Sea between Northern Ireland and Britain. Agreement also seems to have been reached on the “level playing field” — the extent to which the EU may impose retaliatory tariffs and quotas if the newly independent UK’s laws or regulations threaten the integrity of the European single market.

The only issue left is fish; specifically, how much of it in British waters may be caught by European fishermen. The industry constitutes only 0.12 percent of British GDP and is equally insignificant in the EU. However, it is an emotive issue, particularly for the powerful Brexit advocate Michael Gove, whose adoptive father’s fish processing business in Aberdeen was a casualty of European fishing policy. Moreover, if French fishermen are unhappy with the result of negotiations, President Emmanuel Macron is only too aware of their propensity to cause chaos with a blockade of the Channel ports.

The mood in Brussels is that a solution to the fishing impasse is imminent. The same cannot be said for the COVID-19 pandemic. The discovery in England of a new strain of the coronavirus said to be 70 percent more infectious than the original, resulting in a surge in COVID-19 cases, forced the government to reimpose tough restrictions on people’s movement and activities — a particular blow with the approach of the Christmas holiday.

Worse, dozens of countries in Europe and throughout the world banned travellers from the UK,  and France suspended freight traffic across the Channel, which is how the UK obtains most of its fresh fruit and vegetables in winter and exports perishable live seafood to Europe. At one point this week more than 9,000 trucks were stacked up in the southern county of Kent, denied entry to the port of Dover, the drivers living in their cabs and running out of food.

Under pressure from the European Commission, which declared France’s reaction excessive, Macron relented. Travel will be permitted from the UK to France with a negative PCR test for the coronavirus, and stranded truck drivers who undergo a faster lateral flow test may resume their journeys. Nevertheless, it will be after Christmas before the truck backlog is cleared.

The haulage chaos may be a harbinger of what is to come if there is no Brexit trade deal before the deadline of Dec. 31, when the exit transition period ends. Any deal at this late stage would be “skinny,” and we would be into 2021 before the European Parliament can ratify it, but it would be better than nothing. As for the virus, we can only pray that vaccines will bring it under control.

The people who bear the brunt of both these burdens are not government ministers, Brexit negotiators or captains of industry, but ordinary British people who are the backbone of society. They deserve to see their country again as “Cool Britannia” – a place where they can be proud to live.