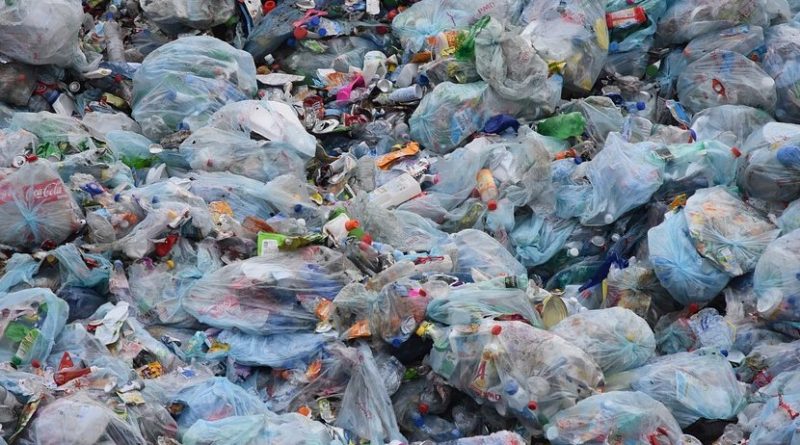 Governments and companies are working actively around the world to create a circular economy for plastics. The momentum is strong – the Global Alliance has committed $1 billion to fight plastic waste and is focusing on implementing full solutions that governments and cities can put in place. “It will take collective action,” said James Quincey, Chief Executive Officer of The Coca-Cola Company, adding that the consumer goods industry is working in a pre-competitive and collaborative space to make a real impact worldwide.

For Coca-Cola and other beverage companies, the issue is water use and packaging. Coca-Cola is working to collect all products and reuse them, said Quincey. Just as the industry has delivered products that are easy to buy and use, it now needs to make it easy to take back and reuse products, especially end-of-life plastics. The European mandate that beverages companies collect 90% of all single-use plastic containers by 2025 has lent urgency to their actions, he said.

The strategy has to include giving a value to each bottle and incentivizing the consumer to return it. This has been done successfully in some countries – 60% of the company’s bottles worldwide are recovered, recycled and reused, he said – and innovation will make it even more efficient. Even with existing technology, there have been successes such as in Mexico and South Africa, where recycling has gone from 10% to 70% in a decade. Action on PET plastics is imminent, though other kinds of plastic will take more innovation. From a long-term perspective, the value proposition has to be compelling – recycled PET bottles must become the norm, available at the price of entry.

Many leaders of consumers goods companies have a personal belief that this needs to be done. “We are all fathers, we will be grandfathers someday,” said Ramon Laguarta, Chairman-elect and Chief Executive Officer of Pepsico. NGOs play a big role, he said, adding that the “right level of tension supported by the right level of dialogue and finance” can lead to workable solutions that can be scaled up.

On the technological front, Laguarta said, innovation is taking place along several vectors: technologies that help make dirty PET into reusable, clean PET; materials with functionality that can carry beverages but are biodegradable; and new business models that, say, give consumers the option to create their own beverages. His company last year partnered with sustainable plastic company Loop Industries to create a circular packaging initiative, he said, adding that there are specific markets, specific actions and specific funds going into solving the plastics problem.

The problem of plastic pollution is most acute in developing countries where no infrastructure for waste management and scientific recycling exists, said Jim Fitterling. Chief Executive Officer of The Dow Chemical Company. Much waste in China and India is dumped into rivers and ends up in oceans. These countries need to design their waste management systems for 100% recyclability, to build the infrastructure and the value chain to collect used plastics, and to recycle and reuse them. “It’s about putting a value on waste plastics, which currently people think has zero value,” he said. Some things are much harder to recycle, and alternatives have to be found to reduce production and use of such materials and replace them with newer materials, such as packaging that biodegrades.

Innovation and research are a big part of the solution, Fitterling said, adding that for the 35 years that he has been with Dow, the company has been focusing on source reduction, cutting waste in half, making plastics better and taking leadership in the industry. More recently, these efforts have been stepped up in what amounts to “mobilizing a global circular economy army,” he said.

Presenting the developing country perspective, Trang Hong Ha, Minister of Natural Resources and Environment of Viet Nam, said his country is ready to roll out a strategy for solid waste management, which will include tax-led deterrents, a stop to all import of plastic scrap, government support and financing for recycling projects, new standards for waste treatment, knowledge exchange with research organizations and businesses and global cooperation.

France has been behind its EU peers on recycling, but has made circular economy a priority, said Brune Poirson, Secretary of State at the Ministry of Ecology, Sustainable Development and Energy of France. Its roadmap includes a ban on single-use plastic such as cutlery, which will entail behaviour and cultural changes; recycling, by encouraging 55 companies and collectives of companies to incorporate more recycled plastics in the products they use and commercialize; and a push for the same kind of policies at the EU level, and then at the G7.

At the G7, France is building a coalition where 20%-25% of stakeholders are taking action under the One Planet Summit, putting pressure on the remaining 80% to join, and to show the regulator that there is no excuse to not regulate.

Poirson said that, in France, the extended producer responsibility system has not yet worked very well. “When businesses don’t do it well enough, governments have to step in,” she said, adding that government and business are working in close collaboration, with an emphasis on identifying business models that are working and improving how public money is being allocated and used. There has been progress, but the road is long and many other sectors (such as fashion) must get on board. Citizens must put pressure on government, especially their mayors, she said.

Consumers are increasingly concerned about the plastics problem, and some are ready to pay for more eco-friendly solutions, Laguarta said. But this is not true for all consumers. In many ways, companies are ahead of demand, and by the time demand becomes big enough, they will have solutions ready. Overall, brands that have a purpose – which show an impact on society – grow faster, so there is a clear incentive to move brands into that space, he said. Education plays a crucial role; in Switzerland, for instance, kids think about recycling from the first year of school, but in the US or Spain, they do not. Brands can play a role in educating consumers.