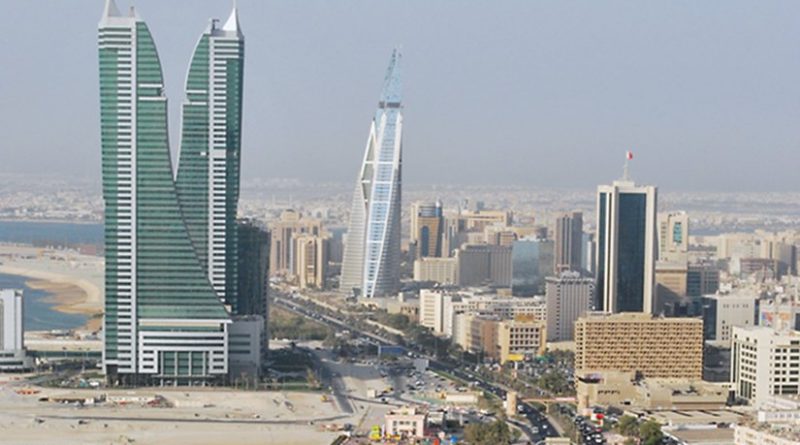 The government is trying to mislead the international media and spread propaganda about sectarianism in Bahrain. From the beginning of the demonstrations at Pearl roundabout, it sometimes seemed that we put aside our demands just to express the unity and love amongst Shia and Sunnis.

The Shia here have been oppressed for so long, that you would have thought there would be some anger, or at least an expression of Shia pride or defiance. But this hasn’t been the case at all. The chants were mostly things like “Shia and Sunni are one people” or “My country, my country, is Sunni and Shia, Sunni and Shia”. There were car stickers reading “Sunni and Shia are brothers”, and protesters held cut-outs of hearts that read, “My Sunni brothers are in my heart.”

On Pearl roundabout, people were calling for a Sunni, rather than a Shia imam to lead the prayers, to show the world that to us it makes no difference, we are all one. Ibrahim Sharif, one of the leading Sunnis in the protests, was carried on people’s shoulders when he came to the roundabout. This is really important. Even after the martyrs started to fall, and the crackdown on Shias intensified, people still went to demonstrations with the same message – the Bahraini people are one, and our enemy is the regime.

The first protest I went to was in the village of Sitra, on February 14. Sitra is known to be one of the strongest centres of opposition, a Shia village and one of the poorest places in the country. We didn’t get to demonstrate for too long before the riot police attacked us. The boys all had their hands up in the air chanting, “Peaceful, peaceful.” But they were attacked anyway.

Everyone started running to get away from the rubber bullets and the tear gas. I ran into a stranger’s house and ended up staying there for four or five hours, maybe even longer. They were bringing people in who had been hit in their legs by rubber bullets; people who were suffocating from tear gas and we were trying to help them however we could.

The children were scared; and everyone was frightened that the riot police would come into the house, so we were all sitting huddled inside, waiting for a chance to go somewhere safer. It was very sad. When the people who lived there found out I wasn’t from Sitra, they started telling me stories of their life there – how low the salaries were and how their sons and brothers were being persecuted for their political beliefs.

One person told me that two of their brothers and a cousin were political prisoners and had been in detention for the last seven months. Now the family was told that the boys might stay in prison for years. “How long are we going to leave our young people to suffer like this?” they asked.

Yet even in Sitra, there was never any anti-Sunni feeling – it was all anti-monarchy. In Bahrain, because of the sectarianism, Sunni mosques were always bigger than Shia ones. There is a very big Sunni mosque in Sitra but I saw villagers interviewed who said they would give their lives to protect it.

But through state-owned Bahrain TV and through government-controlled newspapers, the government is sending a message that sectarianism is driving the protests, and that the violence is between the two sides, Sunni and Shia. They are spreading rumours and outright lies so that the Sunni here will be afraid.

What is depressing is that some people believe them. For instance, when Bahrain TV was invited to the roundabout to cover the protests, they were treated very politely, even though protesters knew they work for the same oppressive regime we are trying to overthrow.

But afterwards a picture was circulated of a man with a bloody head wound in front of the crowds at the roundabout and the story leaked that the reporter had been roughed up. It turned out that the photo had been from a man beaten in Egypt, and had been photoshopped onto the picture of the roundabout. But it had an effect. Even now, I talk to people via Twitter or Facebook and they say – how can we trust the protesters when they beat up journalists?

There are also some rumours being spread via Facebook and Twitter, for instance, that Shia doctors refused to treat Sunni patients. I was there myself in Sulaimaniya hospital and saw doctors and nurses crying because the government forces would not allow them to send ambulances out to treat people.

I saw doctors treat known government thugs because they said it was their duty to help everyone. I saw paramedics come back with no patients but bleeding and with bruises because they were beaten by riot police who wouldn’t allow them to take the injured with them.

There is a lot of fear among some Sunnis in Bahrain. The problem is they some are getting their information through Bahrain TV and believing reports that are full of lies. This is not something new, because our government has been trying to spread sectarianism through lies for a long time now – it just intensified after the revolution. The concept of divide and conquer is not something new, and it is expected that the regime will use it.

Yet I have not met one person, from the start of the protests until today, who has said that they hate Sunnis or that they want to do something against them. The protesters blame the monarchy, not their Sunni brothers, for the oppression we have suffered, and it breaks our hearts when we see that the world seems to believe the lies of the regime.

It is the sectarianism practiced by the regime that is very alarming. At checkpoints, they are asking people if they are Muslim or Rafithi – which is a derogatory term for Shia – and people feel like they have to lie about their background and maybe even their name to be safe and to be allowed to pass. Others say that Saudi soldiers deployed in the country treated them like they were not human because they are Shia, and that they were cursed for being Shia while being beaten up.

Yet despite all this pressure from the authorities, the protests are going on, albeit in less conventional ways.

Funerals for martyrs often turn into demonstrations. Today was the first funeral procession of a woman killed in the protests. I have been to three so far and they are part mourning, part protest, ending up with calls for the invaders to leave and for the downfall of the regime.

We’ve been showing our dissent too by breaking the curfew. In Sitra, people went out on a candlelit vigil. Even though villages are not under curfew, they are still surrounded by the army, and this is a way for people to show they refuse to be intimidated into sitting at home.

And another way people have expressed their dissent is by coming out on their roofs, at 8pm and at 10pm, to shout Allahu Akbar (God is great) for ten minutes. It’s amazing to see and hear people do this, in villages all over, men women and children. The army has shot at them – but they still do it.

One guy was taken down from his roof by security forces and beaten very badly. Today, I heard that he had died from his injuries. And still people carry on. This is one way of showing we are united and won’t back down.

I read yesterday that the political parties are saying they are ready for dialogue, dropping some of the main demands that they had previously called for. Even if that’s true, it isn’t popular. It is a sign of weakness to back down on rightful demands because we are being attacked – but Bahraini society is still very strong. After seeing people beaten to death, and others shot with live rounds, I am amazed that people are still not afraid to go out and protest and still shout “Down with the regime”.

Zainab Al-Khawaja is a 27-year-old mother-of-one from Manama. She is a Shia citizen of Bahrain. This article appeared in IWPR’s The Arab Spring report Arab Spring No. 7