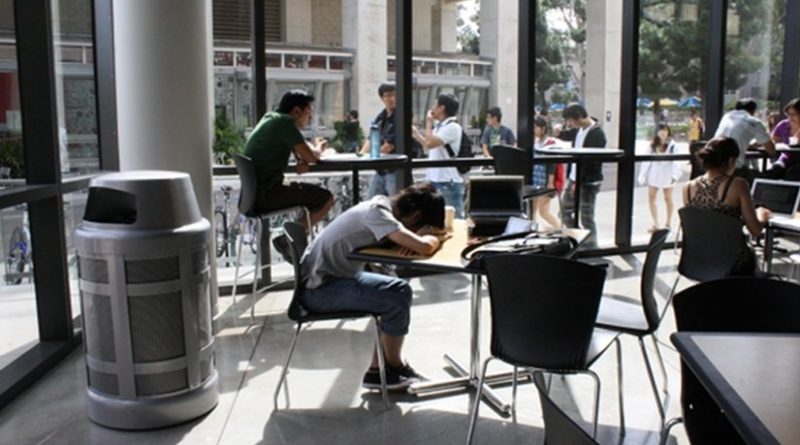 Asian Americans graduate from university at far higher rates than white Americans, but despite this are no more likely to hold professional or managerial jobs, according to a new study.

The findings suggest that Asian Americans face additional barriers and discrimination when trying to climb the career ladder at work, a phenomenon known as the ‘bamboo ceiling’, an invisible barrier akin to the ‘glass ceiling’ faced by women.

It has long been known that the US-born children of Asian immigrants–a population known as the “Asian second generation” are not only more likely to be college-educated than the US general population, but are also more likely to graduate from the nation’s elite universities. While Asian Americans make up only 6.3% of the US population, they account for about a quarter of all students in the Ivy League institutions in the US. However, until now, it has not been known if these advantages crossover into the workplace.

In the Ethnic and Racial Studies article, three researchers–Van Tran, Jennifer Lee and Tiffany Huang–from Columbia University, New York City pooled over a decade of data from the Current Population Survey (2008-2016), a monthly survey of about 60,000 US households conducted by the United States Census Bureau. They then used this dataset to analyse graduation rates among the five largest Asian groups in the US – Chinese, Indians, Filipinos, Vietnamese and Koreans. Together these groups account for 83% of the country’s Asian population. They found that all five groups are more likely to have graduated from college with a bachelor’s degree than white Americans.

However, despite this educational advantage, Asian Americans are less likely to secure positions in top-tier professional jobs than white Americans with the same qualifications as them. The only exception was secondgeneration Chinese graduates, who are one and a half times more likely than whites to be in a professional or managerial position, after controlling for age, gender, education and region of the country.

“Despite their exceptional educational credentials, we found clear evidence that Asians professionals are overcredentialed in education to achieve parity with whites in the labor market,” says Van Tran, Assistant Professor of Sociology at Columbia University who led the study.

“To be clear, Asians are not under-represented in the managerial and professional occupations–three quarters of second-generation Chinese and Indians report being in a managerial and professional occupation. However, second-generation Asians are significantly under-represented in senior-level leadership positions, considering how well-credentialed they are, even after accounting for many demographic factors.”

According to the authors, there are a few factors that could explain Asian Americans’ lack of career progression.

“The same stereotypes that help Asians succeed in the educational domain (i.e. being smart, competent and hardworking) may actually hurt them in the labor market, where Asian Americans are sometimes perceived to be less vocal, less assertive, lacking in social skills and leadership potential,” says Professor Jennifer Lee.

“Asian American professionals are also often excluded from the informal power networks in the workplace, which sometimes matter more than competency when it comes to being promoted into the leadership ranks.”

Another potential reason is that second-generation Asian professionals often lack Asian role models and effective mentors in the workplace.

Whatever the reasons, the findings are especially timely, as Harvard University has been accused in a high-profile legal case of discriminating against Asian American applicants. A conservative advocacy group, Students for Fair Admissions say that Harvard artificially suppress the number of Asian American students by holding them to higher academic standards than whites, and rating them poorly on personal characteristics.

“We hope that our findings will spark a broader conversation about the disadvantages faced by Asian American professionals across the country, and more importantly, about what policies might be put in place to help promote more equal treatment and opportunities to all groups, including not just Asians, but also whites, blacks and Latinos in the US,” says Professor Van Tran.