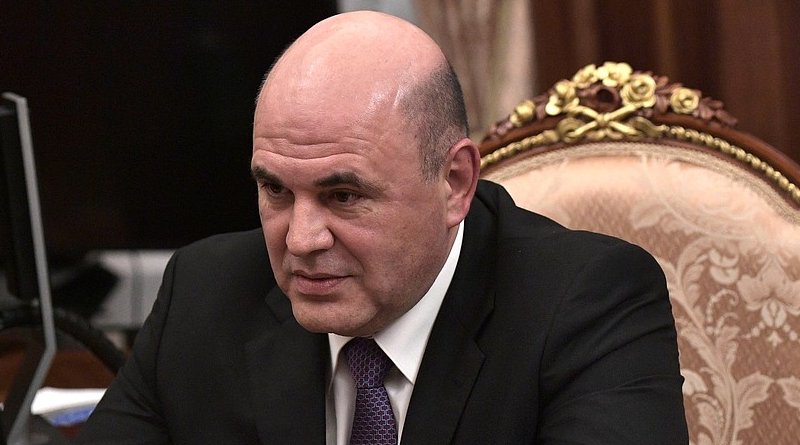 Russia’s new premier, Mikhail Mishustin, is facing the considerable challenge of rebooting an ambitious multi-billion-dollar nationwide investment program that looks to be falling well short of its goal of reviving the country’s stagnating economy.

Vladimir Putin’s flagship economic venture, the ‘National Projects’, effectively a massive Keynesian stimulus package aimed at restoring the country’s fortunes, has been beset by problems since its launch at the beginning of last year. Moreover, economists believe that the spending program is unlikely to boost Russian growth, which last year registered just over 1%. The president wants to average 3% plus by the end of his term.

State budgets for the 13 projects – designed to revitalize a number of sectors, from education, health, housing, science and infrastructure – have been markedly underspent while questions have been asked about the private sector’s willingness to participate in the projects, a big concern since Russian business has been invited to put up just under a third of the investment through public-private partnerships.

Former premier Dmitry Medvedev’s lackluster stewardship of the National Projects, which will run to 2024, the end of Putin’s current presidential term, appears to have contributed to his dismissal in January’s surprise government overhaul.  But his successor, Mishustin, widely regarded as a competent administrator, credited with transforming the Russian tax system, will nonetheless have his work cut out to improve the efficiency of the implementation process and to get domestic investors on board.

Putin has warned the new government that Russia has to get its flagship initiative back on course as in the future there may not be “this kind of money” to spend on national development goals. Western sanctions have spurred Russia to protect itself from economic headwinds by building up budgetary surpluses and huge foreign currency reserves, $570 billion, the fourth largest in the world. Some have described Russia as a “fiscal fortress”, but growth in recent years has been weak. The coronavirus and falling oil prices will put a further strain on finances, with this year’s budget anticipated to fall into deficit and the economy forecasted to contract.

Since western sanctions were imposed in 2014, real disposable incomes have stagnated – only last year registering a modest growth – while consumer debt and bankruptcies have climbed. Living standards have been further undermined by a VAT hike and the extension of the age at which Russians can draw pensions. All of which has resulted in declining public confidence in Putin. His National Projects are seemingly as much about repairing his reputation as breathing new life into a moribund economy too heavily dependent on oil and gas earnings.

The overarching aim of the National Projects is to accelerate economic growth through improvements in the social sphere and an overhaul of Russia’s outmoded infrastructure, including roads, railways and waterways. Some $400 billion has been allocated for all the projects, but spending it is proving problematic. Government figures have revealed that over the course of the first nine months of last year just over half of the allocated budget was spent.

Observers have offered a number of explanations for the shortfall. Some have pointed to poor management and bureaucratic delays, such as the need for multiple clearances and approvals for the transfer of funds from federal to regional budgets and little communication or coordination between authorities and business. Others have cited disagreements over which mega-infrastructure schemes to greenlight. In some instances, cost considerations appear to have been an issue.  Plans for a $5 billion rail bridge to energy-rich Sakhalin Island were abandoned because of concerns over utilization, while a high price tag led to the scrapping of a high-speed link from Moscow to Kazan.

For officials, ensuring that proper procedures are adhered to and making defensible decisions on investments are paramount. Putin has been keeping a close eye on what has all the hallmarks of a legacy project, and one of his biggest concerns is potential squandering of funds through corruption and other forms of maladministration. Indeed, Leonid Bershidsky, Bloomberg Opinion’s Europe columnist, suggested late last year that it was possible that funds had not been used because bureaucrats were worried about spending money “in ways that would land them in trouble.” Since the National Projects are “Putin’s personal plan,” he explained, they are under the scrutiny of the president’s “increasingly powerful and well-funded enforcement apparatus.”

Bershidsky reported that in November the Prosecutor-General’s office disclosed that it had identified 2,500 different irregularities in the administration of the projects, mainly in the distribution of subsidies and procurement. Some of these, said Bershidsky, would end up in criminal cases, so it was “no wonder the procurement budget was only 14 per cent spent by the end of September.” One former central bank official had suggested that it would be impossible to avoid breaking regulations for spending funds because of the way the rules had been drafted.

But officials’ foot-dragging, whatever the reason, is only part of the problem. Russian businesses and entrepreneurs partnering with state agencies have been reportedly slow to commit resources, reflecting a lack of faith in Putin’s endeavor. Nearly 80 per cent of attendees at the high profile St Petersburg International Economic Forum in June said they did not believe that the National Projects could achieve their goals, essentially a vote of no-confidence in the state’s increasing role in economic life.  In November, even state-owned VTB Bank raised doubts about some of the projects meeting their targets.

According to Ben Aris, the editor-in-chief of the CIS business publication BNE Intellinews, the Russian president has failed to create conditions in which businessmen want to invest in their own country. Writing in the Harvard Kennedy School’s Russia Matters last May, Aris suggested that the National Projects were more likely to deepen the crisis of confidence amongst Russian entrepreneurs “by entrenching Russia’s increasingly state-led economic model,” pointing out that there was nothing in the spending program addressing property rights, the rule of law, making the government more accountable, or other measures that might give businesses some grounds for optimism.

Their concerns are underlined in an IMF assessment of the National Projects’ potential. It acknowledged last May that if implemented effectively, infrastructure spending could promote modest growth of up 0.5 per cent. To significantly better that, it believes, the Russian government would need to introduce reforms that address the lack of competition in the economy and the related issue of the size of the state’s footprint. With Putin unlikely to reverse the growing nationalization of Russia, his ambitious plans, for now at least, seem destined to under deliver.

*Yigal Chazan is the head of content at Alaco, a London-based business intelligence consultancy. This article was published at Geopolitical Monitor.com