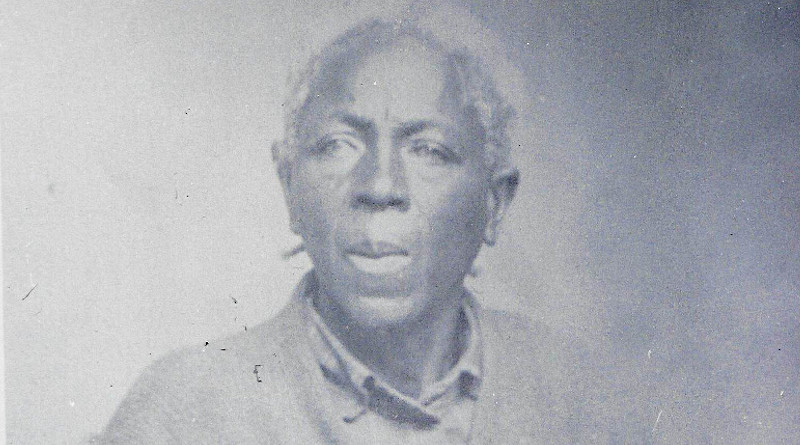 Johnny Crear, from Selma, Alabama, had no idea of his Grandmother Matilda’s history until her story was uncovered by Dr Hannah Durkin.

Matilda McCrear was captured by slave traders in West Africa when she was just two years old and taken to the USA on the Clotilda, the last ship to transport enslaved Africans to the country when it docked in Mobile, Alabama in July 1860.

“I had no idea she’d been on the Clotilda,” said her 83-year-old grandson. “It came as a real surprise.

“Her story gives me mixed emotions because if she hadn’t been brought here, I wouldn’t be here. But it’s hard to read about what she experienced.”

Dr Durkin’s research shows Matilda is the last known survivor of the Clotilda. She died in 1940, aged either 82 or 83, three years after Sally ‘Redoshi’ Smith, who was previously understood to be the slave ship’s last survivor.

McCrear’s story, as uncovered by Dr. Durkin, is one of the few biographical portraits of a female slave trade survivor and the first to describe a West African family’s experiences of transatlantic slavery and its aftermath.

Matilda was transported to the USA with her mother Gracie, her three elder sisters and the man who would go on to be her stepfather.

Matilda’s family was split up immediately when two of her brothers were left in West Africa. She would never know what happened to them. On arrival in the USA, Matilda was bought by Memorable Walker Creagh along with her ten-year-old sister Sallie and her mother Gracie. Gracie was forcibly paired with Guy, another Clotilda survivor, while her two oldest daughters were bought by another slave owner and never seen again.

“In some ways Matilda was more fortunate than the vast majority of Middle Passage survivors,” says Dr Durkin. “She got to stay with her mother and one of her sisters, and because she was only two when she was taken from Africa, she was still very young when she was emancipated.

“But make no mistake, her life was incredibly hard. The story of Matilda and her family highlights the horrors of slavery, the abuses of the US South’s sharecropping system, the injustices of segregation and the suffering of black farmers during the Great Depression.”

Matilda’s story came to light when Dr Durkin, a Lecturer in Literature and Film in the School of English Literature, Language and Linguistics, found an interview with her in the Selma Times-Journal while researching the life of Redoshi. She then looked through census records and other genealogical data to piece together her life.

“Matilda’s story is particularly remarkable because she resisted what was expected of a black woman in the US South in the years after emancipation,” says Dr Durkin. “She didn’t get married. Instead, she had a decades-long common-law marriage with a white German-born man, with whom she had 14 children. Even though she left West Africa when she was a toddler, she appears throughout her life to have worn her hair in a traditional Yoruba style, a style presumably taught to her by her mother. She also changed her surname from Creagh – her former enslaver’s spelling – to McCrear.

“One of her most striking acts of resistance came when she was in her 70s and this is what led to her being interviewed by the Selma Times-Journal.”

Matilda was interviewed by journalist Octavia Wynn for the newspaper because she had made the 15-mile journey from her home to Dallas County Courthouse in Selma to make a claim for compensation for herself and Redoshi as survivors of the Clotilda.

At the time Cudjo ‘Kossola’ Lewis was widely considered to be the last survivor of the Clotilda and had received financial assistance as a result. Matilda and Redoshi – both elderly women – embarked on a 300-mile round trip from their homes in rural Dallas County to Africatown, near Mobile, Alabama in December 1931 to visit Lewis, who on their arrival acknowledged them as fellow Clotilda survivors.

However, when Matilda took their claim for compensation to Selma, it was dismissed and she left empty handed.

These stories of Matilda’s resistance to racial oppression and fight for compensation tie in with stories Johnny has heard about his grandmother. He said: “I was told she was quite rambunctious.”

Johnny was born in the Selma house Matilda died in, and while he doesn’t remember his grandmother, her funeral is one of his earliest memories. “I was about three years old and I got away from my parents and almost fell in the grave,” he says.

Learning about his grandmother has also cleared up a few family mysteries. “My wife was researching our family history and we could only get so far,” he explains. “The name Creagh would come up but as ours is spelled Crear, we didn’t make that connection. We didn’t know it had been changed.”

One thought on “The Remarkable Life Of Matilda McCrear: The Hidden Story Of Last Transatlantic Slave Trade Survivor”