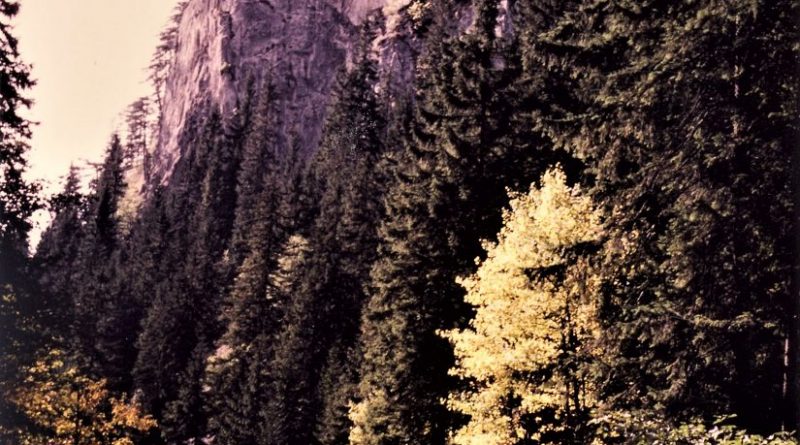 Site of the Korićani Cliffs massacre on Mount Vlašić in central Bosnia and Herzegovina. Photo by Yahadzija, Wikipedia Commons.

Muslim, Orthodox, Catholic and Jewish religious leaders made a first joint visit to sites where war victims were massacred in Bosnia and Herzegovina in a bid to promote reconciliation.

In an effort to show respect for victims from each other’s communities, members of Bosnia’s Interreligious Council on Monday visited several locations where atrocities were committed against people from the country’s various ethnic groups during the 1992-95 war.

This was the first time that religious leaders from different faiths have jointly paid their respects to victims from each other’s ethnic groups.

“The time has come for everybody to honestly feel shame for all that has happened among us,” said Serbian Orthodox bishop Vladika Grigorije, Bosnian news site Klix reported.

The clerics and the minister visited the Jewish Municipality of Sarajevo, the capital’s Kazani district, Krizancevo Selo, Kruscica and the Koricani cliffs, where they prayed for the souls of the victims killed there together.

The Koricani Cliffs massacre took place in 1992, when some 150 Bosniak and Croat civilian prisoners were executed and their bodies thrown into the ravine.

The number of Serbs and Croats killed in Kazani by Bosniak-led Bosnian Army troops in 1992 and 1993 has yet to be officially determined, but local media have estimated that it is about 30.

In Krizancevo selo, near the town of Vitez, Bosnian Army troops killed dozens of Croats in 1993.

The village of Kruscica was the site of a World War II concentration camp set up by Croats, where thousands of mostly Jewish victims were rounded up and died.

“We could say this is coming late – it is something they should have started to do right after the war in Bosnia,” Edina Becirevic, author of the book ‘Genocide on the Drina River’, told BIRN.

During the 1992-95 conflict, religion played a major role in the campaigns that nationalist parties from the different ethnic groups led against each other.

Religious sentiments have often been manipulated for political gain and local religious communities have been closely connected to the dominant ethnically-based parties, said Becirevic.

“The fact that they [the religious leaders] agreed to do this may also mean that ethnic parties might follow suit, and also have a more inclusive approach when it comes to reconciliation among the peoples,” she said.