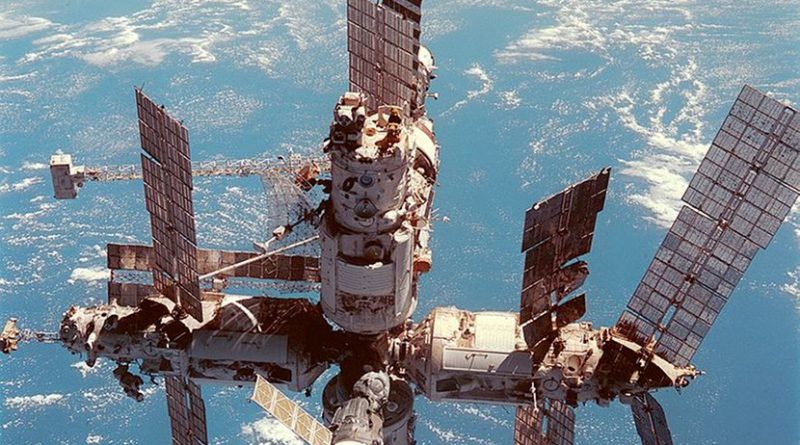 Recent developments in outer space activities point to the urgent need to get global space governance talks back on track. Japan’s launch of a new defense space unit within the Air Self-Defense Force, Russia’s ASAT test last month, and the announcement by France of its new defense space strategy are indicators of rapidly change space security dynamics. The absence of successful multilateral discussions could accentuate security concerns and force states to rely on deterrence in space as a state policy, with negative consequences for all. While this is yet to happen, there are signs of states beginning to act as if they are not left with any choice but to develop deterrence strategies for space. It is also to be noted that the window of opportunity for states to engage in talks is already quite small and any delay holds out the possibility that outer space could emerge as an active domain for conflict.

This week, Japan launched a new defense space unit, the Space Operations Squadron, to track space debris and suspicious satellites in an effort to prevent satellite collisions. The squadron will be part of the Air Self-Defense Force (ASDF), and will be based in the ASDF’s Fuchu base in Tokyo. It is initially planned to be a small unit with 20 personnel, to be gradually increased to around 100. Despite the small size, experts suggest that the establishment of the new unit is a recognition of Japan’s greater reliance on space  As noted in the December 2018 National Defense Program Guidelines, the newly-formed division is meant “To ensure superiority in use of space at all stages from peacetime to armed contingencies.” But given the contested and competitive nature of space including deployment and use of counter-space capabilities, the guidelines also seek to “to strengthen capabilities including mission assurance capability and capability to disrupt opponent’s command, control, communications and information.” Reports suggest that the new unit will also be engaged in Japan’s satellite-based navigation and communication for the troops in the field. Japanese Defense Minister Taro Kono said that the new squadron will collaborate with the United States, especially the U.S. Space Command that was set up last year. On the domestic front, the squadron will cooperate with the Japan Aerospace Exploration Agency (JAXA) with the goal of establishing a space monitoring system by 2023. Japan plans to launch its own space surveillance satellite by 2026. Meanwhile, in August 2019, Japan announced plans to develop a satellite interceptor by the mid-2020s in order to have the option to counter attack satellites if Japanese assets in space are targeted. There will be a formal decision on it by the end of March 2021. This development rises again from Japan’s concerns about how certain countries could use counter-space capabilities to disrupt, disable or destroy satellite networks.

Japan’s move comes against the backdrop of increasing space security competition among the major space powers. There are also growing concerns in Japan about security threats from China and Russia, which have been developing counter-space capabilities to interfere, deny, disable or even destroy satellites. China’s development of a robotic arm and ASAT missile capabilities has been referred to in this context in Japanese writings. Similarly, Russia’s multiple anti-satellite tests remain a concern. Even though Japan has maintained a peaceful space program, there are compelling security factors that are beginning to impact Tokyo’s future space orientation. This is also in line with the National Defense Program Guidelines of December 2018, which seek to augment Japan’s military capabilities as far as outer space, cyberspace, and the electromagnetic spectrum are concerned. The guidelines for FY19 and beyond noted that “rapid expansion in the use of new domains, which are space, cyberspace and electromagnetic spectrum is poised to fundamentally change the existing paradigm of national security.”

Similarly, France undertook some significant changes to its space policy, driven by what it sees as developments “threatening our freedom of access and action in space.” Accordingly, France in July 2019 introduced certain institutional changes, with national space governance being reviewed and placed within a Space Command, which remains under the Air Force. India, too, has been making gradual changes to its approach toward space. Even as it continues reiterating that it is for peaceful use of space, there are significant changes on the ground including its anti-satellite (ASAT) test in March 2019. India’s main concern in the space domain, as in many other areas, comes from China. China’s ASAT test in January 2007 led to new domestic debates on how India must protect its own assets. The debate included whether India should have a demonstrated capability or not. Certainly, India wanted to avoid what happened in the nuclear domain, where non-testing left it outside the emerging nuclear non-proliferation regime.

Meanwhile, Russia conducted an ASAT test just last month, which received prompt attention from the strategic and national security communities in major capitals. While the test of the Russian Nudol interceptor did not create any cloud of orbital debris, it did raise concerns since it can destroy satellites in low earth orbit. Gen. John W. “Jay” Raymond, USSPACECOM commander and U.S. Space Force Chief of Space Operations said on Twitter: “Russia’s DA-ASAT test, capable of destroying #sats in Low Earth Orbit, is an example of growing threats to U.S. & Allied #Space systems. U.S. is ready, committed to #deter aggression & #defend the Nation & our Allies from hostile acts in space.”

The renewed Russian interest in developing and testing ASAT and co-orbital ASATs will continue to create more tensions and frictions among the major space players. The range of Russia’s counter-space capabilities is impressive and alarming. As far as its low Earth orbit (LEO) direct ascent capabilities are concerned, they have already crossed the R&D phase and moved to the testing phase whereas direct ascent in MEO/GEO (medium Earth orbit/geostationary Earth orbit) are believed to be in the R&D stage. Similarly, LEO co-orbital capabilities have crossed R&D and is in the testing stages. They have some significant capability on the electronic warfare means and space situational awareness.

There is clearly a spurt in activities as far as space and national security dynamics are concerned. The return to ASAT testing to the establishment of specialized military space units such as China’s PLA Strategic Support Force and the U.S. Space Force are a demonstration of the deteriorating space security environment. Development of counter-space capabilities is not new but states are showing greater willingness to develop and test such capabilities. In the absence of effective multilateral discussions, it is difficult to halt these disruptive and destabilizing trends. All of this indicates that there is a new normal emerging with regard to outer space activities. Prof. Chris Newman of Northumbria University in a presentation recently argued that a “normative behaviour is emerging and ASAT tests are a part of that normative framework.”

Unfortunately, a new treaty-like mechanism is hard to come by for a number of different reasons. The most significant challenge is the lack of political will and the inability to develop consensus among major space powers. Equally challenging are definitional issues and the dual-use nature of outer space which makes it difficult to frame appropriate rules. Finding a middle ground between legally-binding and voluntary measures is the only possible pathway in the immediate future.

Home » It Is Time For Space Governance Talks – Analysis