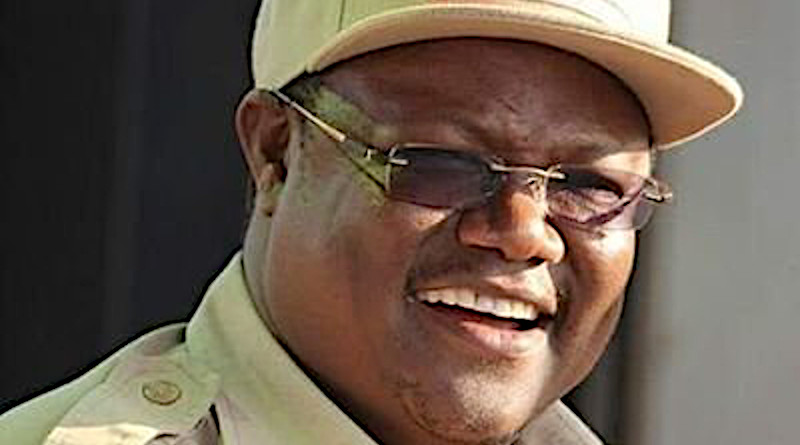 Robert Amsterdam, an international lawyer working on behalf of Tanzanian opposition leader Tundu Lissu, has published an open letter addressed to numerous Tanzanian officials and international organizations expressing concerns for Lissu’s safety upon his scheduled return to the country on July 27.

In the letter, Mr. Amsterdam writes that he is “profoundly and urgently concerned for the safety and security” of Mr. Lissu, and that his firm intends to “hold accountable all public servants in the current administration of the Government of Tanzania with regard to the human rights, civil rights, and physical safety of the opposition leader.”

On 7 September 2017, Mr. Lissu, an outspoken critic of the regime of President John Magufuli, suffered a brazen assassination attempt in which he was shot 16 times. Following his emergency evacuation from the country, Mr. Lissu was eventually stripped of his parliamentary seat and subjected to a series of politically motivated accusations, says Mr. Amsterdam.

Amsterdam’s letter, which was addressed to Simon Sirro, Inspector General of Police, Diwani Athumani Msuya, Director General of the Tanzania Intelligence and Security Service, and numerous other Tanzanian law enforcement and security officials, with copies sent to officials at the UN, African Union, EU, Commonwealth, and governments of South Africa, United Kingdom, and the United States, indicates that any attack upon Mr. Lissu’s human rights would result in immediate responses and applications for relief.

The letter indicates that the firm would consider requesting applications against any relevant Tanzanian law enforcement officials for sanctions under the Global Magnitsky Act and similar laws, which would prohibit international travel and involve asset seizure in the applicable countries.

Mr. Lissu’s decision to return to Tanzania and contest for the upcoming presidential elections has prompted international statements of concern. The Committee on the Human Rights of Parliamentarians of the Inter-Parliamentary Union issued a statement on July 24 that “urges the authorities to ensure that Mr. Lissu receives the necessary protection and that he is allowed to exercise his rights of freedom of expression and freedom of assembly. The IPU Committee also calls on the authorities to investigate the 2017 assassination attempt to identify and hold to account those responsible.”

“The world is watching Tanzania, and it is our hope that peace and rule of law are observed by the Magufuli administration,” said Amsterdam. “However given the past record of eroding freedom of speech and assembly rights, there are serious concerns ahead of the October 28 elections.

The full text of the open letter can be read on https://robertamsterdam.com/tundu-lissu.

Amsterdam & Partners LLP is an international law firm engaged in matters and representations globally and throughout Africa, Asia, and Latin America. The firm has represented clients such as the opposition Ugandan Member of Parliament Robert Kyagulanyi (Bobi Wine), the former President of Zambia Rupiah Banda, and the Republic of Turkey, among other clients.